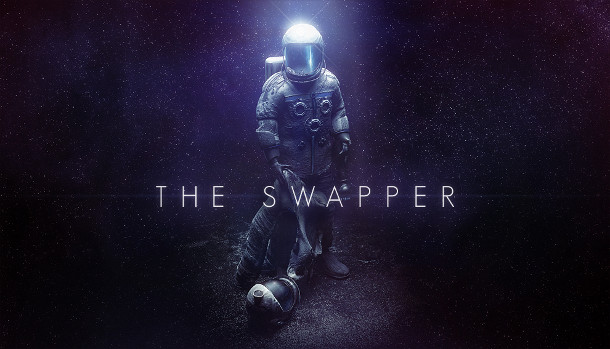 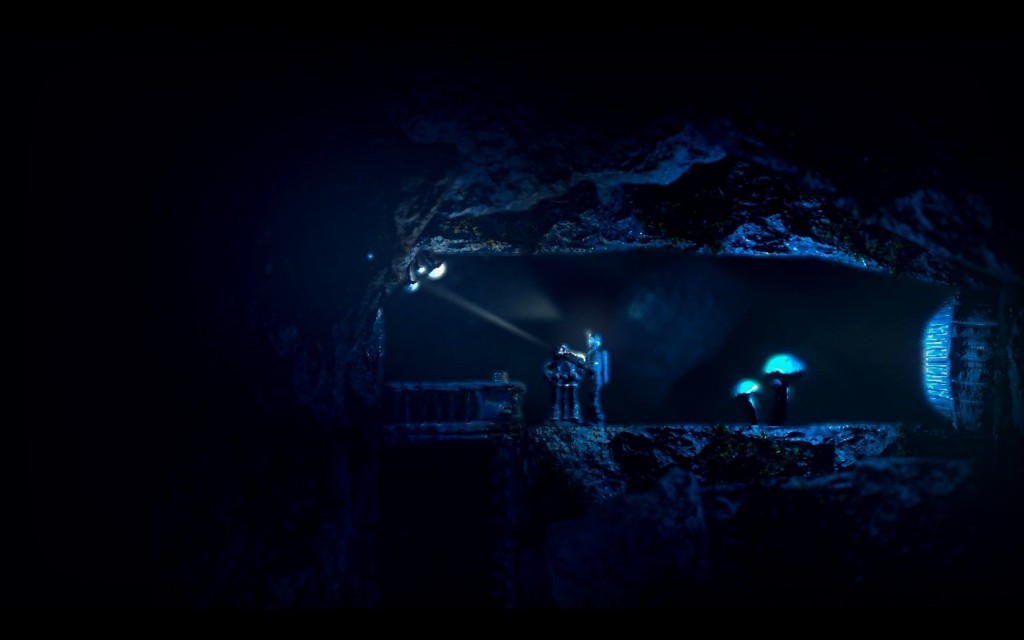 The game has amazing lighting.

In The Swapper, you play as a female scientist aboard a space research facility. The scientists there have harnessed the ability to clone themselves using a gun-like device called the Swapper. The clones (up to four can be created) are empty shells of your body. While they follow your every movement in sync, they can not operate the Swapper they possess. You can use the secondary feature of the Swapper, which allows you to transfer your soul to one of the clones, becoming the clone. The science behind this is debated by some of the scientists in their research logs. Unfortunately, they’re all dead, so you can’t have one of those deep, late night philosophical discussions with them. Some believe that the soul truly exists, and that this device is the gateway for transferring it. Others believe that the soul is just some chemical and biological feature of the brain that hasn’t been unlocked and fully understood yet, but has no spiritual component to it. According to the logs, though, when two people swap and then swap back to their original bodies, they lose the memory of what transpired in the other’s body, so it’s difficult to decide what actually happens.

Note: The following paragraph is a bit plot heavy, but nothing that isn’t spoiled fairly early on in the game.

You may be asking how we humans developed such a device without understanding the soul. Well, in this non-post-apocalyptic future, humanity travels to distant lands to harvest resources and bring them back to Earth. In one such mission, ancient rocks were discovered which appear to have telepathic abilities. As you discover these in the game, they’ll spout thoughts of existentialism, sentience, and fear. These “Watchers”, as they’re called, implanted the designs of the Swapper into the minds of the humans. They also have started killing the human scientists, either as a reaction to something they’ve done, or something they plan to do, which the Watchers can do with their telepathic abilities.

So, with this interplanetary struggle going on, you’re tasked with getting the spaceship on track by collecting orbs to power different sections of the station. To do this, you’ll have to solve puzzles of increasing difficulty. You’ll be swapping and cloning all over the place as you create clones to stand on platforms to open gates, and travel far distances by swapping to a clone rather than walking. Imagine if you had a clone of yourself standing down the street. Rather than walking down there, you could swap to him, do what you need to do, and then swap back to your original body. While doing a swap, time will slow down, which allows you to do neat things like travel up long vertical shafts doing a chain of clones upward. You have a limit of 4 clones so to get really high, you’ll have to let some clones hit the ground and die. At this point, you’ll be questioning the fact that you let your original body completely bite the dust, and then realize your original body died hours ago. 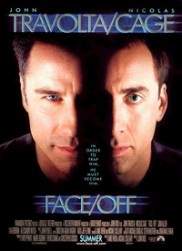 Thankfully this movie just included swapping, not cloning. Can you imagine a world with multiple Nic Cages?

In addition to the limited clone numbers, you’ll also encounter blue and red light. Blue light prevents creating a clone within the light, and red light prevents using the swap function across the red threshold. The fearsome purple light combines the two effects in a dreaded cocktail of clone prevention. 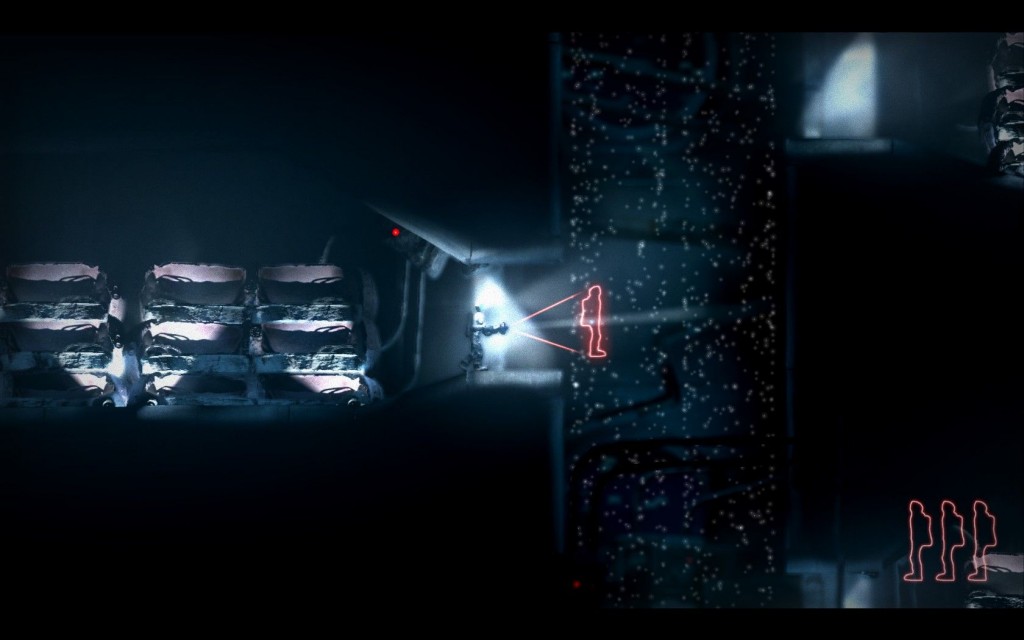 While you travel this strangely-configured station, you’ll get a light dosing of background story and plot progression. It has a similar feel to the ADAM computer in Metroid Fusion, but there are no breaks or pauses at all. If you choose to ignore the plot, that’s OK. The plot isn’t very intrusive, and it generally progresses as radio communication while you’re in motion, as opposed to the jarring cut scenes found in most games today. It is a bit unclear who is talking during the cutscene, as the female voices all sound the same. You’ll have an amazing time solving progressively more challenging puzzles with amazing graphics and lighting effects, an awe-inspiring soundtrack, and the sense of wonder and mystery that has really been lacking in a lot of my recent game titles. If you missed out on Humble Bundle 11, I highly suggest you travel over to Steam and give it a go.

I give the new update three Twilights out of ten. Which, thanks to the new bugs in the game, you can actually see while playing.