Hey everyone! Diana here, right off her vacation high and back to work. I just got back from a trip to San Diego for spring break and boy, do I have video game stories to share. But let’s start at the beginning. 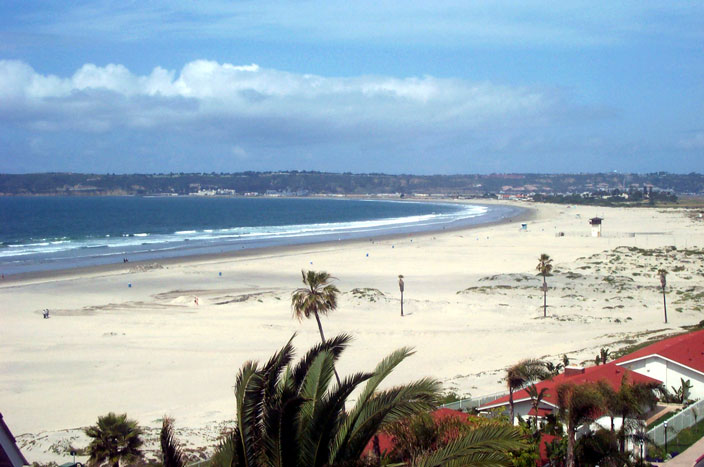 Note: Not an accurate representation of my vacation circumstances. This image is just used to jump start your imaginations if necessary. You know, put you in the mood.

I arrived at my hotel, resigned to a weekend of nothing but sun (preventing me from seeing my 3DS), sand (getting in all my precious electronics), and…family time. *Cue dramatic music* But that’s beside the point.

Anyways, I arrived at the pool with my family and guess what I saw—an arcade. And upon closer inspection, most of the games were free! Score! My sisters and I immediately hit the games. Pretty much all of them were unrecognizable either due to age or graffiti, but there were some pretty fun games, an air hockey table (that was regrettably broken during our stay, but not by us, I swear), and a pinball machine. Here’s the rundown of what I played while in San Diego:

Game 1: A 2-player FPS where we were trying to save the city of New York from a bunch of terrorists. The graphics and subject matter made it clear that the game was pretty old. It was pretty straightforward: shoot the guy, shoot the missile, shoot the guy, rinse and repeat. My ingenious strategy of trying to shoot cars to cause more damage didn’t seem to work that well. I was pretty disappointed.

Game 2: Another FPS. This one was a bit different, giving a certain number of targets to hit in a time limit. It would have been pretty fun if the gun was a bit more accurate. I swear the screen was off by a little every time, but after I learned to take that into account, it wasn’t a bad game.

Game 3: A racing game—a motorcycle one. It was pretty intense. My sister didn’t even make it through Level 1, I barely made it through Level 2. I think the controls could be blamed, aside from the fact that I’m not that good at racing games: the seat was like an actual motor cycle, tilting with the slightest movement. I found it quite unsettling.

Game 4: Another racing game—this one with an actual car. This one was actually pretty fun. I tag teamed with my sisters and we raced on exotic tracks from Las Vegas (plowing down trees like champs) to Atlantis (with me winning while constantly questioning how cars could drive underwater) to India (where elephants pooped on our cars—gross!). It was all fun and games until the game began to select races for us and not let us leave. That part…not so fun.

Game 5: What game is a staple of every arcade (or at least, every one I’ve ever seen)? Think about it. Yep, that’s right: Dance Dance Revolution. Specifically, Dance Dance Revolution Max 2. We had a lot of fun with this one. Or, until we realized that on the left pad, the up and down arrows were broken. It also seemed pretty rigged—every time, we made it through one whole song and about 30 seconds of the next one, no matter how good we thought we were doing. Still, it was fun, and I discovered my new jam:

Yeah. I rocked that one.

So there you go. That’s my video gaming experience in San Diego. Good thing I spent most of the time in my room live-tweeting my progress on Virtue’s Last Reward.

This month's and incoming editions of "Don’t Be That Guy" are going to address cheap gaming tactics and playstyles.