My first attempt at testing out a tabletop RPG was a failure, but I had another game up my sleeve: Sherlock Holmes: Consulting Detective. That was a semi-popular board game produced in 1982, which was turned into an FMV game for the Sega CD in 1991. The game can be played with up to eight players, and it centers around Sherlock Holmes’ quest to become a ballerina.

No, wait, it’s the game where he solves mysteries. Sorry, I get those confused. 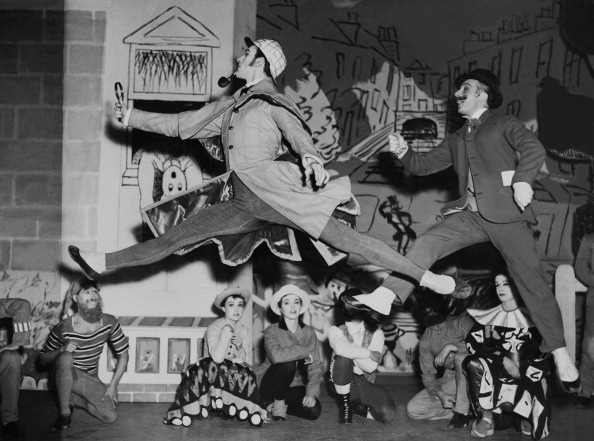 I don’t have the original board game. In fact, all I have is my semi-detailed walkthrough for the Sega CD version. But since those are very close to DM notes, I tried out a tabletop play of Case #3.

The first problem we ran into was the fact that there are too many characters to keep track of. The game is overloaded with dozens of irrelevant people. I think they did that so the box art could boast that the game has over 100 characters!

The second problem was the plot. Which I half-forgot. The player started inquiring into things which aren’t covered anywhere in the game, such as, “What did the accused eat at dinner, before falling asleep?” I had no idea how to answer.

So we gave up on that, and I just did a session of Nancy Drew: The Captive Curse instead. I know the set-up of that mystery better than the Sega CD ones. The player proceeded to goof off, and they made Nancy break up with her boyfriend. The end.