Hey! I actually met these guys at IndieNomicon in December. I was able to briefly play the game before it was released, but it was difficult to really enjoy with all the noise and crowds. Here it is seven months later and I managed to grab a review copy of their completed game on Steam.

Ascendant is a roguelike brawler for PC, Linux, and Mac. In roguelike style, you’re thrown into a randomly generated map with only basic equipment. You make your way through different rooms in the map, some with battles or trials and others with shops or treasures. Each map will have a boss before you can proceed to the next map. That’s all the basic boring explanation stuff, but battle is where the game really shines. 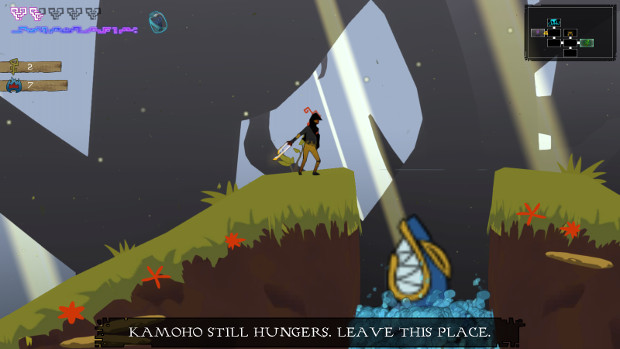 Battle is basically everything you want from a brawler. There are mobs of enemies rushing at you, and you get to dash to them, throw them in the air, dash up to them in the air and continue wailing on them, then thrown them down into the ground where more of their friends have gathered, killing everyone. It’s a great time! The boss designs all also really creative within the system. You usually can’t beat a boss just by bashing on them—there’s some pattern memorization, and then you figure out when to parry projectiles back in their face, when to throw some mooks at them, or when it’s time to run around and hope you don’t get hit.

There are also trials, which are basically puzzles or minigames playing with the battle system. You’ll be asked to toss enemies into a hole, dash over spike pits, jump and dash through moving walls, and probably a dozen other things I haven’t come across yet. This can be a nice break from routine bashings, although they don’t come along incredibly often. 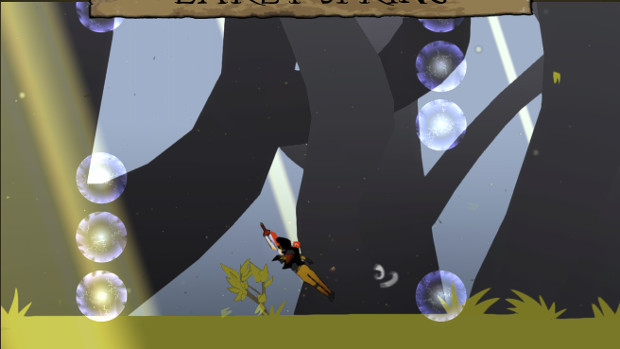 This one was basically Flappy Bird. I got about four points.

The hidden hero of the game here is the controls—at least with a gamepad. While it’s technically possible to play the game with the keyboard and mouse, it’s vastly superior with a gamepad. I could barely get through the tutorial with the keyboard, mostly because of the finger positions required to jump and dash at the same time. After I dug out my wired Xbox controller, the game became much smoother. There’s a lot of polish, and it feels natural to play the game with the controller. Like I said earlier, I played a functional build of Ascendant back in December and the game wasn’t released until May. They had some time to work on this, and it really shows. With the gamepad in hand, you almost forget you’re playing a game.

The one thing I feel that holds the game back is the balance of the random map generation. I often ended up passing two or three locked boxes or rooms without coming across a single key, or lucking out and getting a couple great drops only to be killed on the next map by a trial I’d never come across before. You have a random selection of bosses and a random selection of trials, and you’re pretty likely to die at least once on any of those until you get the pattern down. Being a roguelike, death means starting all the way back at the beginning without any bonuses or equipment, so you’ll find yourself playing the first few areas pretty often.

The game really gives you the finger, sometimes. Really.

It’s not quite as bad as it sounds. It becomes less of an issue as you play the game more and get the patterns down. The problem is the steep learning curve, and the game can be unforgiving at times. After you start to get the hang of the game, it becomes more rewarding as you collect more cool bonuses and equipment. Double jump? Float while casting spells? Random earthquakes and explosions on attack? If you can handle the game, it gets more interesting the deeper you go.

More casual players may want to sit this one out. If you’re a fan of fast-paced action games like Devil May Cry, Ascendant could be worth the practice and pay off in the long term.

I proudly admit to being a casual gamer. I’ve never pretended to be otherwise. My standard M.O. is to play a little bit, and then go do something else. A large part of this preference is due to my g ...