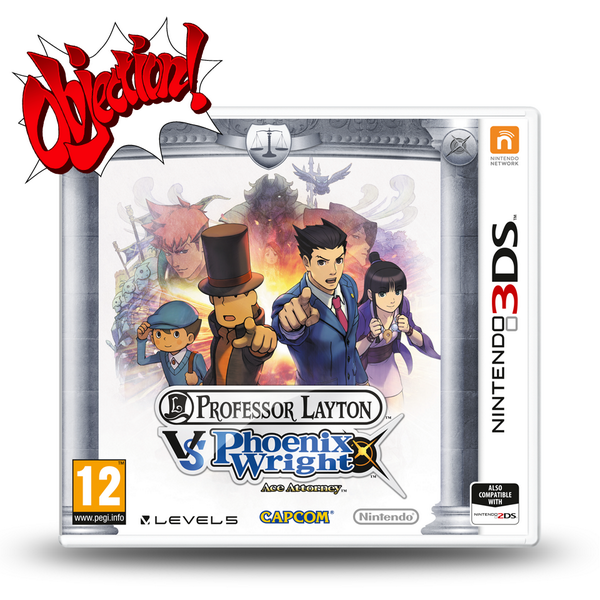 After their main digital event for E3, Nintendo announced that Professor Layton vs. Phoenix Wright: Ace Attorney will be released on August 29, 2014. I’m sorry, let me say that again. AUGUST 29, 2014! Yes, I’ve said it so much that my phone auto corrects August to be in all capital letters!

It seems the game will have a physical release and that preorders will be available soon, according to Nintendo’s website (however, it’s available on Amazon right now). And, here’s a new trailer as well! I thought I couldn’t be more excited about this game. I was wrong.

There’s really nothing else to say. It was kind of mentioned only in passing, but it was still the highlight of my press conference! I alternately cried, jumped around, and screamed. It was kind of insane. Please tell me you guys are as excited as I am!

Additionally, for fans of the classic trilogy: Earlier this week, it was announced that the collection that Michael and I discussed in the last podcast will actually be released in the West on the eShop in winter of this year. We still don’t really know why this didn’t happen earlier, but meh—can’t complain. The games will feature high-resolution re-drawn graphics and 3D compatibility, if you’re into that kind of thing. The price is tentatively $29.99 for all three games—not a bad deal. Also, it was accompanied by this trailer, which isn’t too shabby.

Now if you’ll excuse me, I need to go fangirl a bit more. A sincere apology to all my Twitter followers.

Greetings gamefans all across this great globe, and welcome to another adrenified edition of Digital Championship Wrestling! As always I'm Paul Franzen, alongside your friend and mine, "Captain" Eric ...