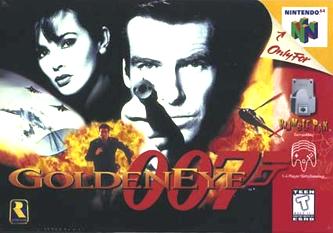 Ahh, the great outdoors. This month, let’s fast forward from Cub Scouts to my mid-to-late years in Boy Scouts. In my local troop, I had just joined the Venture scouts, a division of the troop for boys aged 14 and up (High school level). As you rise the ranks in scouts, there’s a growing emphasis on community service. So, a service camping trip was organized. Myself and four other guys traveled to Broad Creek, a major scout reservation in our area.

That weekend, we were tasked with doing different manual labors like chopping wood, hauling junk, painting—that sort of thing. Worthwhile to give back to the camp, sure, but not exactly very exciting or adventurous like a typical camping trip. Knowing that we would be sleeping in an Adirondak—a three-walled structure with electricity—we decided to plan ahead for some R&R. It was 1997. While Mario Kart 64 would certainly have brought us several hours of awesomeness, GoldenEye 007 was the new kid on the block. Promising awesome four-player shooter action, we decided to bring the necessary equipment to set up a multiplier session. We divided up the task: Someone brought the TV and VCR combo (necessary since the TV just had a single co-axial input), someone brought the N64 itself, and someone brought a bunch of controllers. 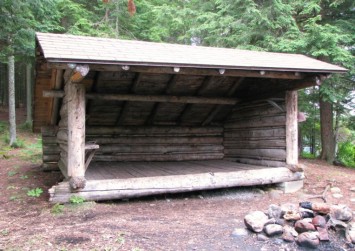 So, after a hard day of work, we set up our equipment and got things started. Of course we had to keep the sound down as to not disrupt the rest of the camp, but we were pretty isolated. Thinking back, it was ridiculous playing four-player split-screen on a 12″ TV. Nowadays, you can’t even do split screens because they’ve either designed around it or pushed you to go online. But somehow, as TVs have gotten bigger, people are more and more turned off by split screens.

At any rate, there were 5 of us, so the loser had to switch off. I think I was the only one who owned the game, so I tended to dominate and eventually volunteered to sit out. I think we also decided to do “No Oddjobs” since he’s too damn short. Playing online with a bunch of people is great, but there’s still no substitution for a great local co-op. GoldenEye brought some much-needed excitement to our service weekend

Bloodeater Narrator: I’m sorry, but could someone explain to me why everyone is so freaked out all of a sudden?