I have never played a Nancy Drew game before this, but I have been a fan of the books (the originals that my mother collected from the time she was a child) since maybe my sophomore year of high school. The one time I tried to play a game, I got it from the library and it decided it did not want to install onto my laptop—something I am still upset about to this day. When I told my mom what game I was playing she gasped and said “really?”. Apparently, she was excited. Anyway, this was my first time playing one of the games. My opinion? It was really good. I’m pretty open minded about games, but I didn’t think I would like this one as much as I do.

Bess has managed to get her cousin George and their best friend, super-sleuth Nancy Drew, on the Pacific Run. Pacific Run is a show that goes all over the world and sets up challenges for competing teams. This season is taking place entirely in New Zealand and is being run by line producer Sonny Joon. The race is on as the first challenge begins, but something goes wrong. A rope bridge collapses and takes out George, rendering her more useless than she was before (I love George, but she is more or less useless in this game). Bess reluctantly comes to help out in the competition. Eventually, you find out this has all been a scheme put together by Sonny, who is searching for an artifact his grandfather asked him to find. 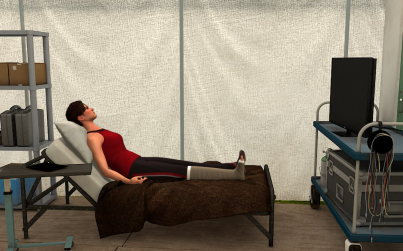 There are a lot of great things about this game. First off, the characters. It wasn’t the fact that I liked them all but that I liked that most of them were there. Most of them I talked to a lot because I just wanted to hear what they would say. Bess, Sonny, and Patrick, a former Rugby player and native New Zealander, were my favorites. They were pretty fun, and I guess it just made me really happy.

The puzzles—if I have not mentioned it enough, I am stupid, and puzzles are hard. However, these were hard but enjoyable. With the exception of the last few, I figured out what I was supposed to do pretty quickly. Also, you didn’t have to do everything in order, or at least you had a bit of freedom to explore before getting on with the game. The other minigames included in the Puzzle Palace section were a lot of fun to try, and if you play them enough you’ll get an Easter egg.

The extra little things you find in the game are fun as well. I found an Easter egg by clicking on something a lot. I didn’t actually know what I was doing, but—hey, cool! I did not find all of the phone charms that you can find in the game, and I may try again to find them at some point, but for now the four or five that I found were pretty cool. The prizes that you can buy using the points you’ve earned from completing tasks and/or playing minigames in the Puzzle Palace are a little cute, but they waste points and I never really did get the most points at the end. I wasn’t really out for all of the end-game prizes the first time around anyway, so not getting these prizes wasn’t a terrible loss.

The scenery. I loved it. I can’t even begin to tell you how much I loved it. It was just awesome. I saw a waterfall. It was great. I’m easily impressed by graphics. 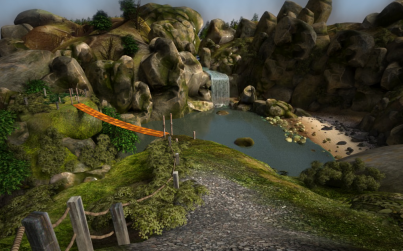 This waterfall pleases me.

The plot was good as well. I liked the idea of the whole Amazing Race-type of show. While I stick to not watching these types of television shows, it was enjoyable to get Nancy through tasks. Also, there were sheep in this. Maybe I’d watch these shows if there were more sheep in them. Also, after having Sonny Joon be this random character that is mentioned in a few games become a character with a story behind him made me very excited. I think at the end of the game I was more interested in what Sonny was going to do next than I was about Nancy’s next adventure. 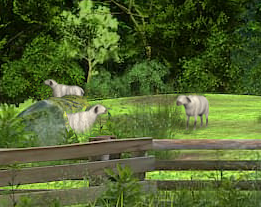 So, as my first taste of a Nancy Drew game, I’m going to say it was a great way to get me into the series. I may even try a few of the other games, or at the very least pick up the books again. It was an adventure, and from beginning to end it was a fun game. The puzzles, while progressively more difficult, weren’t terribly painful (OK, that was a lie, the last one wasn’t very fun). Good game, very happy, yay!

Hey, remember the Indie Games Winter Uprising? The event that was held late last year, whose apparent goal was to promote the fact that, sometimes, good Xbox Live Indie Games games get released, too?