Why is this a thing.

As social media allows the Eye-in-the-Sky to see everything we’re doing, and advertising forces itself under our fingernails, I’d like to remind you of a better time. I can’t think of a better time off-hand, so actually I can’t. Sorry. For all that I’ve lived so far—a pitiful display of 105 dog years—I have been breathing a world where DNA and the Internet are our only monarchs. And what benefits are there to living in such a world?

We can find out what our third-cousin twice-removed is doing, halfway across the world, with the click of a mouse button. We can have almost any movie, song or videogame on demand. If we really wanted to, we could stay inside our houses and do absolutely nothing all day, every day. And if we feel things can’t get any worse, we could spend our time playing TubeHero. 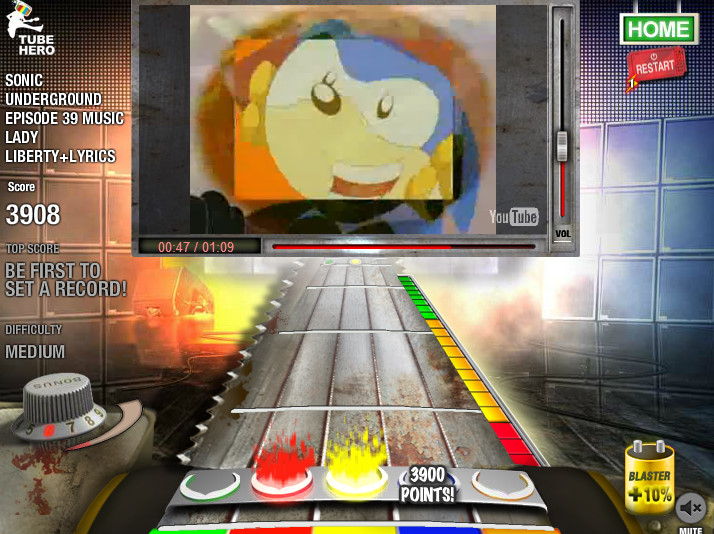 Not even the Sonic Underground can save this game.

Let’s face it, games like this are filth. They are the pus-filled plague sweeping across the wastelands of near extinction, offloading their tokens and experience and pay-to-play mentality that has thoroughly screwed with something that was once convenient. Social media had its day to begin with, but then the ‘Villes came along and that was it. When I decided to check on my Google+ for the first time in over three months, the games page cooed at me. That’s where I saw TubeHero, and I fell in hate.

It’s like Guitar Hero, but you play YouTube videos. That’s it. That’s the quirk. That’s why the name is TubeHero and that’s why it’s despicable and lazy and trashy and poor. Did anyone play Dance Factory? It is a PlayStation 2 game that does a similar thing, but with music CDs. It isn’t accurate, and neither is TubeHero. They never will be accurate, as by their very nature, their algorithms second-guess and approximate. 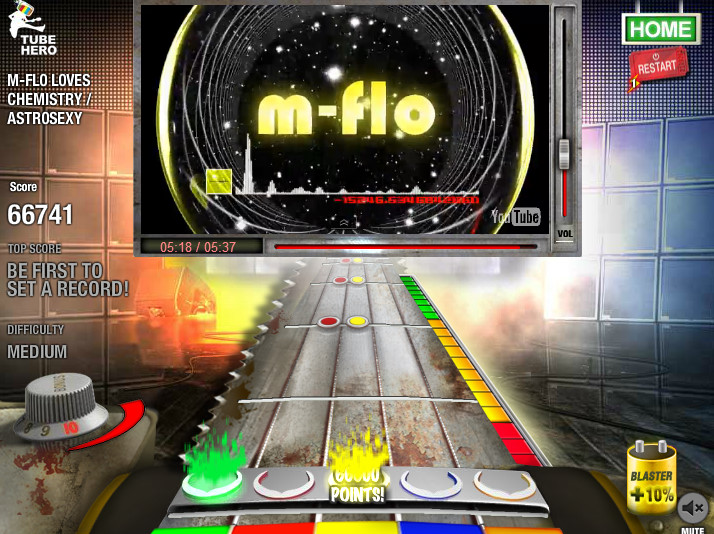 All you do in this “game” is tap keyboard keys to seemingly random notes, which barely fit in time. Actually, that is if they’re even vaguely in time at all. As the video loads, the notes go out of time and you can’t hit the first few. Not to mention the several times it caused my browser to crash. Yeah, a Google+ website in a Google browser caused a crash. I would be resisting the urge to make a ‘ception joke, but the thought hadn’t even crossed my mind.

The only saving grace for TubeHero is the almost limitless library of playable songs, so at the very least we can commend that. But I don’t think I can play this anymore, because in every other way, this game is flawed and rubbish. Now if you’ll excuse me, I’m going to go outside.