Have you ever wanted to play a game that attempted to bring medieval fantasy, steampunk, and sci-fi together? Well, if you expected it to be mixed all together then you may be disappointed. Instead they have them split up like stages in the game. The Fool should get a gold star for including them all in the game though, and for doing a pretty good job to boot. The game even comes with a life lesson that may seem a bit preachy, but is still well inserted.

The story starts like this: a dragon has decided to come and destroy the villages of a kingdom. The king offers a reward to the person who can bring him the tooth of the dead dragon. This reward is his daughter’s hand in marriage and half of his kingdom. Many knights go off to fight the beast, but don’t come back in one piece if they come back at all. A young man wanders into town, ready to fight the dragon. Instead of really fighting it, however,  he thinks it would be fine to just dump sleeping potion into the dragon’s drinking water and saw off one of its teeth. The king accepts this and everyone excitedly assumes the dragon is dead. Hooray! Unfortunately, sleeping potion does not kill, and believe it or not sawing off its tooth pissed the dragon off. In the middle of the princess and young man’s wedding, the dragon comes and attacks and kidnaps the princess. The villagers chase the young man, now know as “the Fool”, out of town. Now the Fool has to go rescue his beloved, going through several different genres to get the dragon’s castle. Why does the princess not have a guard to stop me from entering her room? Does her father not care that a stranger is in there alone with her?

The genres, as I’ve mentioned, are medieval fantasy, steampunk, and sci-fi. The first stage in the kingdom and the necromancers area, where you end up after being run out of town, are what I classify as the fantasy. Steam City is steampunk, where they have a lot of items you really would not expect to see right after the fantasy area you just went through. At first, it seems a bit too different, but for some reason it just kind of  fits in. The same goes for the castle-in-the-sky sci-fi stage. The sci-fi stage mixed in some Grecian astrology-type elements into it as well, but there isn’t much to say on that other than “I guess that’s cool…”. 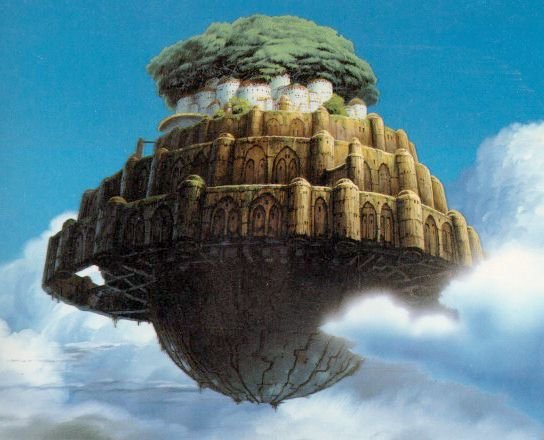 Not that castle in the sky…

Besides hidden object type puzzles, they also include a dress up challenge each level. The first time makes sense—get armor or you can’t go face the dragon. The next level, you have to dress as a ghost. How does one dress as a ghost? Just get a sheet and poke some holes into it of course! Wait a minute…why am I doing this again? Oh yeah, to try to trick an angry dog into thinking I’m just a ghost. There’s really no point in the costume since you still need something else to get past the dog. The next time they have you dress up is in Steam City. You have to dress up as a robot to get into a bar. OK, I’ll bite. After you walk in with your costume on, there is clearly a little girl who is NOT a robot, nor is she dressed as one. Why did they feel the need to throw that in there? I mean, would it have been terrible to leave the challenge out for two levels until it makes more sense? This might be my only real complaint about the game, so it does not make a huge impact. It’s just a little stupid in my opinion.

Remember that message about taking shortcuts I mentioned? Well, it seems pretty obvious if you really think about it, but if you’re just trying to enjoy the game and not think about its story too much, then it’s subtle. The Fool took a shortcut and didn’t actually kill the dragon. Instead he just went and said it was after taking one of its teeth. What came of that was an angry dragon and an ever angrier kingdom. They run him out of town and now he has to go back and actually kill the dragon. Taking that shortcut made things more difficult for him, not easier. He has to go through more crap than he would have had to go through had he just tried to kill the dragon. Then again, he probably would have died trying to actually kill the dragon…huh. Maybe the message is try the shortcut if the path of truth will get you killed. Interpret it as you will.

The game is good, all in all. The puzzles, with the exception of the dress up one, are pretty challenging and fun, the story is good and is complete with an actual moral, and it has its funny moments.

Guest review by: Becca ClipperSo it's Christmas morning.  You and your siblings are gathered around the tree, and your parents are smiling and sipping their coffee as they watch you.  You reach for