Welcome to “Inside the Guide”, the column that gives you a behind-the-scenes look at writing guides for GameFAQs.com! This month, I decided to try writing a guide for a dating sim. I figured that would be a nice change of pace from adventure games.

I wanted to play My Sweet Bodyguard since it was reviewed here on GameCola. I immediately ran into a problem: GameFAQs doesn’t think that game exists. GameFAQs only has the iPhone knock-off version, My Sweet Bodyguard for GREE. “Gree” is not a typo for “free”; it’s the name of a Japanese social media company. Classy move, putting your company’s name in all caps, in the title of all your games.

I played the game for a grand total of one minute before it kicked me out due to log-on failure. 0 out 10, would not play again. 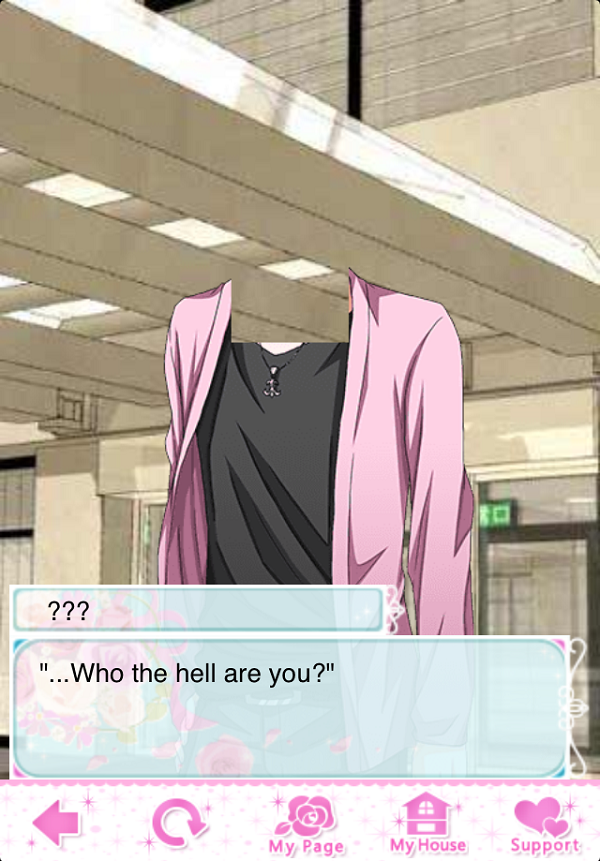 A sister game, Be My Princess for GREE, also proved to be somewhat unplayable. The buggy touchscreen controls require you to triple-tap to advance after every sentence. Also, the game constantly kicked me out and forced me to restart from the beginning. 2 out of 10, would not play again.

Fortunately, I had success in getting Our Forged Wedding: Party to work. That’s a game in which you must fake-marry a complete stranger. Each man has a different reason for marrying you.

Bachelor A: His dying grandmother’s final wish is to see him married.
Bachelor B: He teaches at a high school which requires all its teachers to be married.
Bachelor C: He is the Prince of Germany, who wants to avoid an arranged marriage.
All Other Bachelors: They are creepy weirdos.

The game is basically what I expected out of a free-to-play dating sim. Each pathway is divided into 140 segments and, unless you pay money, you can only play 5 segments per day. At the rate of about 4% per day, it takes a month to completely beat a pathway. 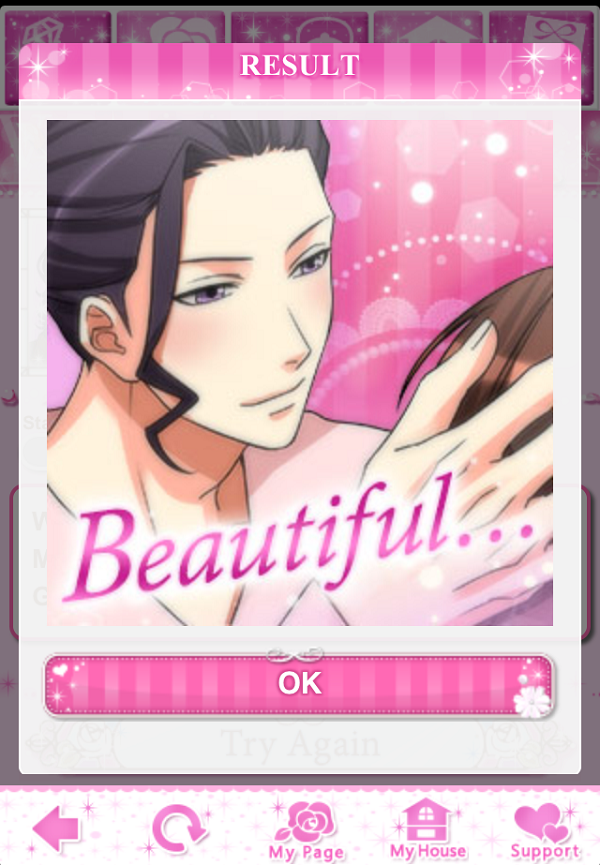 What I did not expect was the game’s battle system. Every 2.5 hours, you can battle against one of the other players in the game. Your opponent is randomly chosen, and it sounds a lot cooler than it actually is. All you do is press “Start Battle”, and you are instantly given a “You Win” or “You Lose” screen.

Winning a battle gives you Wife Points, because your husband apparently enjoys watching you attack other women. Since there is an average amount of 200 WP gained each battle, you will need to win about 150 battles in order to beat the game. That equals out to 375 hours of waiting, and I’m fairly confident I’ll reach a point where my progress through the game is blocked because I don’t have enough Wife Points.

After playing the game for about four days, I discovered a walkthrough website for iOS dating sims. With that in hand, I was able to use my trusty technique of “copy/paste, then edit” to have my own walkthrough completed. Hooray!

And we don't even charge extra for the Jeddy's Voice DLC pack.