My girlfriend is breathing a sigh of relief, because I have reached the end of all the various Japanese dating sims I downloaded last month. Now, I can stop focusing on videogame dates and return to not going on real life dates.

[Spoiler alert to single people: having a girlfriend means you go on fewer dates, not more! TV has lied to me, yet again!]

Before I talk about today’s dating sim, let me recap the ending of My Forged Wedding – Party. The good news is that Ren’s storyline got much better in the final third of the game. That’s because Ren was absent for most of it.

The bad news is that Yamato’s storyline completely collapsed in the final third. It felt like the author did a five-page essay, only to realize with horror that his teacher asked for an eight-page essay. So, they threw together a bunch of fluff and random nonsense at the last minute in order to reach the minimum length requirement. This includes everyone going to a haunted house, everyone joining a baseball team, and the heroine working for a transgender flower arranger.

Today I’m talking about Be My Princess for GREE, a game which has somehow become popular, despite being awful. The first sign of weirdness is the prologue. Instead of being a short introduction to the story, the prologue morphs into a ten-day sludge fest, where all six princes are constantly trotted out for you. By the time day four rolls around, you feel like yelling, “I get it! Prince Joshua is a jerk! Can we move on to the actual game now?!”

I played through the first two bachelors, Prince Wilfred and Prince Edward. Wilfred is the mysterious, shy bachelor, which means he drags out the storyline as long as he possibly can. The first week of gameplay is spent dancing around the fact that Wilfred is engaged. It takes another week before you learn who he is engaged to, even though that should have been Question #1.

Wilfred is engaged to his brother’s girlfriend, and I’m sure it will take another week before someone explains why. Like I said, this is the “mysterious” storyline, so no one will ever give a straight explanation, and our heroine will never bother to ask questions.

Meanwhile, Prince Edward is the nice bachelor who takes care of orphans and instantly falls in love with you. For some reason, he can’t get married without the consent of his country’s political party, and drama ensues as the politicians reject our heroine. She tells Edward they must break up.

This is a common theme in these games: you break up with someone without ever saying why. The dumped person immediately jumps to the wrong conclusion. All the drama could be avoided if you took two seconds to say, “This is an April Fools’ Day Prank” or “Edward, your hat is hideous”. 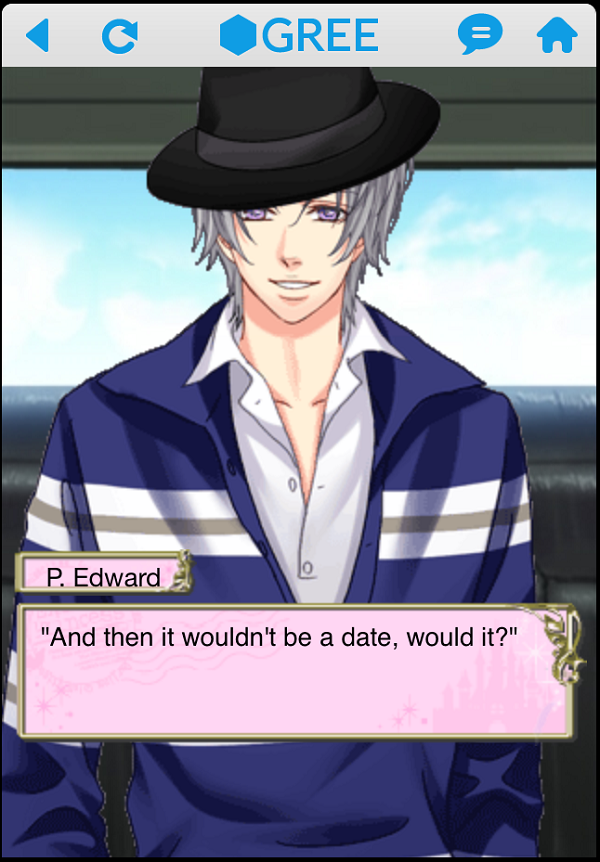