Last week saw the release of I’d Like An Order of Love and Cheese, a dating sim where the main character dates hot pizza delivery men. Both the pizza and the delivery men are hot. Also, for some reason, they are all named Alex.

The game instantly made waves because it features characters who are not overused stereotypes. For example, instead of a “strong and silent” character, there is a man who is “strong and speaks occasionally”. In place of the goofy younger brother type, they have a goofy older brother type.

This proved to be more than the industry could handle. Two hours after the game’s release, the dating sim market crashed, as all the fans of the genre have sworn off videogames forever.

“When I play a romance game, I expect to see the exact same characters every single time,” said one gamer. “There is no point in playing dozens of these games if they’re different, you know? I feel comfortable knowing that the dating sim will always have an angry man with dark hair. When I saw the angry man in this game had light-colored hair…something broke inside me. I can’t trust videogames ever again.” 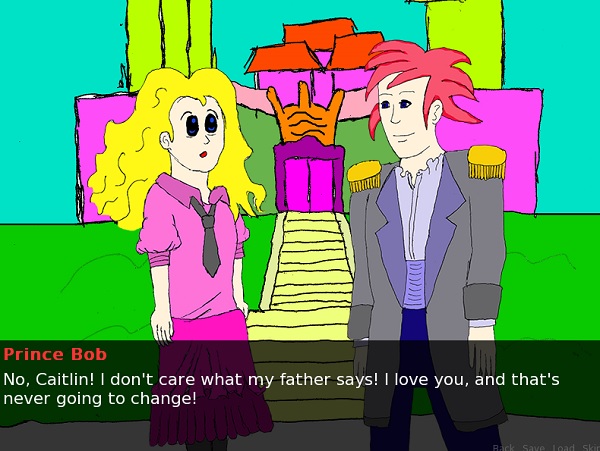 The Prime Minister of Japan declared a state of emergency. In order to respond to the crisis, Nintendo has agreed to delay the release of Super Smash Bros. Wii U so they can repackage it as a dating sim.

Space...blah blah blah. I'm not a big Star Trek guy. The show was all right, the green chicks were hot, Kirk was ridiculously funny and that guy from Spenser For Hire was a badass, but that's as far a