As Halloween approaches, it is important for all gamers to be aware of the safety measures that must be taken to ensure that no games harm them over what should be a festive time. Each Halloween, hundreds of video reports of games coming to life attacking their owners are posted to YouTube. The trend seems to be most common with video game reviewers, yet many agree that this prevalence is simply because these unfortunate souls are more likely to have cameras with them at the time of reckoning. One young man relates his annual Halloween procedure. 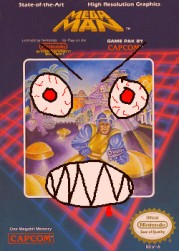 “While it’s usually the bad games that cause the most trouble, it’s important to remember that any game can become possessed this time of year. I had a friend who thought he was safe playing Super Mario Bros. 3…it took months to get the blood stains out of the carpet.”

“Never play any games during Halloween under any circumstances. Personally, I like to lock all of mine in this safe made of silver bullets. It may seem expensive, but you can’t place a price on your life.”

While many follow suit with this practice, there are a few souls, whether through bravery or stubbornness, who actually venture to play games on this ill fated night.

“It may be dangerous, but it brings the views in,” said 14-year-old xXBestGameReviewer4EvarXx when interviewed. “Last year, I almost lost an arm to a ROM hack I downloaded off a creepypasta. The surgical bills for the gash were pretty big, but I caught it all on camera and now I can use it in my video intro three times!” The videos that feature xXBestGameReviewer4EvarXx’s previously mentioned 1:30 intro sequence each garner at least 100 views, a marked 50% increase from past analytics, the reviewer says. 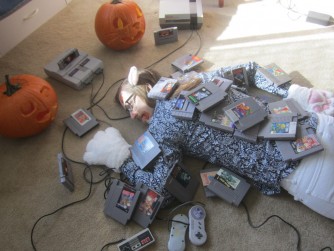 Whether you’re one to heed the advice of others or to take risks this Halloween season, we here at “Fabricated News” wish all our readers to have a happy and safe Halloween.

News broke yesterday that Square would be remaking Lufia II—one of, according to GameCola's Matt Gardner, the greatest RPGs of all time—for the Nintendo DS. This is fantastic news in general, but