The new Nintendo 3DS is called the “New 3DS”, which could be the laziest console name of all time. It’s not just lazy—it’s also confusing! What’s the difference between a new 3DS and a New 3DS? Is there a new New 3DS, or a used New 3DS? And is it just me, or does it look exactly like the Old 3DS? 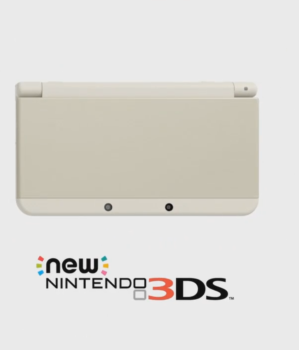 To help avoid confusion, Nintendo of America has announced that they are ditching the “New 3DS” name, in favor of the “Wii 3”. They are confident that no one will have any problems with the name after this.

“The Wii 3 plays in 3D, so the name makes perfect sense,” said Nintendo of America President Mario Mario. “As for the release date…well…we’ve still got a lot of unsold 3DS units in America. We want to sell all of them first, before releasing the new one.”

“Why would anyone buy the old 3DS when there’s a new one coming out?” asked a news reporter.

“Uh…gee, I dunno. We hope they’ll buy our outdated junk anyway,” Mr. Mario said. “But, don’t worry! To make sure non-Japanese people don’t get the superior hardware early, we region-locked it. You’re welcome.”

I love Enchanted Arms for the same reason I love movies like Mazes and Monsters, They Saved Hitler's Brain, and Timemaster (which, although it has the most boring name, is easily the number one so-bad