There comes a time in any gamer’s life when they have that glorious epiphany: How fun would it be to play some retro games like they did growing up? I’m not talking Halo: Reach or Call of Duty like all the other kids growing up. I’m talking about classic Sonic the Hedgehog and The Legend of Zelda (or, Athena and Kendo Rage if you prefer to stay Outside the Mainstream). Having realized this amazing breakthrough, most of these gamers took the time to either invest in the original consoles, or buy stand-in console like the RetroN consoles (like I did). Now equipped with said console, the next step into this retrospective world of dreams would be obtaining games. Alas, just like the healthy spoonful of motivation from yesterday, those dreams are crushed by the unforgiving onslaught of numbers stamped on the price tag.

It goes without saying that whenever anything goes off the market, people tend to sell what they still have at extremely high prices. This is due to the common belief that most people would pay any price to get a product they can’t get anywhere else. If you don’t believe me, let me remind about the preorders for the PlayStation 4 and Xbox One that were sold on eBay for nearly $1,000 each. It may be sad to admit, but people tend to take advantage of the desperation of buyers if it results in quick cash.

Now that we have a slight introduction to how the economy works, let’s move on to some reasons why retro games cost so much money. When you discuss retro games, there are most likely two main mindsets—collecting and playing. Some gamers enjoy collecting these old games for various reasons. Some include pride; others may be looking for a quick fortune by selling the collection as a whole. On the other side of the spectrum, you have those few gamers who enjoy playing retro games on the original consoles. Believe me when I say this: There is a huge difference between playing with the actual Nintendo controller compared to mashing your keyboard to the Contra soundtrack. 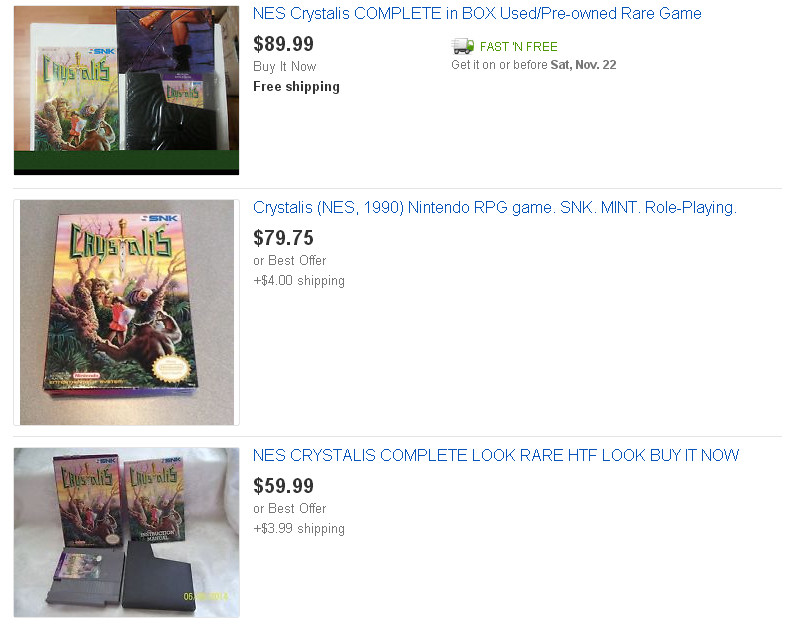 Taking all this into account, you can’t help but wonder if there are any alternatives to paying out of pocket for these games. The beauty of this actually lies within the very cause of this situation: the Internet. Ask any gamer and chances are at some point in their life, they heard about emulators. That’s right—the golden geese of gaming. These wonderful (and, generally free) programs allow users to load up digital versions of retro games and play them on the computer. These emulators cover most of the old consoles, all the way up to Nintendo 64. Some emulators even exist for newer consoles such as the Nintendo DS and PlayStation 3.

Considering the existence of emulators, perhaps a decline in prices may be inevitable for retro games. This decline is more common with titles that are less popular. After all, who wouldn’t want a used copy of Mickey Mousecapade for less than $10? When you discuss pricing on retro games in recent years, higher prices are placed on high-quality copies of a game. The most expensive ones are factory-sealed games. These factory-sealed copies are of most interest to collectors, considering not only the rarity of the items, but the untouched condition.

If you’re an aspiring retro gamer and are seeking new games, don’t be too concerned about prices. It goes without saying that you can get a good copy of any game for a decent price. You don’t have to pay over $100 to get a good copy of Ninja Gaiden. The beauty of a game is what’s on the inside…unless you’re missing cables and data chips. As the “Game Over” screen draws nigh, I hope you enjoyed this article. You think by now I’d be able to Punch Out a nice punch line, but I’m not a Mega Man after all. If you enjoyed reading this post, feel free to leave your feedback in the comments below.

The next chapter in the ongoing Jeddy saga.