There’s a darkness that exists in people’s minds, clouding their judgement, and affecting their capability to perform the simplest tasks. It starts as simple sadness, you feel down and out, the sky’s gray today, you stay home. Soon you start flaking on social obligations, leaving close friends hanging, calling it off at the last minute, and though you try, you cannot maintain the motivation to do these things anymore.

It gets worse as the stuff you used to love stops fulfilling you, videogames that brought you joy no longer make you feel anything, your favorite shows are trite and boring, you can’t focus on books you used to love, and you feel the spiral getting worse. Eventually, it becomes hard to even feed yourself, get up and go to work, take a shower, and leave bed. You’d kill yourself, but even that takes motivation you don’t have. This is depression, a mental illness with many symptoms, and a lot of them are comorbid with other mental illnesses as well. In 2001, we lost 30,000 people to suicide, probably as a result of depression.

It’s hard to properly care for yourself when you’re depressed.

Depression Quest is a game available via a “pay what you want” model, with no minimum payment required to access the full game. It’s a browser-based text adventure with images at the top of each page and a powerful piano track playing across every page. You click links to learn new information or continue to new chapters of the story, being given choices to pick that continue the plot. You are expected to make healthy choices that care for yourself; however, they’re all lined out and red in the beginning. You can only click the blue choices, which only make things get worse. It’s a game all about the storytelling, though, and is more like a novel than a videogame. Still, there’s options to choose to make the story unfold in different ways.

The game follows You, a college graduate who couldn’t find a job in your field, so you got a job at an office working data entry. You have a girlfriend and a few other friends, including some Internet friends. You have recently begun feeling withdrawn, irritable, sad, and without purpose. Every day has become a struggle, every night drags on until you pass out, maintaining your relationships is difficult, and you have no idea if you can keep going on. Pressure starts to mount from your parents, from your job, from your girlfriend, and from your friends, and you can’t take it. You break down with an old friend and she sets you on the track for help.

The story I played through hit close to home. It wasn’t fun, but it was a good read. It felt excellent that someone else understood, and that the story got better! In fact, it’s really well handled, and I enjoyed reading the depiction of depression from the game! It’s an awful trope that people use mental illness and overcoming it as inspiration fodder, and Depression Quest doesn’t do that! The story is not happy, but it’s very important and very well handled, and I would recommend it to anyone. 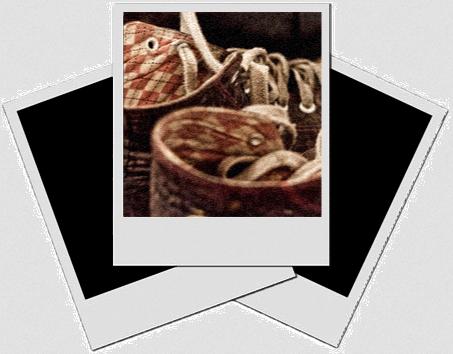 The game’s artwork is minimalist: pictures, some sound for atmosphere, and constant piano score. However, it all contributes to the experience and the feeling of the game. Everything’s visualized through pictures that are presented as photographs representing events, characters, or items of significance in your world. The music’s single piano line is sad and soulful, always keeping you in the mindset that this feels hopeless, even as it gets better. The sound adds to that entirely, as you’re surrounded by the sounds of everyday life but feel so disconnected from it, where sounds you normally would consider happy bring misery to your mind. This all is combined with the game’s black text on a white background to create a stark emptiness, with the occasional focal object that feels all too similar to the effects of depression. The game is intended to make you feel depressed, to really understand what the character’s going through, and I think all of these design elements do it really well.

You’ll lose motivation, and then lose sleep while thinking about your lost motivation.

The game ranks really highly as far as socially aware games go, too! You’re completely gender-neutral, there’s no indication of your gender at all. That’s probably the most realistic portrayal of mental illness I’ve seen in a game. It’s also the most respectful portrayal of mental illness, because never does the game work to make you feel like a bad person for having it. There’s also a good representation of therapy, as there’s mentions of the things that occur during therapy, and it’s not some magic cure all. But the most important thing about the representation is at the end, where they say there’s no cure for depression. This game does representation really well.

In all, the big question comes upon us. Is the game worth playing? Is it worth paying for? Yes, on both accounts. Pay what you like, as part of the proceeds go to the National Suicide Prevention Hotline. It’s not a fun game, but having depression isn’t fun. It’s an educational game that nails perfectly the feelings that you get when you’re depressed. We need more educational games of this variety, which immerse you in the topic at hand, and create an understanding of the subject matter through a first-person account. Playing the game may give you a greater understanding of yourself, or a person you know or love. Had the game’s goal been to be fun, it would get a lower score, but the game was designed to educate and inform, and it accomplishes that goal really well.

Special thank-you at the end.

Paul: Hello again everyone, and welcome to the BEST sports entertainment promotion outside of the World Series of Darts, Digital Championship Wrestling. As always I'm Paul Franzen, and with me this ev