Since 1997, the folks at Blizzard have been urging real-time strategy enthusiasts to construct additional pylons to ward off incoming Zerg rushes and entrenched siege tanks. However, last weekend’s major South Korean StarCraft tournament caused Battle .NET to crash and cause a worldwide upset.

While the crash was unfortunate, there was some good from it. Blizzard president Michael Morhaime was later quoted at saying “OK, OK, we can stop constructing additional pylons now. We have enough!” As it turns out, StarCraft servers are set up to record whenever the player constructs an additional pylon. To save you from some mumbo jumbo computer math details, I’ll just say that the 32-bit number used to store this number finally overflowed, and we’ve constructed 2,147,483,647 pylons. 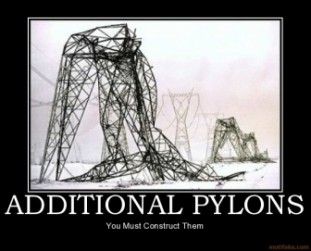 These campaign posts were commonplace for the past 20 years.

We asked Michael to tell us if we’d have similar issues when the players construct too many additional supply depots or we spawn too many overloads. He replied “Why would we store the number of overlords and supply depots constructed? What would be the point in that?”

Game servers are expected to come back online sometime next week.