There’s been no shortage of articles about “The Videogame Crash of 2015” (or 2014, or 2013…). However, the videogame industry isn’t what it was back in 1983. Gaming is a broader industry, with more mainstream appeal than ever. There are more developers at every level, from billion-dollar corporations to solo hobbyists, each of which would be affected differently by changes in the market. Gamers are also much more invested in game series—they’re not about to just stop buying a beloved franchise because of a few bumps in the road. Seriously, even die-hard Sonic fans hate Sonic games, but that hasn’t stopped them from buying them.

But, that’s all to say that we’re not likely to have a videogame crash. EA’s not going to go bankrupt while Nintendo abandons its plans for the Wii U successor, the Wii Two. Apple isn’t going to buy out Steam in order to keep the iTunes store afloat. We’re not about to enter the Videogame Apocalypse, where roving bands of gamers ride motorcycles through the streets, stealing cartridges to trade on the black market. 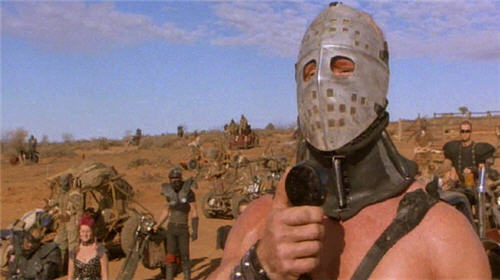 “Just lay down the copy of Sonic ’06 and nobody has to get hurt.”

However, what’s happening even as we speak is the devaluation of videogames. We’re entering a videogame recession.

There’s little need to even pirate a game when you can get a copy for pennies in a bundle, and that’s only if you’re worried about getting specific titles instead of just living off of the thousands of games that are completely free to play. While a retail copy of a AAA title still goes for $60, most people are unlikely to pay full price, and that’s ignoring that inflation makes $60 worth less every year.

Just ask any Steam user how many games they have that they’ve never played. We were just talking about this while recording the upcoming podcast: When there are thousands of games to choose from, there’s less reason to play any game that’s not the absolute best. In the ’90s, there was a limited number of games to choose from, and most of us were limited by our allowances. That forced us to spend money on whatever we could find that we could suffer through…but, that’s what drove the gaming economy. Now, when we have a giant backlog of games we haven’t even played, there’s no reason to jump on a brand-new game; we can just wait for it to go on sale and add it to our collection.

This leads to some confusing times. The gaming industry is bigger than ever, but at the same time, that doesn’t mean that the market is booming. There’s money to be found here and there, but if your game’s not a massive hit or at least serving a specific niche, AAA developers and indies alike can find it difficult to turn a profit. New games aren’t just up against the other games coming out around the same time—they’re up against all the great games that players can choose to play from the past 20 or 30 years.

Will we see the competition thin out? How long will the gamer’s dollar be stretched between developers before we start to see some fall by the wayside, and at what point will we find a nice balance? These are all things to be seen, but for now, it looks like The Videogame Recession of 2015 is well underway.

GameCola writers Carl Houghton and Paul Franzen discuss whether videogame magazines are a thing of the past, digital distribution, motion controls on the 360 and PS3, and more.