Do you ever have one of those memories—a memory of something you remember being really awesome, whether it was a movie or a song or a game or whatever, but you can only remember vague details and the fact that it was absolutely incredible? It happens from time to time, and with the help of the internet, many of these lost masterpieces can be rediscovered.

This is not one of those cases.

Every once in a while, this memory will come to mind. I had woken up early one Saturday morning—too early to watch cartoons, even—and came across an infomercial of some sort about computers. At the moment that I turned to the channel, they were playing a game. Some people were standing around a computer while one was playing some 2D, fantasy-style game where he was fighting a worm wearing a knight’s helmet…or, maybe the worm was on his team…and, I think someone cast a fireball at some point. 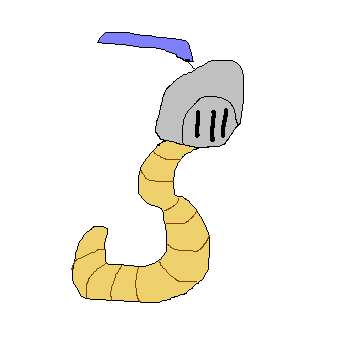 Honestly, my memory of the actual event is more vague than my memory that I thought the game was awesome, but that it was the end of the show and I missed the name of the game. I’ve thought about it a few times over the years, but never really sought it out. At least, I never put effort into it until this weekend, when I stumbled across a TV show called The Computer Chronicles.

Suddenly, my interest was renewed! There’s no need to watch the whole thing—you can skip to around 17:12 to see the part that inspired my quest.

COULD THIS HAVE BEEN THE GAME? But, things were so different! Yes, there were two men standing near a computer while one played a videogame involving fantasy elements and a giant worm, but most of the details were different. Where’s the knight helmet? Besides, I vaguely remember the worm being really big, segmented and sort of tan-colored, and on the left side of the screen. I feel like the show host was a woman, not a man. This episode is from 1995, as well; I’m definite that I saw this between 1993 and 1995.

Sadly, searching Google for “2D fantasy PC game released between 1993 and 1995 with a worm wearing a knight helmet” doesn’t help. 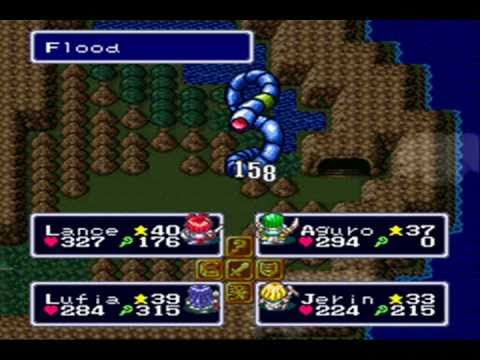 I know it was after 1993 because I was reminded of the Land Worm in Lufia.

I continued searching and searching. I pored over Google Image Search, hunted through lists of games, and skipped my way through Let’s Plays. There were games that were vaguely similar in one way or another, but nothing quite matched my memories.

And, it hit me…what if it wasn’t a PC game? What if it was for the Commodore Amiga, or the Atari ST, or—dare I say—Mac? It could have even been a console game, just played on a screen that looked kind of like a computer monitor. It’s been so long and the memory is so unclear that I can’t even say for sure at this point. I might even have my memories out of order, and I played Lufia after seeing the TV program, meaning that the game could have been from 1992.

Or, was the Computer Chronicles video above really the program I was thinking about, and somehow I just completely got all of the details wrong?

I think former Editor-in-Chief Paul Franzen said it best, however. If a game is good, people will talk about it…right? If a game is so bad that it ends up so far Outside the Mainstream that it’s too obscure even for GameCola, is it really worth spending hours searching to find? Maybe it’s best if it remains an amazing memory and a fun mystery, and doesn’t get ruined by reality. Maybe it’s better if I never find it and just cherish the image in my mind.

Haha—yeah, right! Please, I’m begging you: If you have any leads on this game, let me know in the comments. I’m dying over here!

Guest Review by: James DunnOf all the games you could think of, I bet you couldn't think of a game where you carry cargo around for money. You could? Oh, OK. How about adding some cars to the foray? S