For those of you who dislike reading, here is today’s review in video form:

The newest Nancy Drew game is Labyrinth of Lies, which came out in October of 2014. Nancy has worked for, like, five museums at this point in the series, so she has been sent to Greece to help with a museum opening. Sadly, the museum has major issues with robbery, and I’m not talking about the 20 Euro ticket price—I’m talking about a stolen million-dollar vase.

Nancy starts her job by solving puzzles, as per usual. She sets up a vase display and a temple display, and assigns seating for the play. Oh, that’s right. I didn’t mention the play yet. To celebrate the museum’s opening, they’re putting on a play with the best actors money can buy!

What’s that? They don’t have the budget for that? Okay, then. The museum is putting on a play with the cheapest actors money can buy!

First we have Niobe Papadaki, whose only acting experience is pretending to know how to spell her last name. She is supposed to be an artist who’s good with colors, but that green eyeshadow tells a different story. Next is Thanos, who is mean, nasty, and dark. When he’s not dressed in armor, he wears a culprit t-shirt, so I think he’s suspicious.

Grigor Karakinos is the flirty, handsome guy, so obviously, his character was based on me. Except for the wing ears. I don’t wear those. Finally, we have Xenia Doukas, fresh out of school in New York. She is a calm, upbeat director, at least until Nancy breaks something. So, yeah, Xenia is two steps away from losing her mind. 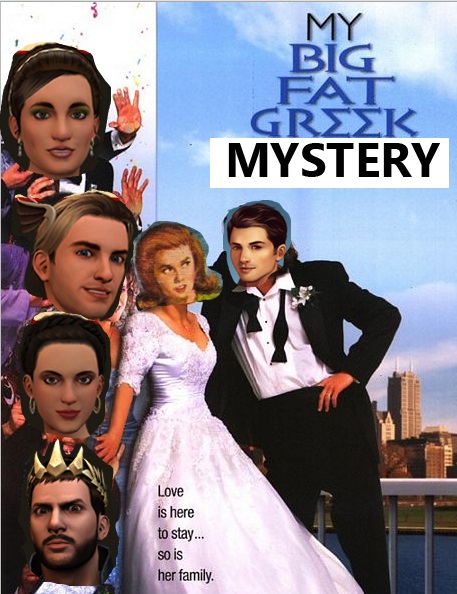 The highlight of the play is the extensive underworld set, which probably cost more than the museum. The set contains a series of creative puzzles based on Greek mythology. Good thing Nancy is here to solve the puzzles! Otherwise, the play would probably would have had some awkward moments.

I am going to take you to my throne room! As soon as I solve this slider puzzle! And this water challenge. And another slider puzzle.

Thanos gets extremely mad, presumably because he can’t solve the complicated token puzzle, and he kicks Nancy off the set. Nancy sneaks back in, using a secret passageway that leads to Niobe’s art workshop. Niobe says she’s making props for the play, but it doesn’t take long for Nancy to realize that making props that look exactly like the stolen museum pieces is more than a little suspicious.

Nancy breaks into Grigor’s tablet. The tablet is a worse taskmaster than my boss, since it orders Nancy to solve at least four puzzles. It also leads Nancy to a list of wealthy art dealers, along with the pieces that they are interested in acquiring. Normally, Nancy would call the police and have Grigor arrested immediately, but she decides to hold off on that, because she doesn’t want the game to be too short.

Nancy finds evidence that proves the artwork in the museum isn’t real. The art is a fake, made by Niobe. More like LIE-obe, because Niobe says her forgeries are not getting sold, nope, no siree. The only reason she swapped the forgeries with the real pieces is because…huh? Niobe doesn’t say why? The game just overlooks the fact that the real artwork got switched out?

Okay, then. Moving on. Xenia makes Nancy fix the lightboard, and Nancy sees Grigor swapping two vases. Remember ten minutes ago, when we proved the museum artwork was fake? Good for you! Nancy doesn’t. I dunno, I guess third time’s the charm, because this is the third piece of artwork that Nancy has to prove is a fake.

She confronts Grigor, which ruins his gregarious mood. 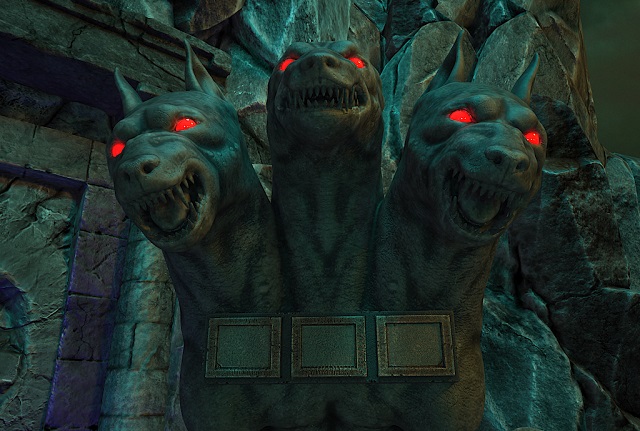 Thanos knocks Nancy unconscious, and she wakes up in a prison cell. The lock to open the cell doors is kept on the inside, which makes for an incredibly ineffective prison. Nancy soon breaks out and solves a series of puzzles, including one where she traps Thanos for a grand total of thirty seconds.

Nancy is knocked unconscious AGAIN, and she wakes up in the throne room, where Xenia gives a grand speech about her evil plot to steal the artwork. Nancy escapes through a series of puzzles, and she stops the play mid-performance to have the culprits arrested.

The game ends with Nancy sending a letter to her boyfriend, who is very glad she didn’t appear onstage in a skintight catsuit, like she did in Phantom of Venice.

My favorite part of the game is probably the extended ending sequence. Nancy trapping the culprit in a cage reminds me of Treasure in the Royal Tower or Secrets Can Kill Remastered, but unlike those games, the culprit escapes, and the story keeps going. That is nice. 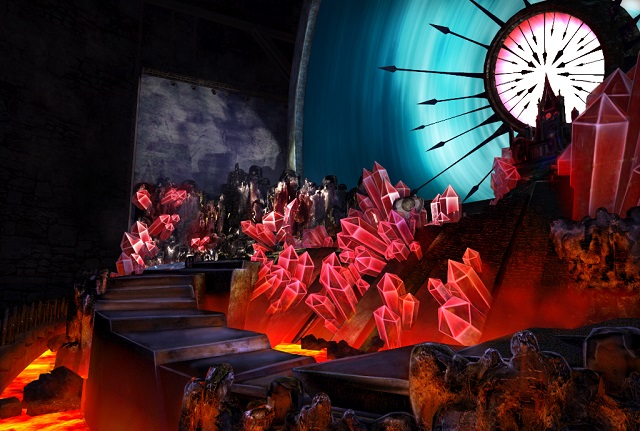 The only problem I have with the ending sequence is the timeline. See, Nancy escapes during the second half of the play. Which means there are two possibilities:

Possibility #1: Nancy was unconscious for a really long time, and Xenia waited patiently for Nancy to wake up before giving her villain speech.

Possibility #2: Nancy was running around the set and solving puzzles while the play was going on. By huge coincidence, she was never on a set at the same time it was being used.

I was so confused by this timeline that I double-checked the lines that are said in the play. It turns out those lines are nowhere in the script. *CONTINUITY!*

The underworld set is really fantastic-looking. It doesn’t make any sense for them to use REAL FIRE on the set, but it looks cool. I like how the puzzles are tied into Greek mythology, which makes it seem like the puzzles belong there, as opposed to being thrown into the game for the sake of having puzzles. I’m looking at you, random turtle puzzle in Shattered Medallion. Just based on the game’s title, I was expecting a maze puzzle or something to do with the minotaur, but I’m satisfied with the Persephone myth instead.

The weakest part of the game is probably the characters, which seems like a strange thing to say, considering that everyone is the culprit this time around. Even though Thanos and Xenia are the main culprits, they get the least screen time. You can’t talk to Thanos until halfway through the game, and Xenia spends most of her time missing in action. Aside from forced conversations, you have to talk to Xenia once, and you have to talk to Thanos never.

They spend the most time on Niobe, but to be honest, I don’t find her very interesting. Yes, she has a tragic backstory, but I wasn’t drawn into it. Grigor is probably my favorite character out of the bunch. I feel kind of bad that he ends up in jail at the end of the game, considering that he’s more or less a good guy who is caught in a bad situation.

As for Melina the museum owner…when I replay the game, I fast-forward through all of her conversations. The Hardy Boys are much better phone contacts than she is. Yay Frank and Joe. 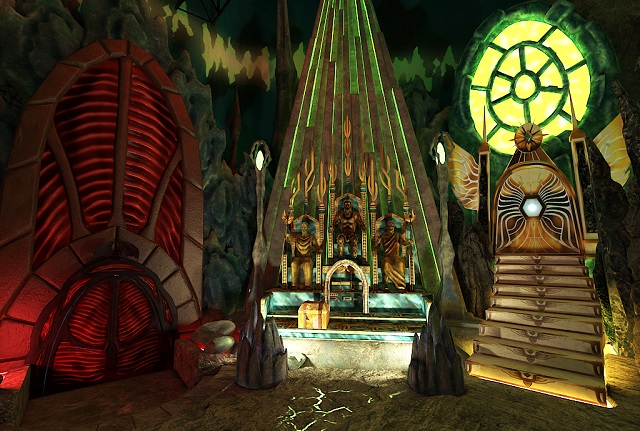 All in all, this is a very good game, and it’s my favorite one from the past few years. Sorry, Ghost of Thornton Hall fans. There are minor issues with the game, but there’s nothing that’s so bad that I feel like I should take a point off for it. I give Nancy Drew #31, Labyrinth of Lies, a 10 out of 10.

But since this is GameCola, the score is modified down to a 9 out of 10.

Crash Bandicoot: Warped is the third game in the Playstation Crash Bandicoot series.  The object of this game is to try and save all of the gems and crystals from Dr. Neo Cortex and his side-kick Uck