There’s an interesting difference between Japan and America that I’ve found during my trip. No, it’s not that a lot more people speak Japanese here, and it’s not that they drive on the wrong side of the road. It’s not that Japanese pizza is vastly superior to American pizza. This is a difference about videogames. 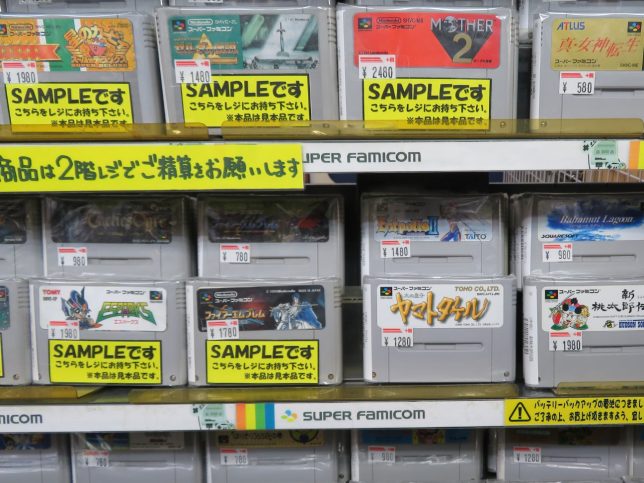 And not just that EarthBound is called “Mother 2“.

See, in America, “retro gaming” is some kind of niche market. Some of you may remember the news about GameStop wanting to refurbish and sell classic titles, or maybe you’ve hopped some yardsales or conventions in search of a rare find. What you wouldn’t expect would be finding reasonably-priced classic games for sale at a popular chain store in your town.

However, from what I’ve seen in my travels, games for the Super Famicom (that’s the Super Nintendo for you  Americans) are regularly available at your local Book Off. We don’t really have a store like Book Off in America, but imagine if Goodwill was a for-profit company where you could sell your old stuff instead of just a glorified garbage dump for when you feel bad about throwing something decent in the actual trash.

You don’t have to go to some gaming-focused niche store where they host Magic: The Gathering tournaments in order to pay $300 for a copy of Chrono Trigger. Not that there’s anything wrong with niche stores or Magic: The Gathering tournaments, just that there’s a certain mentality of retro gaming being a “specialty” in America. As far as I can tell, most Super Nintendo games in America could be found in a local landfill by the time the GameCube came out, and the surviving cartridges were gathered up by collectors or hidden away in closets in the hopes that “they’d be worth something some day”. 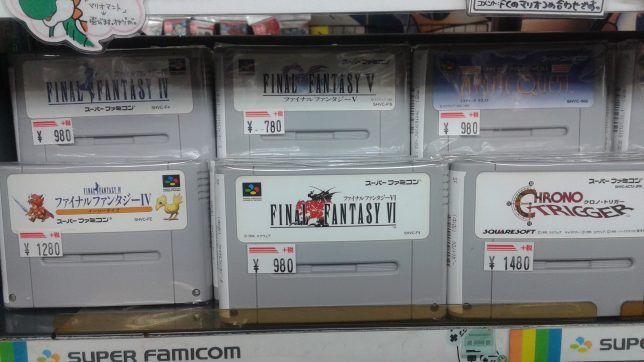 Meanwhile, in Japan, the games were sold to second-hand stores. You can still find Chrono Trigger for less than it was sold originally because there’s no grand shortage. Copies didn’t end up in the trash or in somebody’s closet. They’re still readily available and in decent condition.

I’ve been focusing on Super Nintendo because it has a special place in my heart, and it’s true that Book Off doesn’t go as far back as the Nintendo era…but they do sell everything going back to the Super Nintendo era: Your Xbox One, PlayStation 3, Dreamcast, and Nintendo 64 titles. If you really need some NES games, that’s when you can turn to retro niche stores, where you’ll find hundreds of titles for reasonable prices.

It’s also true that not everything is for a reasonable price. I’m always super curious about things like the PC Engine, which was way more popular in Japan and has tons of games that never made it to the state-side failure that was the TurboGraphX-16. There are certainly some games to be found for cheap…but the system itself is several hundred dollars, and the good games are behind glass. 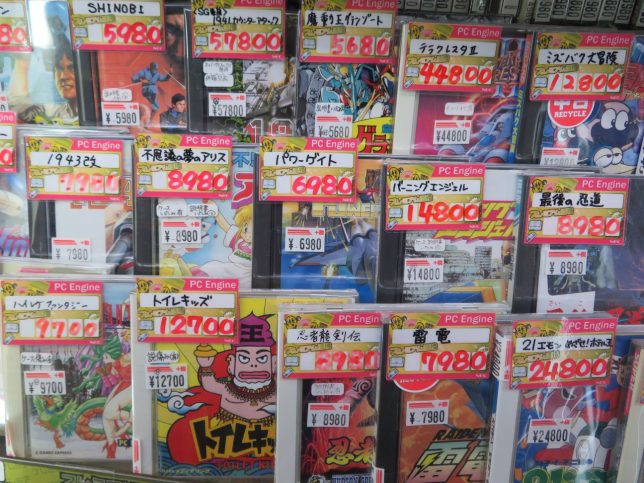 I do think another thing that helps Japan is how small the country is. Maybe there’s no shortage of copies in America, it’s just that if you live in Vermont, it doesn’t help that the game you want is sitting in a Goodwill in Utah. Meanwhile, if you live in Kyoto, you can take the train to downtown Osaka and walk to all the major stores in a day. Still searching? You can try Tokyo next weekend, if you’re serious about it.

I do also think things are changing in America. There’s long been this weird split where the moment something is replaced by a newer version, it’s completely obsolete and ready for the incinerator. A cycle or two later, it becomes retro and niche and ready for the big bucks of collectors and enthusiasts. However, I feel like this has changed a bit after eBay came through and rocked the world of item collection, not to mention that people regularly buy and sell used current-gen games at their local GameStop.

Maybe if this system was in place in 1996, the world of retro gaming would be a bit different here in America. Or maybe I’m just giving the Japanese stores and outsider’s view. If nothing else, at least I can finally play all those Kunio-kun games I’ve been missing out on, and pick up a lifetime supply of games for “Gamera Obscura” while I’m at it. 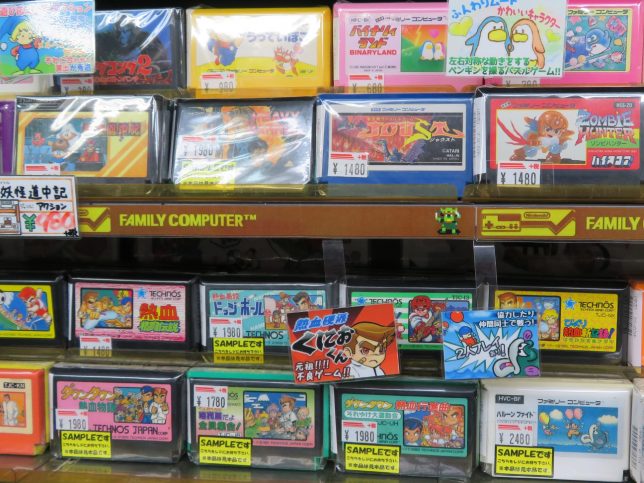 Paul Franzen, Christian Porter, Justin Luschinski, and Alex Jedraszczak talk about, like, videogames, and stuff. Without a single real topic in mind, the podcast turned out far more cohesive and with