It’s a dark, stormy night in a cryptic castle in a faraway land. Cultists are gathering to perform a sacrifice to an ancient god to awaken it. One walks forward, taking an orb in hand. The orb takes the form of a gauntlet and then burns the cultist alive. The head priest celebrates this success, guiding the flock out of the room. And then, the upper window breaks open and a thief rolls toward the altar. He takes the orb and runs off as it forms a gauntlet on his arm. Chased by the head priest, he barely escapes. But little did we know, this was all according to the cult’s plans… 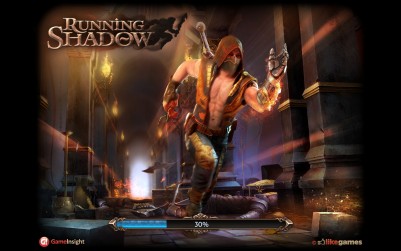 Better run from this game.

Running Shadow is an action runner game that plays up the worst of the genre. It bills itself as an action-RPG game, but it really doesn’t have any elements that makes it more those games than a runner. Like other runners, it is Free to Play, and it monetizes itself by selling equipment, in-game currency, and costumes to the player. It utilizes WASD controls and has an option for using the arrow keys to move, and requires you to utilize reflexes to dodge obstacles and enemies and claim treasure. It’s a rather misleading game overall, and isn’t too fun. 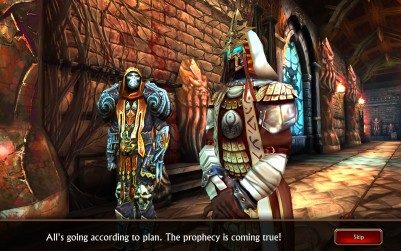 The story is pretty bland in this runner, and that’s saying something with regards to the story goals set in place. You’re a thief who has stolen an artifact from a dangerous cult. Through your attempt to escape this cult you run into a mercenary guild. Joining them, they tell you that the cult has eyes and ears throughout the city, and ugh. It’s a bunch of creepy cult and prophecy cliches tossed into an attempt at giving you an excuse to run through dangerous halls full of traps and enemies. Honestly, I feel like each cutscene takes away from the overall experience of the game, as these games feel like they’re about experiencing the levels in short bursts and the story feels like its trying to drag out each play session. However, it takes more than hack writing to make an unpleasant experience. Bland art also does it too!

The game’s design choices are also boring. You play a thief in a vest with a hood and a mask carrying a sword. Your companions are women wearing corsets and no armor. Your enemies are spooky cultists in hoods. The music is generic bombastic chase music. Sound effects are stock sound effects that were probably pulled off of an open source website. The first boss you encounter is a scary cultist man with tentacle arms. It feels like they were plumbing through a Lord of the Rings fan’s art and a Lovecraft fan’s art to create this visually uninteresting world, and then had no money left so they used any sounds they could find on a free license. 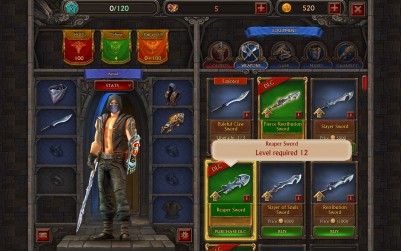 The game fails social issues hard, real hard. You’re playing this white dude in a world of magic, masked cultists, and you…have to be this white dude? Why can’t we make our own character, it’s 2015, and we’d literally be seeing their back the whole time anyway. Worse, the women in the game are scantily clad and flirtatious, yet they’re supposed to be professional mercenaries? Seriously, this is a major failure in social sensitivity and representation. At least there’s no romance that I can tell, but you shouldn’t be celebrating what content a game doesn’t have. 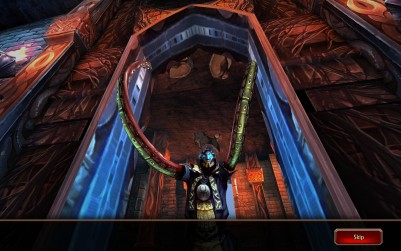 In all, the game’s not good. It’s below average for what I expect from this genre, to be honest. Would I recommend playing this game? No. There are better runners out there, and it’s not doing anything different to be worth supporting. Still, if you enjoy runners for what they are, this game’s basically the same old same old. If you need a new coat of paint on your favorite genre you should give this a shot. Otherwise, skip it entirely.

While playing games, we can learn things, like budgeting.  Today, a kid sits in his basement playing SimCity, where he runs a city that he built up from the ground.  30 years later, maybe he will be