You are a new recruit into the elite Guard Corps of Castle Alexandria. The king holds a grand ceremony to welcome the new guards into service. Suddenly the castle is overrun by monsters! The king is slain, and amidst the confusion the princess is kindapped! All the veteran guards are slaughtered, and all that’s left is you. Can a single lone guard save Alexandria? Can you assault the… 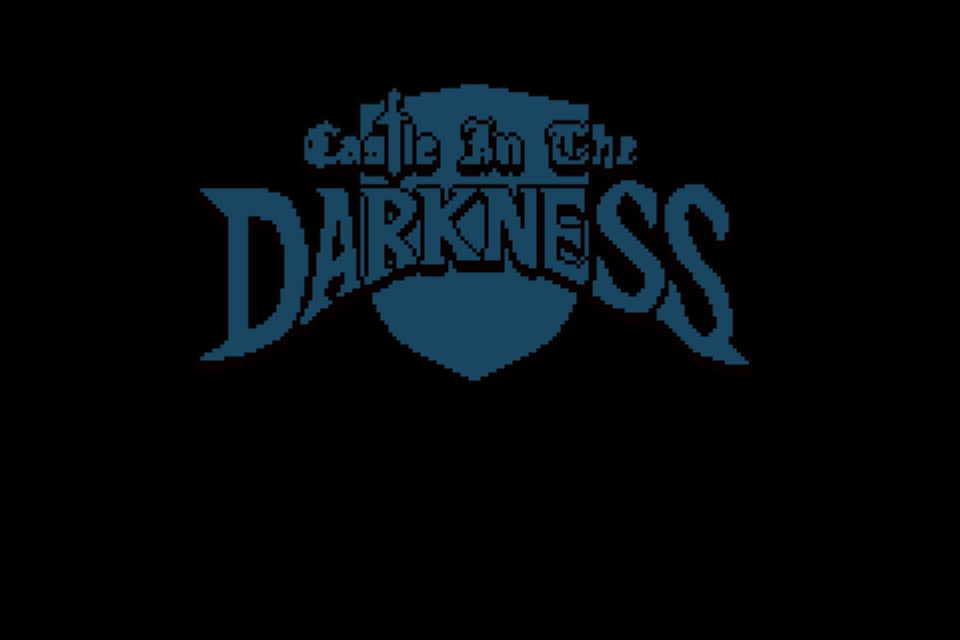 The background has stars for one frame, and I just…can’t catch it.

Castle in the Darkness is a platformer in the style of classic Metroidvania games of the NES era. You move with arrow keys and use simple two-button controls. Large 8-bit-style sprites make up the game’s graphics, and while sparse with detail, they still flow with personality. The music consists of retro-style chiptunes with sound quality reminiscent of the NES’ own sound system. It’s a very loving adaptation of a bygone era, and feels exactly like an NES game would. While there are flaws, the old formulas are also rather refreshing to play, with how complex videogames have gotten these days. 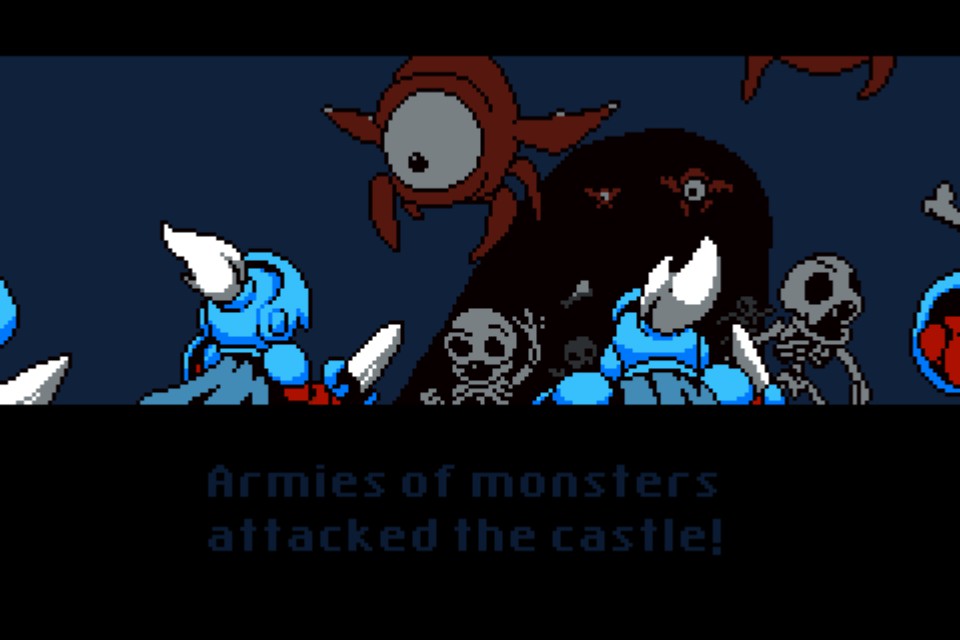 Gameplay is incredibly simple; given the homage it’s paying, that’s to be expected. Jump and attack are the only two buttons, simplicity in its finest form, with equipment changing attack patterns and jumps being floaty. Magic is introduced as a form of charge attack, and the game isn’t too difficult to pick up. It does, however, make heavy use of pattern recognition, one-hit-death pits, and sudden difficulty spikes. Unlike NES-era games, there’s a tutorial—however, the core gameplay is easy to pick up on, so that’s not entirely an improvement over the retro style. The game features bosses of varying sizes, from above average to absolutely gigantic, though their weaknesses are frustratingly vague sometimes and do require a little trial and error. In all, the gameplay is fun and charming, if a little dated, though it could benefit from some modern transparency. 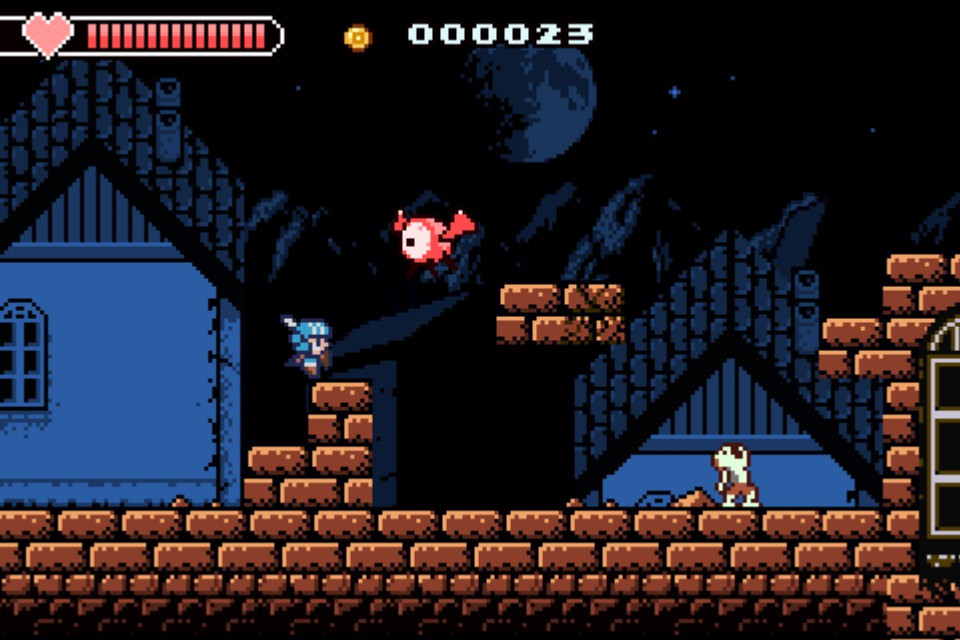 Charming 8-bit graphics guide you through your game.

The game’s artwork, as well, is incredibly simple in homage to the 8-bit era. Looping chiptunes change for each area and construct atmosphere for each section of the game. The visuals are very much like the 8-bit classics the game hopes to emulate, with simple sprites that show how even 8-bit graphics can have detail and subtlety if artists are given time to experiment with the medium. The story is rather simple, though, as you’re a guard trying to save the princess and kill the demons. However, the game’s full of references to classic games and it’s meant as an homage to the 8-bit era. It’s a rather fun game, if a little simple and derivative. 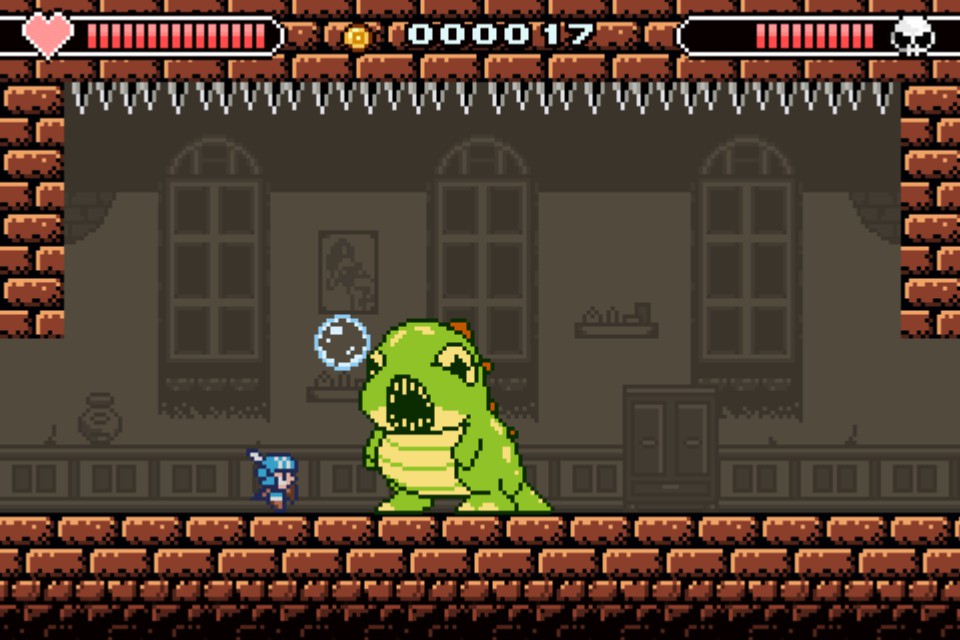 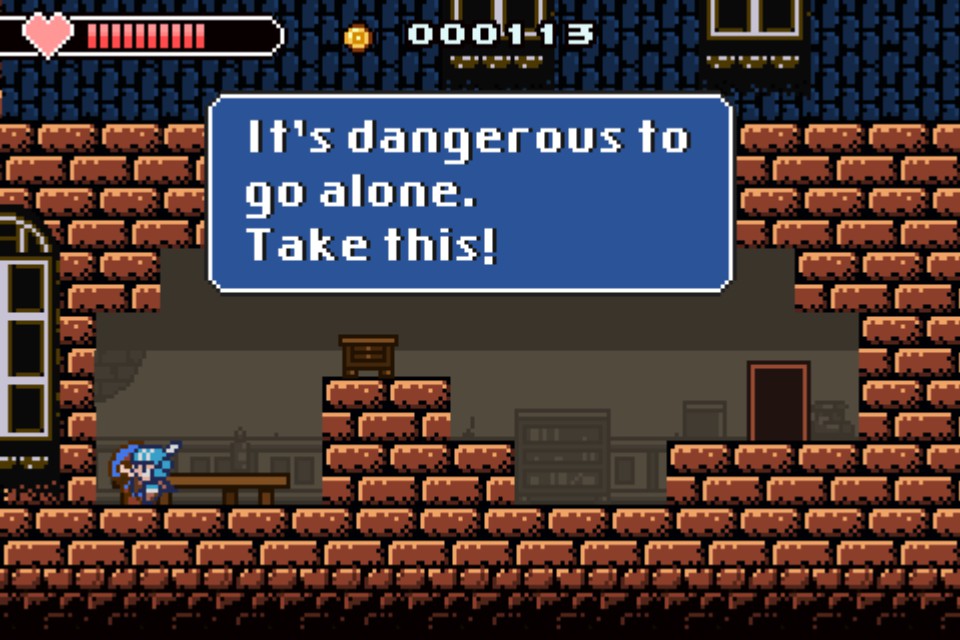 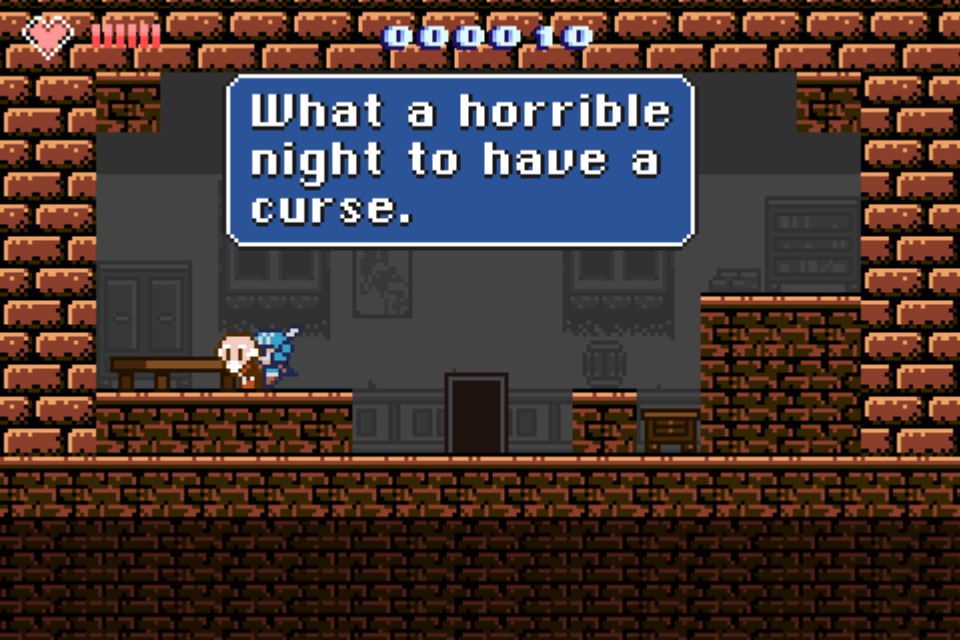 Referential humor: a strength and a weakness.

Nostalgia alone cannot render a game without criticism, and you can’t make a piece of software without some flaws. Minor bugs exist throughout the game, and while you can ignore them sometimes, they can often lead to frustration—such as the last coin you need for a power-up running into the wall! But what’s worse than minor annoyances is how obtuse the game can be. Boss weaknesses are not always apparent, and this can lead to frustration while also trying to figure out their patterns. Core mechanics are rather simple, and while that has its charm, they also leave much to be desired. In fact, this is a case where the greatest strength and characterizing feature is also the game’s greatest weakness. It relies heavily upon nostalgia to pull you in, but without that nostalgia, you’re missing a huge portion of the game’s appeal. 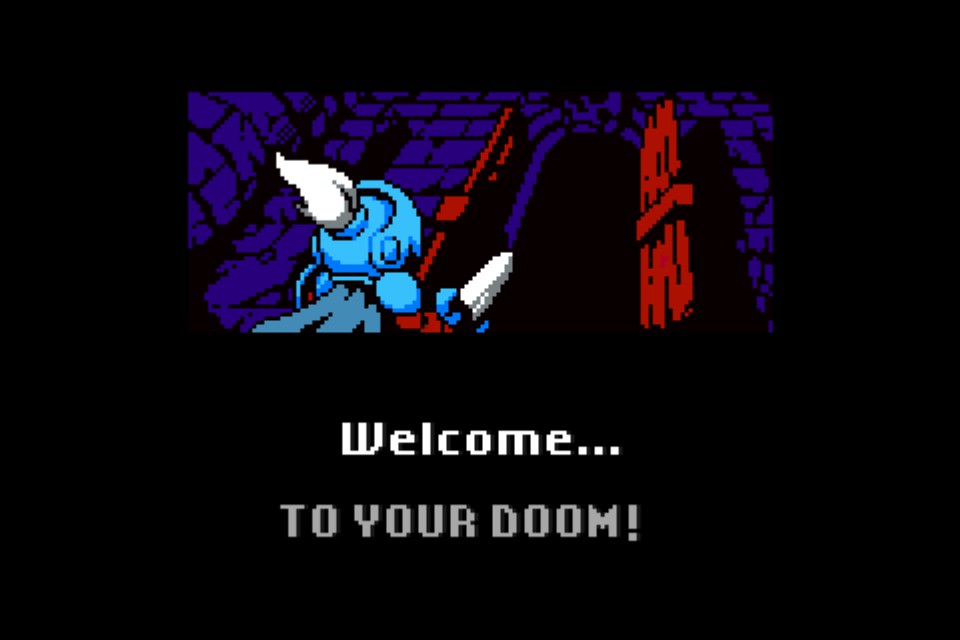 You’re cursed to forever yearn for the days of the NES! AHAHAHA!

Is Castle in the Darkness worth playing? I think so. It’s a great way to look at older games without playing them, sort of reliving the good parts of the “old Nintendo days” without having to experience the bad. However, nostalgia drives the game, and if you have no desire to experience bygone days, then I really can’t recommend the game to you. Either way, the game’s cheap and I do recommend playing it. Maybe you’ll develop an appreciation for how far we’ve come, or even a newfound respect for the games of yore? 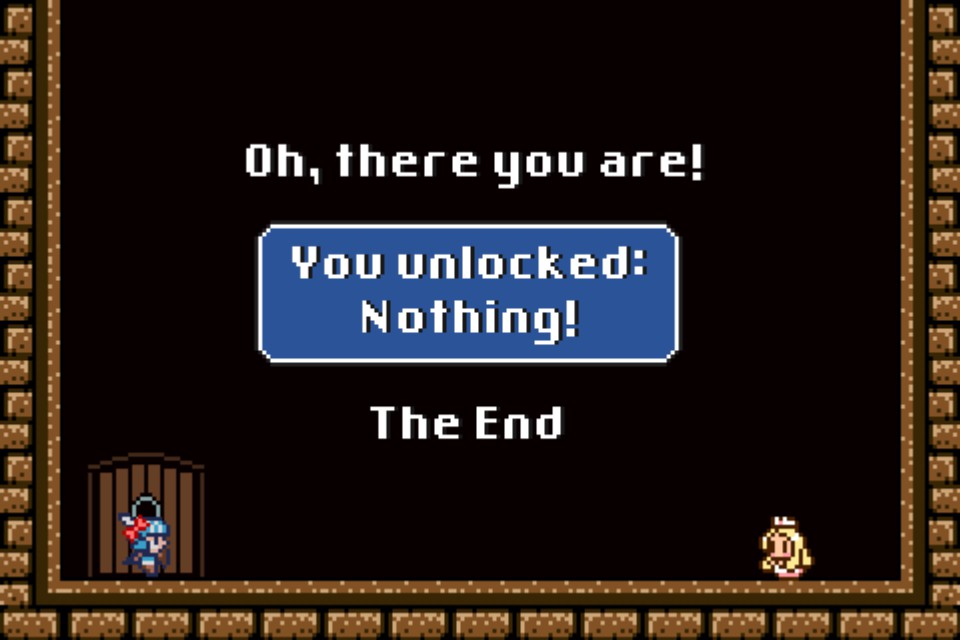 YOU GET NOTHING! YOU LOSE! GOOD DAY, SIR!