One of our writers, Dan Conlin, likes to come up with his own little backstories for his characters in the games he plays. He recently completed another playthrough of Mass Effect: Andromeda and decided to write down this extragalactic tale as he envisioned it. Now, here’s part one of the story for your reading pleasure. Lucky you.

What follows are the personal journals of Skip Ryder, Human Pathfinder of the Andromeda Initiative, graciously donated by his friends who insisted he’d be cool with it.

Haven’t updated this since we left the Milky Way. Kinda easy to get distracted. There’s been a lot going on, not sure where to begin.

We were checking out Habitat 7, and something went wrong.

Wait, hang on, let me back up. We found Habitat 7, our planned location for human colonization in the Andromeda galaxy, and it was a bust. Constant storms, floating rocks, toxic atmosphere, absolutely no viability for a colony. Looked real pretty as I was free-falling several thousand feet from the shuttle though.

Dad made it further, so the rest of us had to make our way to him. As our Pathfinder, it’s no wonder he had more luck than us. Liam was a cop back home, so he handled the crisis better than any of us by only puking a couple times. Cora can punch through a tank with her biotics, though thankfully all we had to deal with were falling boulders and several hostile alien species. 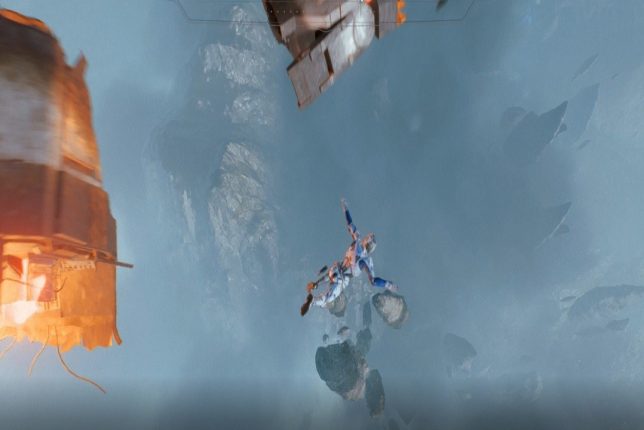 We really could have used my sister Tal down there. Hell of a soldier. But she’s been in a coma ever since her cryo pod malfunctioned. Alive, but stationary. Bet she could still annihilate me at arm-wrestling, though.

We lost one of our own to the aliens. The first one gone, but not the last. I think part of me is relieved Tal didn’t come with us, ’cause that could have been her. Is that cold of me? I don’t know, but I think I’m allowed right now.

We found a weather control device occupied by the aliens (as one does), and Dad interfaced with it. (By the way, we’re gonna come back to that later ’cause what the hell.)

Long story short, the device malfunctioned, shattering my helmet. Dad gave me his, exposing himself to the elements. I lost consciousness shortly after, and later found out I lost more than that. 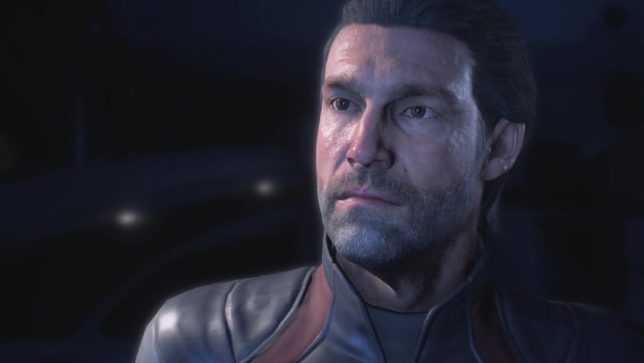 Pathfinder. That’s me. I’m the new human Pathfinder. Guess Dad gave me more than just his helmet. So far, it seems to be like those old vids I used to watch about “going where no one has gone before,” just with more hyperventilating.

We landed on the Nexus—the giant hub where all the actual work is supposed to get done here in Andromeda. Turns out they had a hell of a time too. While we were floating around trying to die less quickly, the Nexus had a straight up revolt. People were exiled and everything. By the time we arrived, the place was a mess.

But that’s not my main concern at the moment. Yeah, I’ve got multiple concerns now. That’s at least 2 more than I wanted. With Habitat 7 out of the picture, it’s my job to find a suitable replacement.

Oh, and it’s not just the humans. The turian, asari, salarian, and even krogan worlds also didn’t pan out, and their Pathfinders never showed up, so guess the frick what? 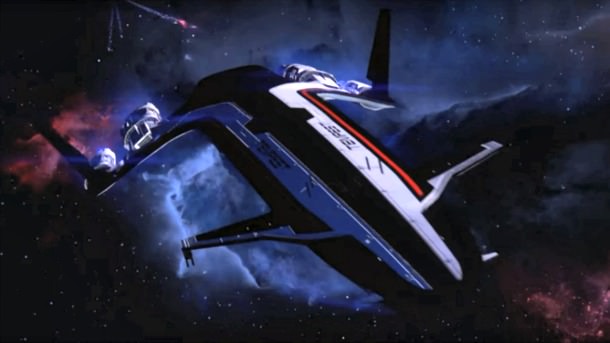 OK, wow. I have a ship. Like a straight up “go that way” “yes sir” type of deal. This is wild. Got a crew and everything.

Liam and Cora were aboard immediately. Then this turian joined up. Her name’s Vetra, and apparently she’s the “good” kind of smuggler. In other words, the kind who’s on my side.

Dr. Lexi, the asari doctor who took care of us when we first got to Andromeda, she’s here too. Good to see a familiar face. Also got a few others I haven’t met yet. A month ago I was nobody. Just the Pathfinder’s son.

Gotta go. I’ve just been told it’s time to take off. Time to find a home for the humans.

And asari, turians, salarians, and krogan.

And locate thousands of people lost on the journey to Andromeda.

And hope we can avoid the aliens that tried to kill us.

Math Sniper 3D could have saved my life when I was in third grade, but it just had to fall into my lap twelve years too late.