We’ve talked about it before. From indie games to AAA titles and everywhere in between, there are just too many games to play these days. Even if you ignore the half-million games on the iOS App Store, there are still more games than you could ever hope to play. How can a gamer even decide what to play when there are so many games to choose from?

Finally, Valve has decided to do something about this problem.

Steam, the game distribution service of choice for PC gamers the world over, is rapidly closing in on its 10,000th game—but that’s where it will all end. While you still have some time until the final release (which has yet to be announced, but we expect won’t be until at least 2017), there won’t be any new games going up after that. They’ve approved all of the Greenlight titles and are wrapping up negotiations with the major developers for big-name titles still in the works, and then it’s lights out in the publishing department.

“I’m just done with all these games,” Gabe Newell was quoted as saying during a recent press conference. “If people want to play games, they can play the ones they already own. Seriously, why are people buying half of these? Just because it’s on sale doesn’t mean you need to buy it. Besides, after the whole fiasco with the mod sales, I’m just over it.” During the four hours following these statements, he went on to discuss why Team Fortress 2 is the best game and why “retro” games (accompanied by air quotes each time the phrase was mentioned) are ruining gaming, among other topics. 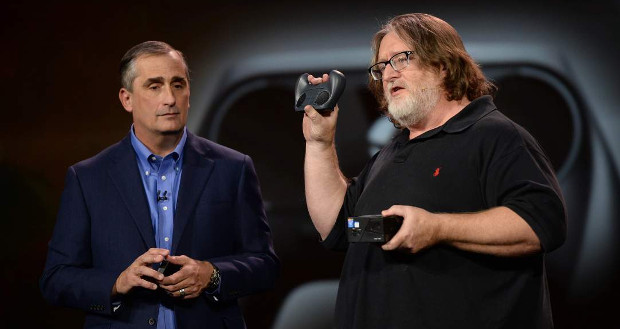 He spent an hour discussing concerns over the Steam Machine after watching the Ouya fail.

While it’s a shame for developers who will be lacking a centralized marketplace in the near future, we expect that developers with games currently on the service will be content as sales will continue indefinitely even though new games will no longer be added. As for the staff here at GameCola, we’re sure that more than one or two will be happy to finally catch up on their Backloggery, if nothing else.

Nothing in this world matters more than you watching this video.