Here it is—the news that everyone doesn’t really want to hear, but could actually be good for the game as a whole. And I’m here to tell you why.

So confirmed: Phoenix and Apollo are “double protagonists”. Essentially, what this means is that Phoenix will head up the trials in the Kingdom of Kurain, while Apollo will take over everything in Japanifornia. 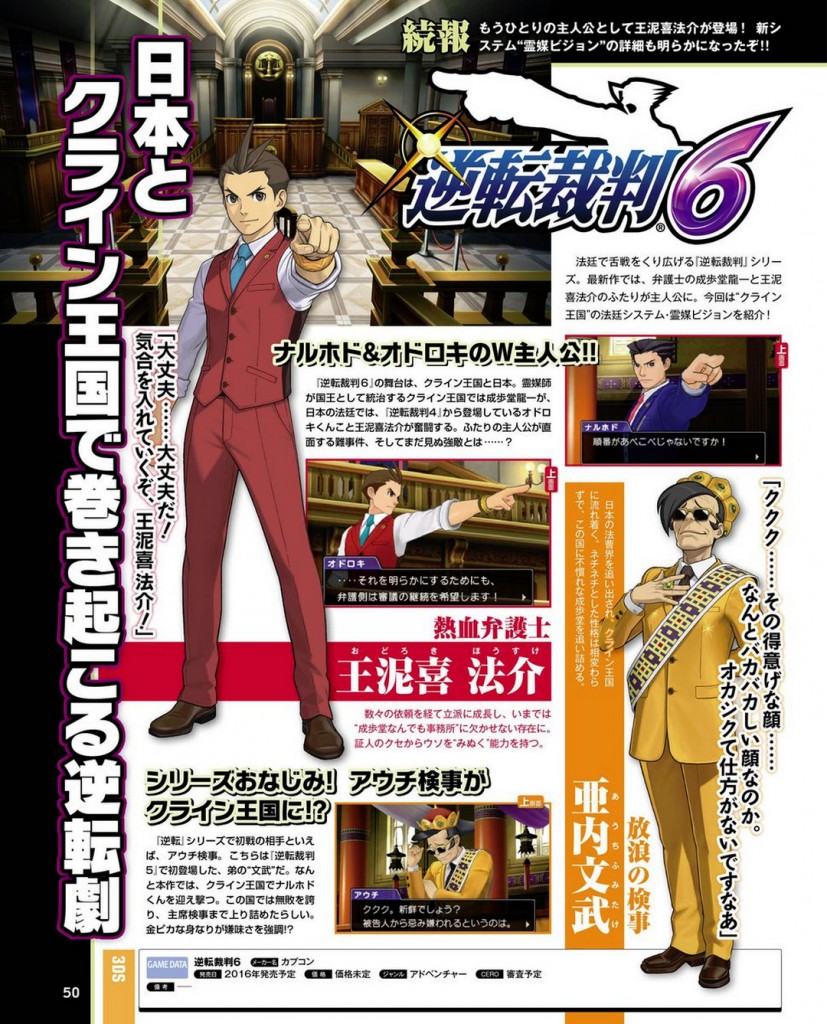 Note also that Gaspen Payne is here. Why is he here? Well, now we know. After the disaster that was the first case of Dual Destinies, he gets kicked out of Japanifornia’s legal system and flees to the Kingdom of Kurain, where he’s now an “undefeated” prosecutor. You’re probably asking yourself how that’s possible—I mean, he sucks, right? Well, it’s hard to lose a case when there’s no such thing as a defense attorney…

So, let’s move on to why I’m cautiously optimistic for this. There are two main reasons. First, Apollo might FINALLY get character development. It’s been a long time coming, but maybe third time will be the charm for our favorite (and only) red-suited defense attorney. I’m not holding my breath, but hey, you never know.

Second, and more importantly, having a second protagonist in Japanifornia may allow for some people to make a return—namely Gumshoe, Ema, EDGEWORTH, Athena, Trucy, Larry…basically anyone. There’s a better chance now that we could see more returners since at least half (?) of the game is taking place in a familiar setting. So, keep your fingers crossed! I know I will.

Don’t expect any more news until Jump Festa in December, so I’ll catch you all then. Fangirl out!