Well, I’m an international celebrity since I won GameCola’s 2007 Readers’ Choice Employee of the Year award.  Still, I haven’t let it get to my head.  I limit the amount of time I spend swimming in my Scrooge McDuck-inspired fan mail bin to a mere half-hour a day.  I always work with the Make-A-Wish foundation and send signed 8x10s to children whose last wish is to simply be in my presence (it’s close enough for ‘em), and I made sure to inform my assistant that the platinum crown that I’m having custom made for myself will have absolutely no more than 30 karats of diamonds in it—I don’t want to look bombastic.

But if there’s one thing I’ve learned from my famous friends I’ve been rubbing elbows with at the A-list Hollywood parties I now attend, it’s that you need to get while the gettin’s good.  Leave a legacy.  So, that’s what I’m doing.  I’ve hit the GameCola ceiling, so to speak, with nowhere to go but down.  Don’t worry though, I haven’t forgotten the fans.  I’ll still be around the bustling ‘Cola forums and comments, and I’ll be doing some solo work over at my blog, www.slothbot.com, where I’ll be continuing Top of the Heap every now and again, and I also have some game-related books I’m working on that I’ll probably finish and shovel out someday. Do you like shooting aliens in the face?  Do you like weak sci-fi plotlines?  Do you like being shot in the face by 12-year-olds only to be called countless racist and homophobic slurs by them while being virtually teabagged post-mortem?  Then, if you’re one of the four Xbox 360 owners who have yet to get their tickets to the Halo 3 Hype-train, now might be the time to do so.

Best Buy is currently serving up some Halo 3 for $38—$22 off the normal price.

I’d hop on it soon, as this will probably be a limited-time offer, and I don’t foresee Microsoft’s multiplayer monolith getting another pricedrop like this until it inevitably becomes a “Greatest Hits” title.

If you own a Wii and don’t own this game yet, then you must listen carefully:  Stop reading—you can come back later to see what the free game below is, how Lizo is doing on testgame and who wins this month’s DCW match.  What is important right now is that you go out and purchase this game and experience one of the most excellent adventures since two dudes found a time-traveling phone booth.

Reviewed last month in GameCola, Zack & Wiki does exactly what I hoped someone would do with the Wii since its inception—revive the point-n-click adventure genre.

Why is it so important that you go out and buy this?  Simple—if people don’t go out and buy good games, the good games don’t come back.  Don’t let Zack & Wiki go the way of Psychonauts and EarthBound.

Need more incentive to pick it up?  Fine, how about the fact that most retail outlets are carrying it for $10 off its already bargain price, dropping it to a svelte $30.  I thought you’d see things my way.  Now go buy!

The first in a trilogy of indie adventure games, Heartland offers up one of the best looking games made with Adventure Game Studio that I’ve seen, utilizing 360 degree room exploration and unsettling cutscenes, all stylized like combination of Condemned: Criminal Origins and Hotel Dusk. 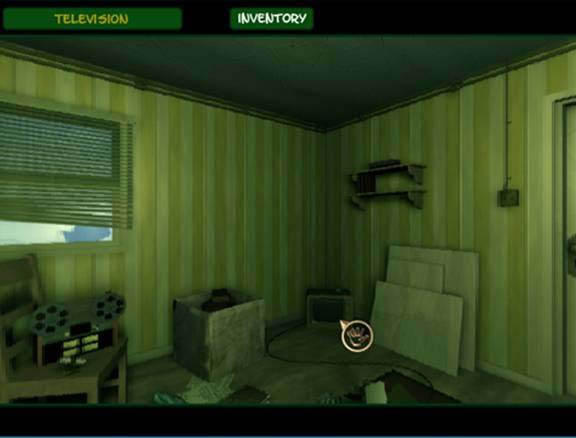 Story and dialogue is very well written, and the puzzle-solving is challenging and addictive, things a lot of indie games fall flat on.

The best part is that if you find that you really like this game you can move onto the sequel, Unbound, which is also free through the Web site below.  A third chapter to the Wound Vignettes series is also listed as being forthcoming if you get really hooked.

Heartland Deluxe: Free
(download it here; you can pick up Unbound while you’re at it.)