Note from the Fangirl: please play this to accompany the article. You won’t regret it.

I bet you were wondering when this was coming. But it seems like every time I sit down to write this article, new information comes out until here we are and the game has been released in Japan for a few days now. Time really flies. It’s been well received so far—a 34/40 from Famitsu isn’t bad.

Let’s start this article with a bit of a disclaimer: since the game is out in Japan, I’m reluctant to do as much research as I usually do. Trust me, if I get spoiled, y’all will be hearing about it for a long time. The Fangirl will not be happy at all. So I’ll just be covering new info and game mechanics, that kind of thing. We’ll all have the game in our hands in a few months anyways, so this is really just a formality.

Let’s begin with that release date—Phoenix Wright: Ace Attorney – Spirit of Justice will be released in September of 2016. Surprisingly soon, if you ask me; a full month earlier than my prediction. Maybe Capcom does care. I was right in my other prediction though: no physical release. But at least we’re getting the game, so Di is happy. 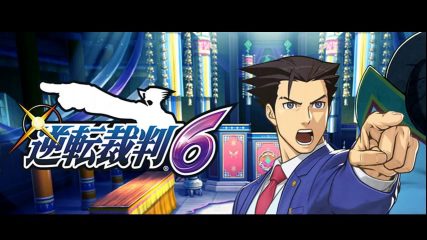 Alright, let’s start with the basics—bear with me here, I may be repeating but some of us may need a reminder. The game takes place in both *cough* LA and a country known as Khura’in. This new country has a…rather unique legal system, one in which defense attorneys are rendered unnecessary by a divination process done by Princess Rayfa Padma Khura’in. The prosecutor is Nayuta Sadmadhi, who mainly works to silence the remnants of attorneys left in Khura’in. Cases in LA will be handled by the babies, Apollo and Athena, while cases in Khura’in will be run by Phoenix and… 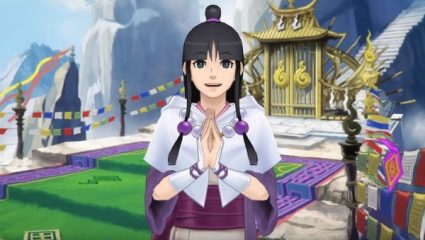 Our favorite spirit medium is back, my friends! We finally have the fantastic duo back together and this fangirl couldn’t be happier. Maya looks more mature than ever, and with her training nearly completed, I’m sure she’ll be of great help to Nick in his trials in Khura’in…and possibly sit in the defendant’s chair as is tradition at this point. We all knew it was coming, but it’s still amazing news. She was announced in an eight-minute anime prologue that gives a good background on everything I just discussed.

But, Maya isn’t the only one who’s coming back! No, we also have one of my favorite characters—Ema Skye—who has become a forensic investigator! We have Trucy, who is still a magician and who may also take a turn in the defendant’s chair! We have Simon Blackquill, who…honestly, I have no idea what he’s doing; he’s a witness, then he’s on the defense’s bench, so he’s a wild card. We have Gaspen Payne, chased out of the LA Justice system into a place where he can really say he was undefeated (no defense attorneys kind of leads to that). We have confirmation that Wendy Oldbag WILL NOT be appearing, which is always exciting! And finally…wait for it…we have… 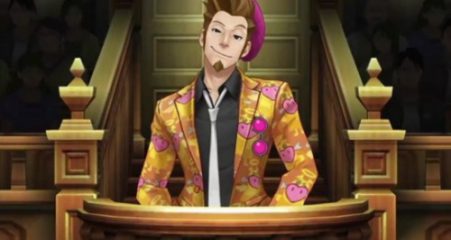 …wait, no. That’s not right. Although he is in the game. God bless Larry. You missed him, I know you did. What I ACTUALLY meant was… 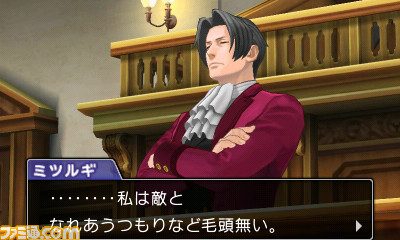 *swoons* Unfortunately, the latter two are only confirmed for a bonus DLC case that somehow involves time travel (?), but hey. I’ll take all the Edgeworth I can get.

There’s a few other returners confirmed for DLC cases—Klavier Gavin, Pearl Fey, and Jinxie Tenma are among them. Whether we’ll see these cases outside of Japan is anyone’s guess, but I hope so. Other DLC will include costumes like in Dual Destinies: Furio Tigre’s outfit for Phoenix, a Tres Bien maid outfit for Apol—I mean, Athena, and a Japanese high school student uniform for Apollo.

Alright, let’s get down to the nitty gritty: what we know about the gameplay of Spirit of Justice. For Nick, we’ll be using that new seance gameplay mechanic that we’ve talked about before (I’m personally hoping for a lot more Magatama work, too!). For Apollo and Athena, trials in LA will remain pretty much the same; investigation, trial, Mood Matrix, perceiving with the bracelet, and so on. Anime cutscenes are back, but this time animated by the people who are doing the anime (which I’ll talk about in a separate article, don’t you worry). The penalty system is going back to old school Ace Attorney—five strikes and you’re out. I like that a lot better, to be honest.

And, guess what? Capcom heard me when I said Dual Destinies was WAY TOO EASY. They’re making Spirit of Justice more difficult, with less obvious hints and the ability to COMPLETELY DISABLE THEM (which I will be doing. I don’t need no hints, I’m pre-law!). Examination will also be more widespread like in previous games, which is another aspect I really missed. Overall, at least in text, it looks to be a good mix between the old and the new. We’ll have to see if it lives up to expectations. 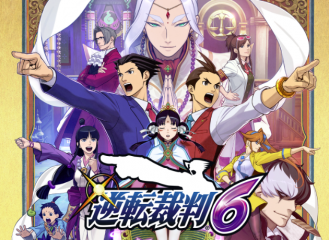 Now let’s talk about the other main plot point that’s been revealed and personally, I’m not looking forward to this. If you all recall, I was really looking forward to giving Apollo the benefit of the doubt in this game, giving him one final chance to get some character development. But from what was revealed in the final preview trailer for Spirit of Justice, he may get that character development, but at a cost I’m not willing to pay. We see him and Athena actually squaring off against Phoenix over a piece of evidence. And I mean seriously squaring off—as in opposite sides of the courtroom squaring off. That…scares me. I’m basically automatically opposed to anyone going against Phoenix (who isn’t Edgeworth), and as it stands, it’s impossible to see Phoenix as not being right. I don’t want another fight over evidence, not after Apollo Justice. Can’t we leave the past behind us? 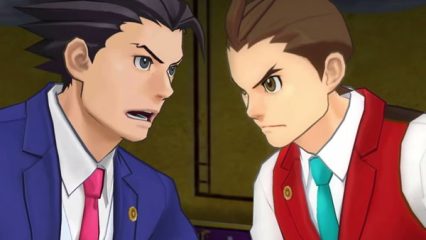 This will not end well for you, Apollo. I can pretty much personally guarantee it.

We only have a few months to wait and personally, I’m holding my breath. Demo at Anime Expo? I’m hoping so. I’ll hit you up soon if there is. If not, I’ll see you in September! Fangirl out! 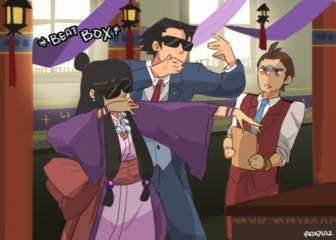 Oh, and by the way…it’s catching up with us. Ini Miney just recently passed. RIP. 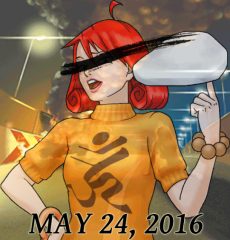 The other day, as someone on the subway was jamming an elbow into my windpipe, cutting off what little life-giving oxygen I was able to suck through the plastic bag covering my face, and I was trying