You heard right! The staff all cast their votes, and you cast yours, so it’s time to find out who the winners are! The awards will be officially published this Thursday and Friday—but that’s not all!

On Saturday at 8pm EST, tune in to the GameCola Twitch channel for the REAL moment you’ve all been waiting for: GameCola’s Christmas in July HoHoHoliBIRTHDAY LIVEcast Year-EndstravaganzAwards Spectacular 2015 in 2016! 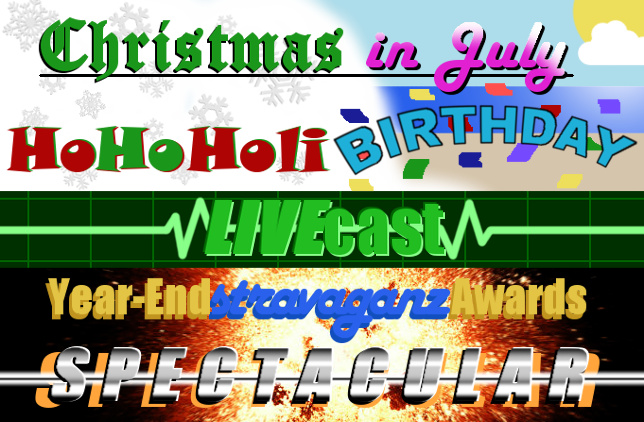 If you’re familiar with GameCola’s HoHoHoliday LIVEcast Extravaganza, you should have an idea of what you’re in for—just imagine that KICKED UP A NOTCH.

Leave a Reply to No Lynch Atlas Cancel reply