This is why we can’t have nice things. There comes a time in every person’s life where something breaks on them, whether it be their computer, car, or even their mentality. Wasn’t it just a few months ago that this website bro—oh, hello readers. Can you update me on how long it’s been since GameCola was down? While you gather the finer details, I’ve gathered some answers for a very precarious question. Without further adieu, this month’s question is this: What is your favorite moment in a videogame that broke the fourth wall? (In case you were wondering, the fourth wall is a concept introduced in acting and live performances. The fourth wall is essentially the wall the audience sits behi…oh for crying out loud, just click here.)

My favorite moment in breaking the fourth wall has to be Disgaea. Yes, you read that correctly. The whole series in general is all incredibly fourth-wall-breaking. The different characters fully acknowledge their levels and stats within the game, villains will try to steal the coveted spot of main character, characters will directly address the player. Even one of the most popular characters in the series, Vyers, is actually known by most fans and acknowledged by many characters within the game as nothing more than Mid-Boss, the annoying character who shows up sometimes but is never incredibly difficult to defeat. It’s moments like these that really set Disgaea apart and keep me coming back for more. 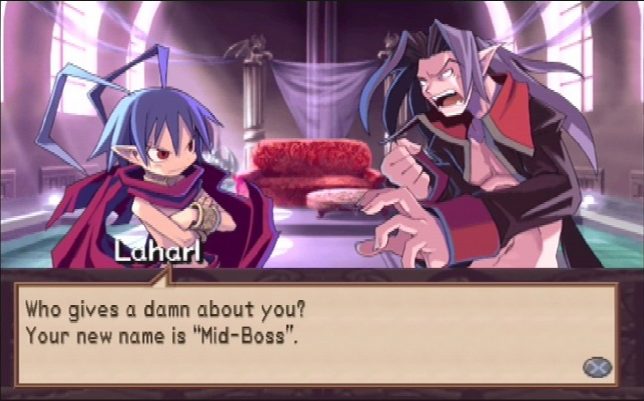 Metal Gear Solid 2 broke the fourth wall in an amazing way. When battling it out with the artificial intelligence GW, the “Colonel” (actually an impersonation from GW), starts going absolutely batshit crazy. He eventually tells Raiden to turn off the game console. He also talks about this being a role playing game.
I NEED scissors! 61! 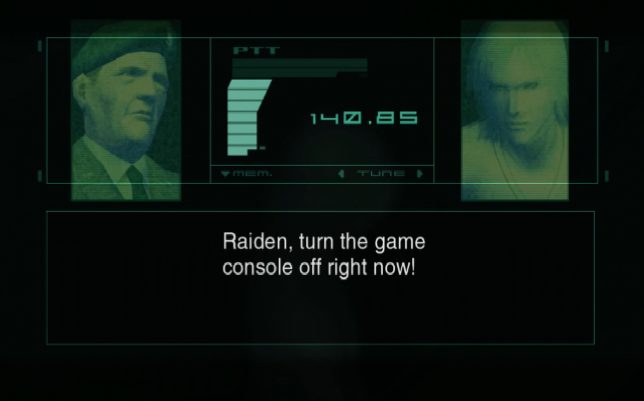 Good advice for GamePepsi fans out there, am I right?

Is it my turn to spew petty nonsense yet? Awesome, my turn has finally arrived! Over the months spent away from GameCola, my experiences with games has expanded to the far reaches of the nether realm, and I found myself a fan of more games than I anticipated. A good handful do good at obliterating that one fourth wall, while others make it painfully un-bear-able to watch (puns anyone?). Still, if I were to pick one game that was my favorite in terms of fourth wall breaking, I’d have to toss Disgaea into a ditch and valiantly hold up the entire Hyperdimension Neptunia collection (I had to borrow some hands).

The beauty of Hyperdimension Neptunia, as a series, is that it combines a well-maintained game mechanic, along with cute characters, all the while shattering fourth walls everywhere and spitting satire at the console wars. The game series focuses on 4 main nations: Leanbox (Xbox), Lastation (PlayStation), Lowee (Wii), and Planeptune (???). Each nation is run by a CPU, and each CPU vies for shares, which represents how much the people of a specific nation believe in their CPU (console fans anyone?). The game pokes fun at various story events and gameplay mechanics, such as flag-inducing events, leveling system, and even what characters are doing off screen. If there is another game out there that has more fourth wall breaking than this one, I can only imagine the fifth wall is blocking my vision. That makes wayyyy too much sense…

Honestly, I’ve never had a favorite moment of fourth wall breaking. They’re usually poorly timed, or kill immersion. Perhaps Aerannis did it best, though, breaking the fourth wall during the tutorial with a series of silly puns by your robot friend? Otherwise, I feel they usually hurt a game’s atmosphere and narrative more than help. 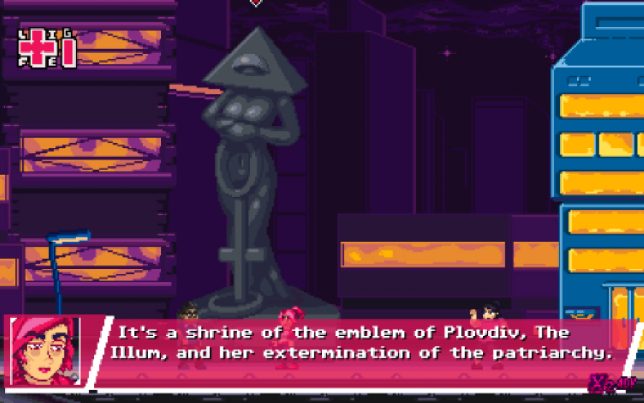 Ready to grab your nearest sledgehammer? Eager for a trip to Home Depot? Let us know what your favorite fourth-wall-breaking moments are in gaming in the comments below! The best three answers will be featured at the end of the next Q&A! Got a question you would like to ask our staff? Tweet us @GameCola or use the hashtag #GameColaQA.

Well, at least the effort was there.