Game Over. One of the most ubiquitous videogame tropes. First appearing in the arcade games of the early ’80s, and still present today in modern games. Well, sort of.

A classic example of what no gamer wants to see.

I know this may seem outrageous to anyone who’s played a videogame from the ’80s, ’90s, or even early 2000s, but there are probably people out there that don’t even know what a Game Over is, or at least haven’t seen one.

The reason for this actually might surprise you, unless you read the title of the article. A significant amount of game developers—and an even larger amount of gamers—believe that Game Overs are obsolete, overly harsh punishments that are unnecessary in most of modern gaming, at least in their original form.

To be clear, the original form of Game Over was—and likely still is—a product of necessity for arcades, where videogaming first hit mainstream popularity. Arcade games are created to capture the coinage of as many eager gamers as possible. In order to do this, they are designed specifically so that a single person can’t really spend much time playing before they are forced to cough up more quarters, or relinquish control to someone who has enough money. Thus, the original Game Over is the punishment designed to destroy all progress made by the current player when their time (or money) ran out, and force them to make way for the next person in line. For arcade games, this practice makes perfect sense. 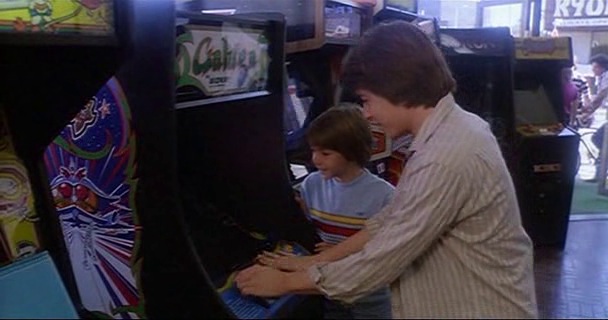 For home console games, however, things are quite different.

Since home console games don’t benefit by forcing players to pay up every time they want to play, the Game Over was mainly an arbitrary holdover from arcades. Early on, it was simply seen as a harsh motivator for players to improve their skills, punishing those who were unable to conquer a game with their provided amount of lives. Now though, Game Overs are taking a different shape: dying and restarting from a checkpoint.

In games ranging from Super Mario Galaxy to Final Fantasy, getting a Game Over no longer means starting from the beginning of the game. In those kinds of games, being forced to start all over would be an INSANE punishment; no longer would the prospect of a Game Over be an incentive to improve your skills, it would be an event that turns you away from playing the game entirely. After all, what’s the point of playing a 20-hour-long game if you had to start over after making a handful of (frankly inevitable) slip-ups a few hours in? That’s not a fair challenge, nor is it fun. As a result, many modern games have changed the punishment for failure: restarting from a previous save or checkpoint. Now, you often receive a Game Over after every death or loss, but the punishment is far less severe. This allows the game to be challenging, while not turning its players away with arbitrary difficulty.

Now, there are still plenty of modern games that force you to start over after dying—roguelike games such as The Binding of Isaac and Enter the Gungeon, as well as random titles such as The Impossible Game—but these games are specifically designed around the fact that you WILL die, and in the case of The Binding of Isaac, the game still keeps certain unlockables and achievements after you die, so you are simply encouraged to fight for 100% completion, knowing that it’s OK to take as many attempts as you need. 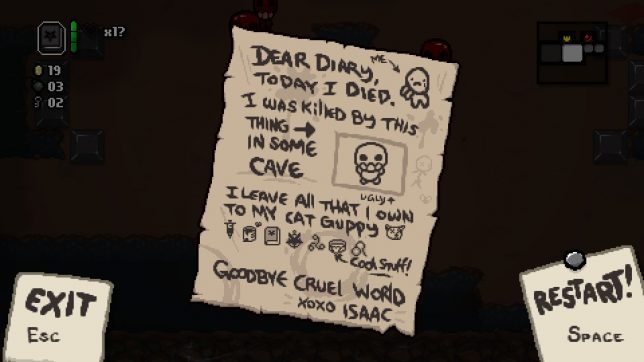 So, to answer the question: are Game Overs obsolete? The answer, annoyingly enough, is that it depends on the game. Certainly, Game Overs have been phased out in several genres where they are no longer relevant outside of arcades, and that’s great. However, perhaps the usefulness of the Game Over isn’t completely lost; when a game is designed around the concept of repeated attempts, you can still end up with a very challenging, but extremely satisfying game, and that’s OK too.

RPG fans have been hoping for a revival of the Bard's Tale series for quite some time now. Good news! Yesterday, it was announced that a new installment of the series is planned for this October. Star