Have you noticed that a “mechanic” is someone who works with mechanical objects, but a “game mechanic” is like… a part of the game’s engine? They have the same word. Weird…

I’m what you would call a hoarder. While it is true that my closet happens to be full of things I will NEVER find myself using; old gaming peripherals that don’t work, or hundreds of cables that hook up to something, but I’m not sure what… either way, if it does something (and even if it doesn’t), I keep it. I’m going to need these dispel herbs. All 9999 of them. Eventually.

As it stands, I dread inventory limits. I WILL need that KeroKeroCola at some point. When I played Minecraft, I had a chest SPECIFICALLY for putting dirt in. Nothing else—JUST dirt. Like, why? Dirt is everywhere, and it’s not useful for anything. And it was almost filled up. That’s over 3,000 dirt blocks that I had hoarded.

However, I will accept that inventory limitations DO have a place in gaming. While they may have originally been intended to simply save memory (or for you “realists”, because it makes sense not to be able to hold 999 Excaliburs), they’re still important to have around, depending on the game’s genre and circumstances. Hoarding items may ruin the game’s intended difficulty. In this article, I will analyze games from various genres and time periods and show their effects, and judge whether or not it’s done well. 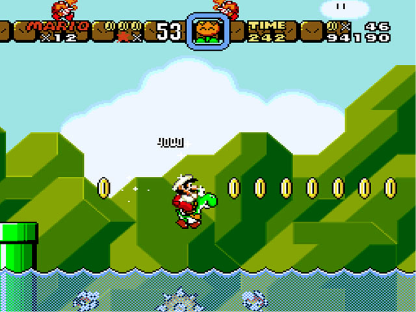 The player has a fire flower in their inventory, and a rather unfortunate run-in with PETA.

In Super Mario World, the player’s inventory is centered at the top of the screen. If the player obtains a power-up while already powered up, the old power-up will be placed there. The player can press a button to drop the item that’s in their inventory. If the player takes a hit, they’ll lose their current power-up and the stored item will be dropped automatically.

Super Mario World is an example of a game that uses an inventory limit well. The inventory limit is there to keep a check on the item system: The game would be too easy if the player could stack up ten cape feathers to fly through any stage.

Bottom Line—Super Mario World‘s inventory limit is there to prevent the game from being too easy. As this is an RPG series, inventory capacity becomes more of a gray area here. One factor to considered is how it affects difficulty—not whether or not it makes sense. Yes, being able to stuff your bicycle, 20 ropes, 99 giant medicine bottles, and a partridge in a pear tree doesn’t really make sense…but how does it affect the gameplay?

In Pokémon games, your trainer’s 4-dimensional backpack does not get in the way of difficulty. There are a few reasons why this is the case:

Because items take a turn to use in battle, many players will avoid it if given the chance. You can use a potion, but your opponent will just hit you with a fire blast as you’re doing so. This usually leads to nothing getting accomplished. Most people don’t have the sanity to waste that much time even trying—or the Pokédollars, really.

Since players usually save their items for after the fight, potions are really there just to top up your team’s HP after a fight. While 90 potions could make it so you never feel in danger during a dungeon…you never feel in danger during a dungeon anyways (unless you’re underleveled), so there’s no difficulty for the potions to take away in the first place. If anything, the potions are time savers—you COULD run all the way back to the Pokémon center, but that would take a long time. Rather than healing items making a dungeon too easy, they just save you a lot of time —which is a good thing!

And speaking of saving time, repels are wonderful. Rather than dungeons in Pokémon games being known for their difficulty, they’re usually just there for the sake of story progression, new ‘mons, puzzles, items, and to pad out the game (thereby making it feel like you’re actually on an adventure, whoa).

While there are ways to get more of it (which take rather long amounts of time and aren’t even worth it due to the reasons above), for the average player just trying to go through the main story, it’s sort of a limited resource. Therefore, you don’t really want to dump all of it into cheesing fights that don’t need to be cheesed anyways.

Bottom Line—3rd-generation Pokémon games removed inventory limits, which is okay, because it does not get in the way of the game’s intended difficulty. 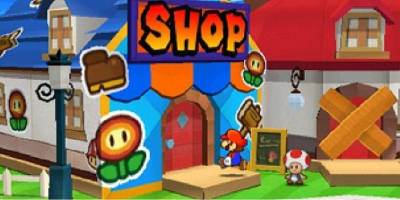 The “Too Good to Use Club”

In the first Paper Mario game (aptly titled “Paper Mario“), the max base HP you can have is 50. Naturally, when you find an Ultra Mushroom in the final dungeon, which heals 50 HP and happens to look exactly like a 1-up Mushroom in the main-series games, you probably feel pretty well-off (especially considering if you drop down a tier of mushrooms, you’re only healing 10 HP instead).

Well, that’s great and all, but it turns out you’ve been bogged down by all the other stuff you’ve been carrying. You’ve found so much other great stuff along the way—like a Jammin’ Jelly, which recovers 50 (the max) MP (sorry, “flower points”), or the shooting star, which deals a nice amount of damage to all enemies.

When a game gives you full heals, you want to save them until you absolutely need them. From there on, it either turns out that you never end up needing them, you get so many that it’s hard to save all of them, or when you DO need them, you’re still afraid to use it because there might be a time where you need it more in the future.

Alright, even if the items you found aren’t part of the “Too Good to Use Club”, you naturally want to try to save items if at all possible. No point in using them if you don’t need to, yeah? The problem is that you don’t really have enough room to do so, and end up wasting items as a result. If you pick up an item and you’re full, you can trade them and toss one. Most players will use an item that they didn’t really need to use in order to make space for the new one.

In Paper Mario (and its sequel), your primary means of healing (apart from safe havens such as inns and healing blocks) are from star powers and items. Star power is accumulated during combat and can be used to cast spells, while items can be found in blocks and can be used for various things as well.

However, star powers are just more convenient to use. Because star power is regained through combat, it is a renewable resource that the player will never be without. Items can serve the same purpose, but once you use an item, it’s gone—no getting it back unless you waltz on over to the shop that happens to be decorated with flowers, work boots, and human-sized hammers.

Thankfully, you CAN store items. If you somehow finish a chapter while still carrying them, anyone with a shop will hold on to them for you. But, is this really necessary? Considering that Paper Mario games have NEVER been known for their difficulty, letting the player hold a garage full of mushrooms doesn’t really take away any of the game’s natural difficulty (considering it really has none). Doubly so since, like Pokémon or basically any turn-based RPG, using an item takes up a turn in battle—you might end up healing five damage, but taking five the same turn.

Let’s say you’re playing the game to try to complete everything there is to do—as many people say, “100% the game”. Perhaps for your Backloggery, even?

Many games with crafting systems keep track of what items you have/n’t crafted. Paper Mario games do this.

Crafting multiple things is very difficult when lots of traveling is involved —in the case of Paper Mario, one may have to travel across the world to get a Koopa Leaf, go to the other side of the world to get a Lime, and then go back to the very center just to make one item. If you had more inventory space, you could gather more ingredients before returning to the middle to synthesize all of them. But as things stand—nope, you’d be able to craft five. 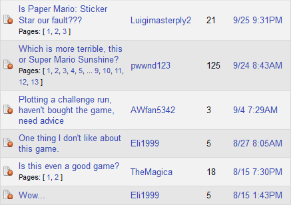 Stickers work as the game’s item system. However, stickers are also how you fight enemies and solve puzzles. Problem is, you need to have stickers for both of these. Sure, you can find stickers all around the world, but if you miss them, you’ll have to stop by a shop. And if you run out of stickers in battle?

It should be noted that stickers are plentiful all around the world. This is a scenario that is unlikely to happen—though, the idea of being completely unwinnable because you screwed yourself over is a glaring flaw that should be caught during playtesting. Especially considering that you ran out of attacks because you used them all outside of battle for some reason.

Bottom Line—Paper Mario games highlight why I dislike inventory limits. While these don’t get in the way of difficulty (because there isn’t much to get in the way of), they cause a slow item-management puzzle that takes up time that should be spent enjoying the experience. Items could be managed better, but generally aren’t worth using in the first place—which may not be in fault of the inventory space, but the items themselves. Still, because the player’s item space is cramped, I often end up ignoring it entirely. Of course, these are only a few ways of how inventory management can be observed. In this article, we have seen inventory in the form of:

There are many, many more ways to manage inventories. What games have you played with interesting inventory limits? How did it affect the gameplay? Did it make things too easy? Did it save you a lot of time? Or did you spend more time trying to cram everything in one place than actually play the game?

But hey, the new Paper Mario game is going to fix all those problems, right? 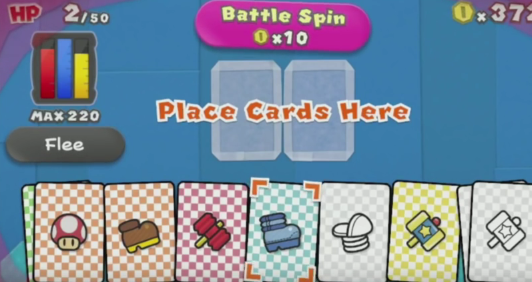 L.A. Noire just released a new gameplay trailer. Will it be a great new game, or will it be Grand Theft Maltese Falcon?