It’s finally happening. After being open for nearly 20 years, DisneyQuest is going to be closed and replaced.

…one of these days. Despite the announcement of “closing in 2016“, it’s November and it’s still definitely open with no confirmed final date. 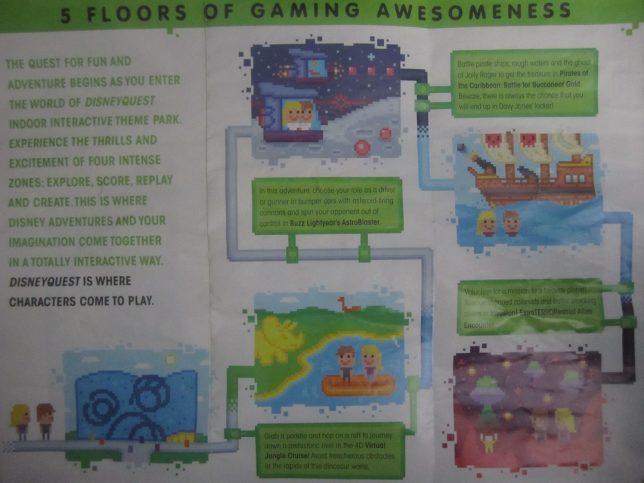 Having been there multiple times over the years, I can tell you that DisneyQuest was an amazing arcade experience. Five floors of simulators and arcade games both classic and modern, plus air hockey and skeeball and the like, and interactive rides that could compete with the offerings at Disney World next door. It was a tad on the expensive side at the time, but you could play all day for one price—no quarters or tokens required. You could even get a season pass and come as often as you wanted!

Having been there recently, however, I can also tell you that the price has climbed to be almost prohibitive, and while they’ve kept up with modern arcade games, the major rides haven’t been updated since 1998. It’s almost endearing to see the pre-Johnny Depp Pirates of the Caribbean ride, or to have baby Bill Nye introduce the build-your-own virtual roller coaster.

It’s kind of difficult to complain about given the sheer scale of the place and the huge variety overall, but the selection of arcade games is missing entire eras and genres. They have the true classic Golden Era arcade games like Pac-Man, Galaga, and Joust. There are some mid-2000s first-person shooters, a few recent flight simulators, and varying ages of racing a motorcycling games. There are more rhythm games than just DDR, and the modern trend of turning apps into arcade games is present with games like Jetpack Joyride. There’s even a real-life Fix It Felix, Jr.!

But even with all this, most of the late ’80s and early ’90s were missing entirely. I didn’t see a single 2D shooter, fighting game, or co-op brawler. Is it an aversion to direct violence, licensing issues with games like The Simpsons arcade game and Turtles in Time, or just a perceived lack of interest from their target audience? 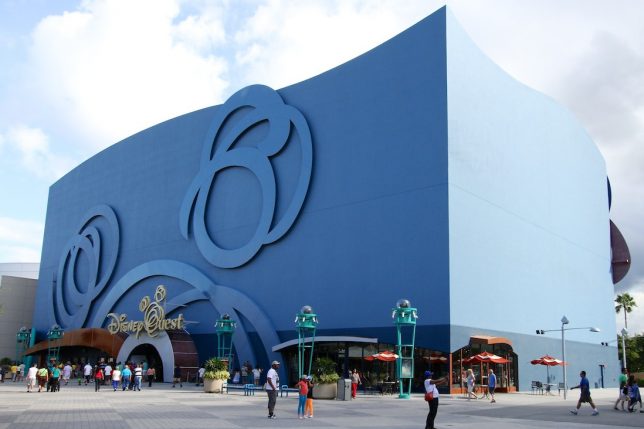 But, the real question is: Would DisneyQuest really have been more popular with some fresh updates and extra attention, or was it a wise decision for Disney to invest elsewhere in the face of America’s limited (and often confusing and quickly changing) interest in public gaming? They opened for business right as DDR and 3D games were bringing arcades back in vogue, but maybe it was too big of an investment for a concept that would fade again in five to ten years.

It seems clear that it’s an expensive proposition to maintain and update these machines, and it’s difficult to please everyone’s tastes. Throughout my day there—and you have to spend at least six hours to make it nearly worth the entry price—I overheard multiple other patrons comment out loud about the state of the establishment. “That ride was more impressive ten years ago.” “Wow, that chair is literally made out of duct tape.” “I guess they don’t care about fixing the machines when they’re closing soon.”

Is it possible to save the American arcade scene, or are Americans just not interested enough in local public gaming, whether competitive or co-op, to support such an expensive establishment? We never developed the type of competitive gaming culture that Japan has, and with free games on our phones and the ubiquity of online gaming, it’s difficult to convince the general population to spend their money hanging out and playing games. Disney gave it a great shot, but maybe it just wasn’t meant to be.

After amassing a large number of media, whether it be books, CDs, or pornography, the age-old question arises: "Where do I put this crap?"  The same goes for video games.  It doesn't matter if you c