Something that pops in my mind every once in a while is “Man, what ever happened to the Ouya?” The next thought that usually comes up is “Why didn’t they pronounce it ‘Oh, yeah!’? That would have been way better than ‘Ooyah’,” followed closely by “Eh, I’ll probably look it up later.”

Years later, I finally did it. I looked up what happened to the Ouya. And I was surprised by the news. 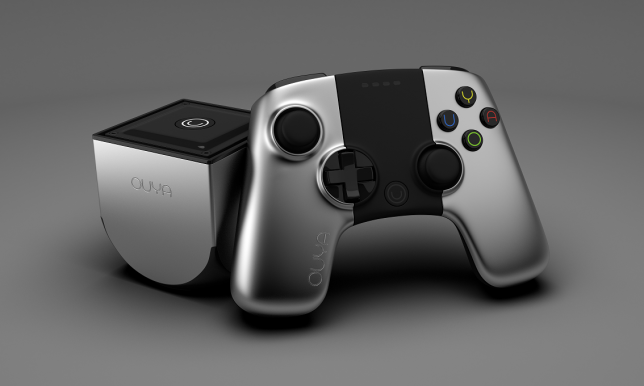 For those who don’t remember, the Ouya was an early microconsole from a time when everyone was arguing about whether the Wii U would be any good and when the PlayStation 4 and Xbox 720 would be announced. Starting as an early Kickstarter record breaker, it offered a console for indies to develop on and affordable gaming for everyone. What a time to be alive! I can develop and play Android games? On the TV?

But like the microconsole fad in general, it never really caught on. I would occasionally wonder if anything ever happened, but given that nobody cared about the Ouya in general, the news never really got around that it had been discontinued.

From the looks of things, it had actually gone out of production even before Microsoft announced the end of XBLIG—the other way to get your indie game on the TV. The games are still there for those who have the console already, but if you really want to play a bunch of games already available on PC and Android devices, you’ll have to try the second-hand market as the Ouya store no longer exists.

It’s finally happening! The end of an era is upon us! The Ouya has gone the way of OnLive, XBLIG is shutting down, Desura is bankrupt…the only one to survive the reckoning appears to be Steam Greenlight, but it’s not the exclusive playground of quality (or just popular) indie titles that it once was.

What will the new era look like? The opening up of Steam Greenlight may be good for indies, and I’ll always root for itch.io—and while nobody cares, even Desura is supposedly coming back. Without the Ouya and XBLIG, that still strands the average indie developer in the realm of PC gaming. How will we achieve our dreams of seeing our games played on the TV?!

Dare we rest our hopes and dreams on the one remaining microconsole that stands alone?

A Pac-Man Arrangement:There once was a man named Pac-Man,And rehashing old games was his plan.There was no aim for fun,And his games all bar none,Were destined to enter the trash can.But Arrangement i