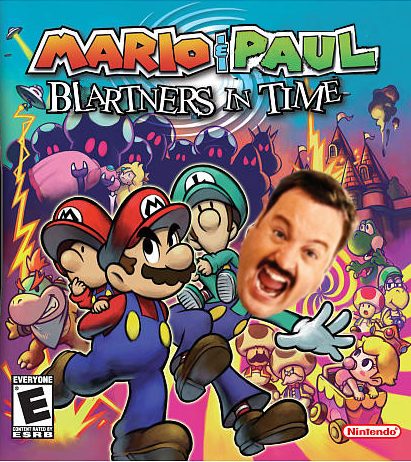 Nintendo is known for being very particular when it comes to what franchises are featured in crossover games with its own biggest IP: Super Mario Bros. However, today it seems they are coming out of their koopa shell with a very safe yet not entirely unexpected action-RPG/crime-drama: Mario and Paul: Blartners in Time,  a title coming exclusively to the top-selling NEW 3DS. The game pairs the prolific plumber Mario with the acclaimed mall cop of the world-renowned Paul Blart franchise as they attempt to solve the case of Princess Peach’s mysterious kidnapping. One might think that this soon-to-be classic is a very straightforward move by Nintendo, but if we take a closer look we can see just how careful the company has been with mixing properties with its star-powered franchise over the years.

Nintendo has always been scared of creating a crossover that doesn’t suit its needs, perhaps moreso than any other company. Some trepidation is certainly warranted, however. Of course it would be a bad move for any game company to support its competitors, so Nintendo has to be extra careful to never join together with a series that could stand to gain competitive ground from the publicity of being featured in a legendary crossover. Even if they were ever to be brazen enough to attempt such a crossover, one would expect the venture to be singular and short-lived. 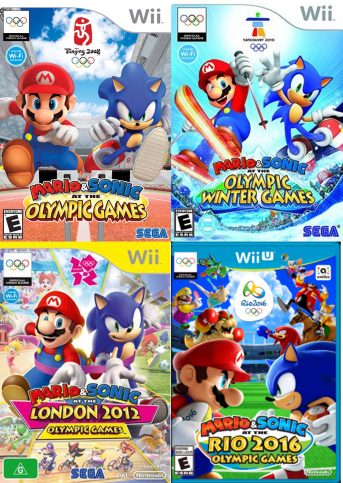 Mario and Sonic at the Olympic Games

Another more subtle caution that must be taken—were Nintendo to even decide to do a crossover game—would be the potential mixing of genres and tones related to each series. I need not explain how the themes of Mario and Paul Blart mix so elegantly, and honestly I don’t think this point warrants any further explanation. It doesn’t take a marketing executive to understand what game series might have weirdly conflicting tones and gameplay styles.

Lastly, it’s important that they not accept downright stupid ideas. The mere existence of crossovers can mess drastically with the tone of the world being presented in either case. One need only to look as far as the Tommy Westphall Universe to understand that doing a crossover in a dumb way could have disastrous impacts on how seriously you can take past and future narratives in the franchises. Luckily, we can rest assured that Nintendo will always have the utmost care in producing quality crossovers for years to come. 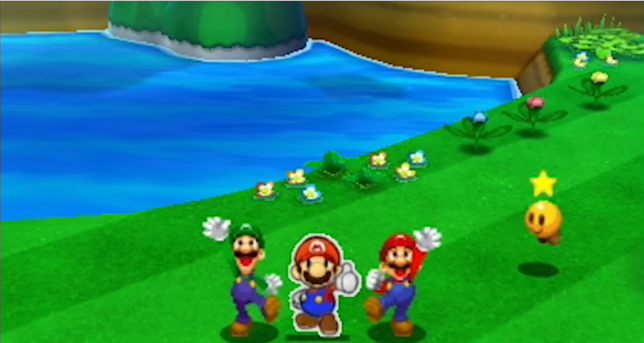