It’s been two years since my brother and I played The 7th Saga while he visited for Christmas. The game is always somewhat of a topic on my mind, so when he told me he was planning on visiting again this year, I immediately pulled the Super Nintendo out of the closet and got everything set up.

We had to finish what we had started! I was determined. When we left the game last time, we were underleveled and not even sure what we were supposed to be doing. This time around, we’d tag team the leveling and bring out the walkthroughs. It was going to happen!

We slowly caught up to where we needed to be, and it actually turned out that we were closer to the end than I’d thought. This should be a breeze, right? 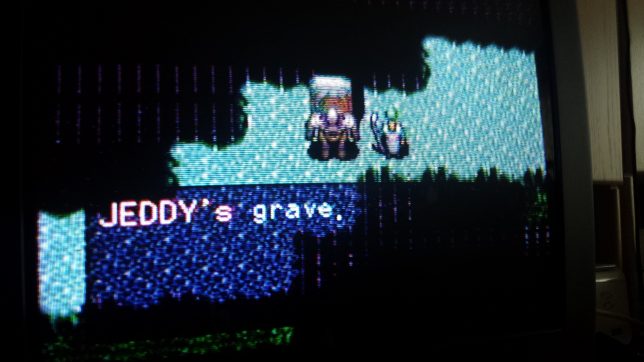 Not exactly. 7th Saga is an incredibly unforgiving (and frustrating) game. I’d gotten a pattern down to make leveling go a bit easier, but there were still times where monsters we’d killed dozens of times would suddenly just destroy us. Was it payback—not for the monsters in the game, but perhaps for something we’d done in life? We made our way through, but not without a painful amount of grinding.

Which is when I realized something. Given how much grinding is required by the game overall, I couldn’t image trying to play with a character that also needs to purchase equipment. That’s why I’ve always chosen either Wilme (the alien), or Lux (the robot). Both of them trade off a lack of equipment for extra bonuses on leveling up. I’m not sure if it really made the game easier, but it at least left me with one less thing to worry about.

But, there was something else. I’d read about it a few times before. Toward the end of the game, you come to the city where Lux was originally built…and there’s a repairman there who’s able to power him up. It only works once, but it gives a significant bonus.

Rather, it’s only supposed to work once. 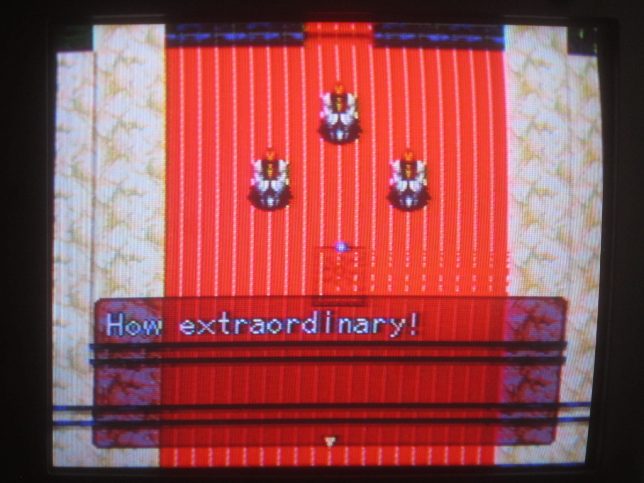 As we were closing in on that section of the game, frustrated by the number of monsters that could kill our party in one hit (as opposed to two hits for most), my brother decided to take a break for the evening…and I got to work.

There’s a glitch that, when Lux starts blinking during the powerup cutscene, you’re suddenly free to move around. You wait for just a moment before walking straight right over all of the walls and characters and obstacles in your way to go up the stairs—canceling the window that pops up to tell you that you got the bonus. If you’re a frame too slow, it’ll open before you go upstairs. A frame too fast and the window will pop up after the next room has loaded.

But if you time it exactly right, you’ll get the bonus without registering the event and you can go back down and get it again. 30HP, 30MP, and 10 to all stats. When the average level takes an hour or so and gives maybe 3 to 5 points per stat, being able to repeat this powerup every couple minutes gives an incredible advantage. After doing it about ten times, I could almost kill the average monsters in one hit!

Almost, at least. And only after I cast Power to double my attack—but it was still way better than playing the game normally. I saved several hours and easily swept my way past the next few bosses to make it to the end of the game!

And that was just kind of it. We beat the game. There’s a brief, confusing cutscene and then the credits. That was it. We’d waited two years for this.

In the end, I almost feel like it would have been better to have left the game unfinished. It was thoroughly frustrating and the ending was hardly worth seeing. We’d finally done it…we’d beaten The 7th Saga. But, why?

There’s always something drawing me to this game. I wish it was good. I really do. But after all this, I don’t think I’ll touch it again. 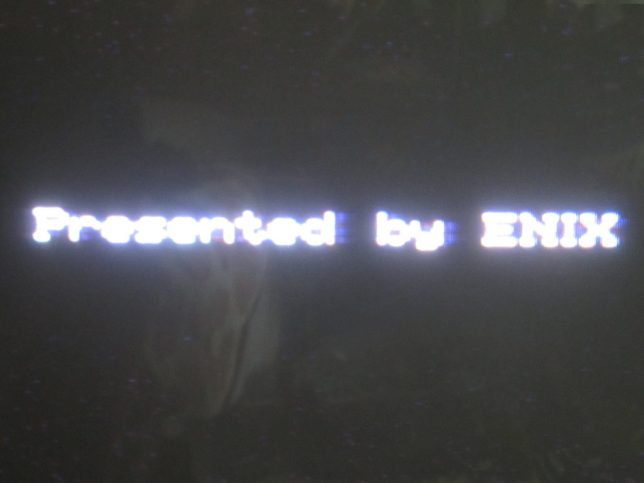 Hey, it's testgame time again! This month in testgame: Not a whole lot! Mostly, I did a bunch of helpful bug-fixing this month. And I also worked on some backgrounds (which I am feeling pretty good ab