There’s a blizzard, and you’re stuck walking through it. You’re not going to make it, passing out in the snow. As death grasps you, a man appears and drags you away. You awaken within an inn for travelers, but quickly learn you weren’t saved as an act of altruism. You’re in the town of Vidar, and each night a beast visits the town and murders someone. You were rescued with the hope that you would be chosen instead of one of the townsfolk, and the blizzard will not relent. Your only choice for survival is to venture into the beast’s lair and destroy it, saving yourself and Vidar. Unfortunately for you, your failure is predestined. 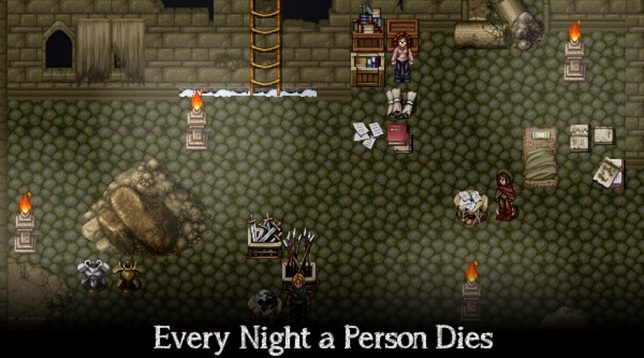 One of the selling points.

Vidar is an indie videogame by Razbury Games that is currently available on Steam via early access. It’s a story-based puzzle game focusing around the titular town of Vidar and the citizens contained therein, and your effort to save everyone from the beast that cursed the town. Each day someone randomly dies, and each day you may venture deeper and deeper into the caves to solve the mystery of Vidar once and for all. Faced with a twenty minute time limit, and seemingly insurmountable challenges, Vidar is an interesting game that tests the problem solving skills of its players. The story is rife with tragedy, lacking in hope, and different with each playthrough. It’s an interesting take on the genre, and would not exist without independent developers! 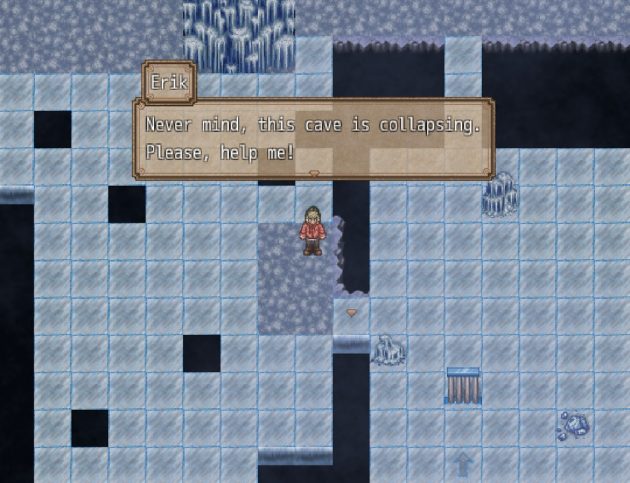 It all starts with the death of a child.

The game’s story is a tragedy, as Vidar seems doomed from the start! It’s a risky story to tell, tragedy doesn’t go over well with mainstream developers and videogames. It’s almost Shakespearean in scope, with characters and conflicts seemingly inspired from classics like Macbeth, Romeo and Juliet, Othello, Hamlet, and more! It also features topics rarely discussed in videogames, such as cultural and religious shift! Vidar is in a country that seems to be in the process of converting from a decentralized monotheistic faith to a centralized polytheistic one, and there’s implications of even greater tragedy as a result of this! Journeying through the caves you discover the history of the country, and through that the nature of the curse that envelops Vidar. 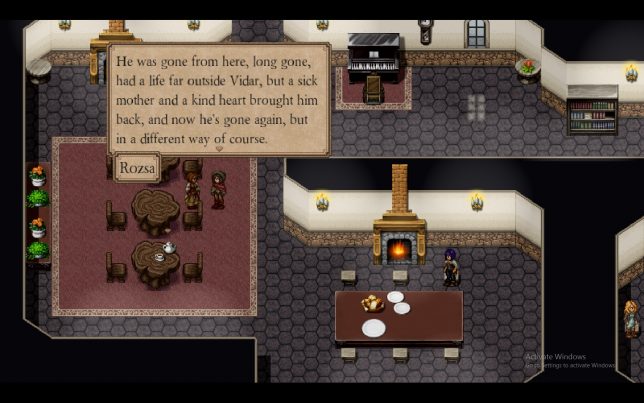 The town’s people of Vidar have very human stories about them.

Vidar’s puzzles are based on the mechanics available to 2D isometric games: seemingly simple fetch quests, sliding puzzles, escort missions, switch flipping, and more. With the clock constantly ticking, it’s a race to finish the game! Unfortunately, the build I played featured heavily restricted advancement. Early floors are simple to clear, but do not have much in the way of quests and puzzles. The first four nights were spent clearing the puzzles of one floor each night, and subsequently losing four characters to the curse. A few times, characters were lost as I gained the item that would complete their quest, and while this is the nature of randomly generated events, it is still frustrating. As more floors become available, their size increases and so do the number of puzzles and quests in the game.  The slow start of advancement puts a damper on the game, but hopefully a balance between going too slow and too fast will be reached before the game sees its final release build. 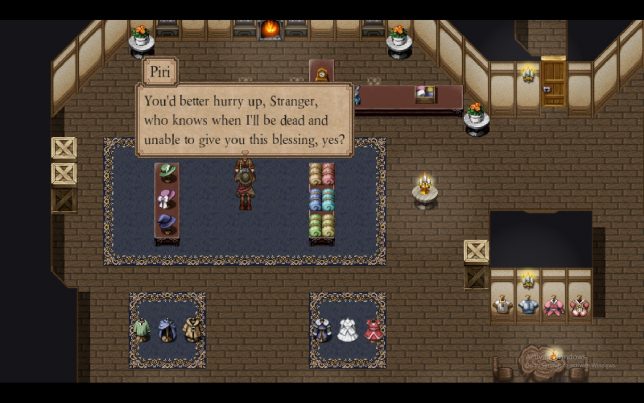 Vidar’s NPCs highlight one of the biggest problems with the game.

The only thing I can find about the game that’s could be damning is the graphics and engine. The way the game moves and plays feels like it comes from RPG Maker, and that extends to the visuals. Tilesets feel like they’re constructed in the accessible game design program, and while it’s great as a proof of concept, videogames built in RPG Maker need to stand out. Unfortunately, the sprites are what you’d expect as well, static and without even expressive portraits. While it’s what you’d expect from a small project, it’s not what you’d expect from something being sold commercially. I can see these issues driving people away from the game, even with the critical praise it is receiving! This quality is maintained throughout the whole narrative, many different Shakespearean archetypes are present in the game.

With luck, Vidar will fix the problems that it is having during its Early Access, and become a classic indie game that shows AAA developers once more that we enjoy things that deviate from the traditional formulas. Play the demo and give it a shot, maybe even buy it!

You know you have one.