Allow me to paint a picture for you: Long ago, PC RPGs were heavily influenced by tabletop gaming. Almost every RPG on the PC market was based off of a Dungeons & Dragons property. Eye of the Beholder (and sequels), Pool of Radiance (and its sequels), Champions of Krynn (and sequels), Dark Sun: Shattered Lands (and sequel), as well as many clearly inspired by such series. Wizardry, Ultima, Might and Magic, The Bard’s Tale, and other big names all had huge inspirations from the pen-and-paper RPG juggernaut. Some console games attempted to take on the mantle as well—an NES port of The Bard’s Tale (and Wizardry, and Might and Magic), Dungeons & Dragons: Warriors of the Eternal Sun on the Genesis, SNES ports—but the console market was largely dominated by JRPGs. And rightly so. Considering the limited space of the cartridges, the lack of a hard drive to store extra game data, you couldn’t have as large an RPG on the consoles of the time.

Several classics of the genre, each subtly if not outright influenced by pen-and-paper RPGs.

Some pen-and-paper-inspired RPGs did succeed a little on the consoles, despite JRPG dominance. Shadowrun saw three separate console incarnations, each with wildly different stories, though unfortunately there was never a fourth console RPG made of Shadowrun for a later console generation. However the PC market was largely hostile to JRPGs, whether it was the linear stories, simplistic mechanics, or some other factor, we’ll never know. Through the ’90s, some of the first MMORPGs were, in fact, based on pen-and-paper properties, though that was a trend that did not carry on. Eventually TSR, the copyright holder of Dungeons & Dragons, went under and the license was purchased by Wizards of the Coast. Enter the scene: A studio named Black Isle, with the popular title Fallout 2 under their belt, joined together with a fledgling BioWare to change the market once and for all.

Dragon Warrior and other JRPGs are based on pen-and-paper RPGs, though with few exceptions actual pen-and-paper licenses didn’t fare well on consoles.

Fallout was based on a tabletop RPG called GURPS (Generic Universal RolePlaying System), but when creative differences occurred between Interplay and Steve Jackson Games (the license holder for GURPS), the mechanics changed and resulted in the RPG classic we know today. When Interplay’s Fallout team split, some went to Studio Troika and the remaining staff stayed on to create Fallout 2 as Black Isle. BioWare was a relatively unknown company that developed the engine that would be used for a huge RPG project. Teaming up with Black Isle and Interplay, the fledgling company went to work on a title using the Dungeons & Dragons license. What resulted was something nobody could have predicted. Baldur’s Gate was born, an RPG that would revive the Computer-RPG (CRPG), having a lasting legacy on the genre, across generations, and across platforms. 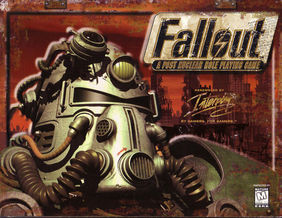 War never changes, but a single game can change an industry.

BioWare and Black Isle’s Baldur’s Gate was a powerful force in the CRPG medium, spawning an expansion and later a sequel. The plot focused around an iron shortage that later expanded into an epic quest. Many areas full of sidequests, character customization, several memorable characters, a powerful story full of twists and turns, all built up to what made Baldur’s Gate a staying classic. It resulted in Neverwinter Nights being made, a multiplayer CRPG based around player-controlled and -created campaigns and worlds. Its sequel, though, was where we saw the most impact. Baldur’s Gate 2 was, without a doubt, the most influential CRPG of all time. 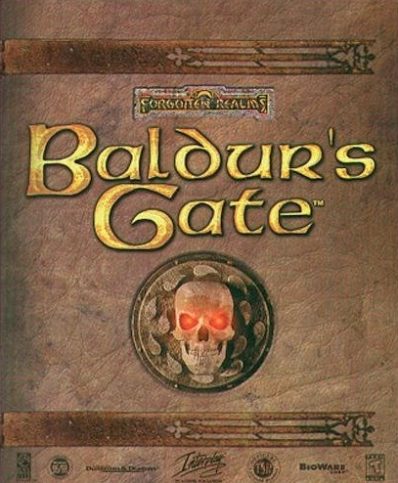 The start of a revolution doesn’t always look so impressive.

It influenced every RPG that came after that—even those BioWare did not create. It established many romances between a created character and scripted NPCs, as well as allowing LGBT character romance. It has each party member offering their own “loyalty quests”, missions that you undertake when party members trust you enough with their own personal agendas. These conventions, plus the narrative formula, are being adhered to even today. These games are almost twenty years old and still influencing the RPG market. However, with Interplay’s death, Atari acquired the Dungeons & Dragons license, and while future Neverwinter Nights games were made, Baldur’s Gate hit a bump in development. 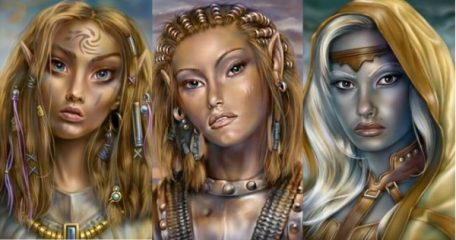 While romance wasn’t wholly new, in a story-based RPG having the choice of who you romanced was uncommon. Baldur’s Gate‘s options and how well written and fleshed out they all were changed the genre forever.

Mass Effect, Dragon Age, and series outside of BioWare all borrowed from Baldur’s Gate‘s success. Neverwinter Nights 2 would never have produced two expansions, BioWare owes its entirety to the Baldur’s Gate series—Bethesda even borrowed from the success of Black Isle and BioWare’s influential series. Black Isle went under, unfortunately. Some members went to Obsidian Entertainment and others seemed to vanish into other projects. Baldur’s Gate 3 now seems to be dead in the water. However sleeping gods seldom lie, and in 2012 “baldursgate.com” was registered and a placeholder website was made with the iconic logo and the words “SOON”.

This resurrection is like some kind of Xanatos Gambit.

Baldur’s Gate was fourteen years old, the title lost to licensing hell. BioWare owned the Infinity Engine which the game was made on, Wizards of the Coast owned the license upon which the game was based, and Atari owned the interactive media rights to that license. But in the year 201x, strange things are known to happen, and a company named Beamdog somehow managed to negotiate the rights to all three of these essential components. Baldur’s Gate: Enhanced Edition was released, with extra content, and the same applied to the sequel as well. Both featured their iconic expansions, and both were well received. Beamdog has announced Baldur’s Gate 3 as their lofty goal—a conclusion to the series. But, there’s more.

An important rule in pen-and-paper RPGs: Always check for a dead body, because if you don’t make sure you kill something…

Beamdog was dedicated to restoring these classic CRPGs, and more. Icewind Dale, the dungeon-crawling cousin of Baldur’s Gate, was also enhanced. Later, they released Baldur’s Gate: Siege of Dragonspear to bridge the gap further between Baldur’s Gate and Baldur’s Gate 2. Planescape: Torment: Enhanced Edition was also released, to the joy of many. This decade is something of a puzzler for videogames. Releases of classics are one thing, even adding extra bonuses, but a game that had been released almost twenty years ago, had not seen any development for fifteen years, receiving an expansion? Baldur’s Gate 3 looms on the horizon, a legendary series finally being revived, almost twenty years after its first release. 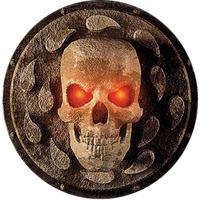 It will always come back.

Amazon.com is having a casual videogames sale for Valentine's Day.