There comes a time in every person’s life when they stare at something and just go, “How the [insert favorite swear word] did I get here?” For me, that time was when I started playing Alicia Online, an online Korean horse racing game. Now, I didn’t find Alicia Online (or AO) by myself—a friend of mine randomly texted me while I was locked out of my apartment and told me to try it out. After creating my character online and downloading the game (and praying it wasn’t a virus since everything was in Korean), I began my horse racing adventures…and honestly, I was shocked at how good it was. I didn’t have much hope for a random online Korean horse racing game, but the graphics were clean and realistic, and the controls were smooth and simple. 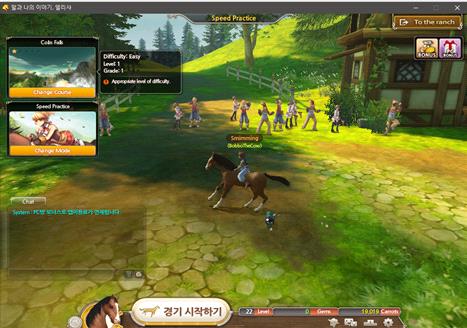 Why yes, those ARE dancing people dressed as horses.

But enough of that. Let’s get to the main point of the game: racing.
AO has two main flavors of racing—speed and magic. In speed races, you collect horseshoes to give you speed boosts, and in magic races, you run through these little orb things to get magic items, like shields, ice barriers, lightning bolts, darkness, and fire dragons. All in all, it has a very Mario Kart-esque feel to it. Even the stages are specialized like Mario Kart, both with the different environments and obstacles. There are meadow stages with sheep you can run into, magnificent forest stages, desert stages with dancing camels, ice stages THAT AREN’T ALL SLIPPERY, and city stages that I hate because of all the sharp turns.

Dinos and dragons and wings…oh my!

You can race by yourself in the training mode, join with a group of friends in a private racing room, or just jump into any random race with players from all across the globe. While the language barrier can sometimes be a challenge (even with Google Translate), the online community is actually a significant part of the game. I’ve played with people from the Netherlands, France, New Zealand, Australia, Korea, Germany, and even the distant state of Missouri. You can add any player as a friend and then track them down later to race again, and with the addition of the guild system, groups of friends can band together to race against other groups. 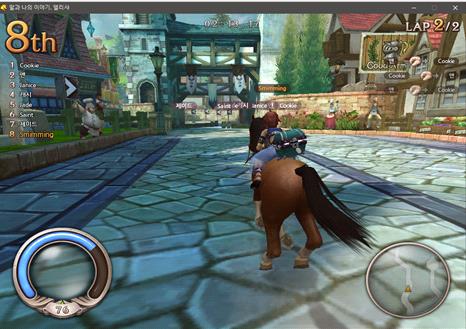 Unfortunately, the initial awe I had for the game disappeared fairly quickly, once I realized that racing is just about the ONLY thing you do in AO. Admittedly, the game updates regularly to introduce new features, such as the breeding system and daily quests, but these both revolve around improving your horses to win races, or just winning races. By winning races you can level up your horse to increase its stats, but more importantly, you get carrots which you can buy stuff with, such as equipment for your horse, new horses, and this lovely pink bunny outfit:

(And no, the bunny ears don’t make you go faster.)

However, because the game is just racing, it gets old really fast, and there are some design flaws, such as the online character creation system that doesn’t let you see the changes you’ve made to your character until you restart the game. Additionally the servers can be finicky and overloaded, causing some serious lag and unexpected disconnections. 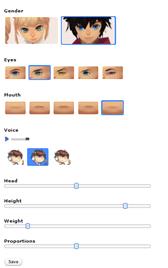 All in all, Alicia Online is a fun game, if you’re in the mood for some mindless horse racing. The graphics and controls are surprisingly good, the stage design is awesome and complex, it’s got fun loading screen minigames, and the ranch/non-racing areas even change in accordance with the four seasons (just watch out for winter—Christmas songs will play non-stop at your ranch, causing you to mute your game, ignore the soundtrack, and then forcing you to BS the music section on your game review). Also, the music is pretty good.

Lately a lot of you have been asking me about how the rating system used in our reviews section works; this seems like as good a time and place as any for an explanation.