I’m a huge Fire Emblem fan. I have been since I first played Fire Emblem: Awakening in the early days of the 3DS (which I know doesn’t make me an OG fan, trust me, I know the debate). So when I heard about Fire Emblem: Warriors for the Switch, I knew I had to get it. It combines some of my favorite things: Fire Emblem characters (*cough* the husbandos *cough*), an element of strategy, and mercilessly beating up huge groups of enemies. 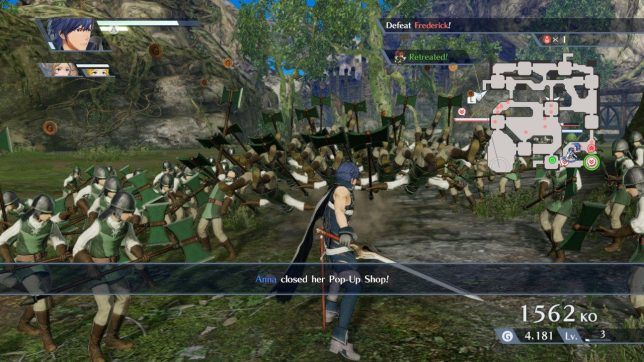 I mean, come on. It’s so satisfying to just beat these guys all up with one swing of a sword.

One of the things I love about the Fire Emblem series is the amazing story the games have to offer. So although I knew Warriors would be a different type of game, I still had some level of expectation going in that it would take me on an adventure. And it did. I wasn’t disappointed in that regard. Well…maybe that isn’t entirely true. I’m gonna break it down for ya, but there will be spoilers beyond this point, so read at your own risk. Here we go.

Lights up on twin brother and sister Rowan and Lianna who are complaining about being royalty because no one wants to sit on a throne having power all day. Cue their prince friend Darios arriving to practice sparring with the twins, and everyone has a grand old time until mysterious portals open in the sky and monsters take the twins’ mother hostage. She gives the twins the Shield of Flames with instructions to restore its power by finding heroes from other worlds. How do we do that? Well, they just kinda…showed up in our world. Great!

As you progress, you recruit heroes from Awakening (Chrom, Lucina, Frederick, Lissa, and Cordelia), Fates (literally all of the siblings), and Shadow Dragon(?) (Marth, Caeda, and Tiki). You also learn cool lessons like don’t run away from responsibility, there is no way to recruit Niles no matter how much you want to, and you’ve been pronouncing “Falchion” wrong the entire time. 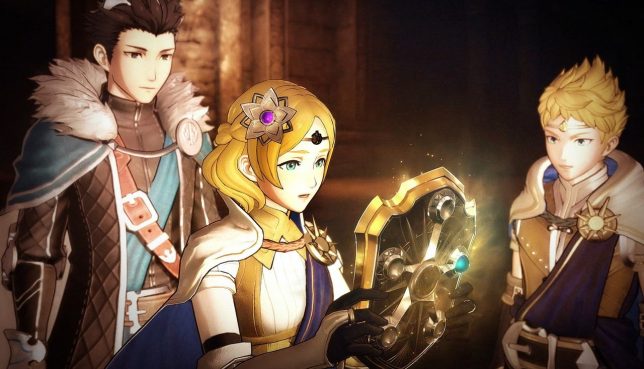 The Shield of Flames never operates as a shield and is only on fire for about 0.5 seconds, so someone along the line did not name this thing correctly. (Note: Since writing this, I found out that the Shield of Flames is a costume for the twins, but I didn’t find it until after the main game.)

Once you get all the Gleamstones (yes, you read me correctly) from the heroes, it’s time to go…do something! I’d honestly forgotten what by this point. But Darios was kidnapped and we needed to save him, also his kingdom is evil, but he isn’t because he’s helping us! …OR ISN’T HE?! 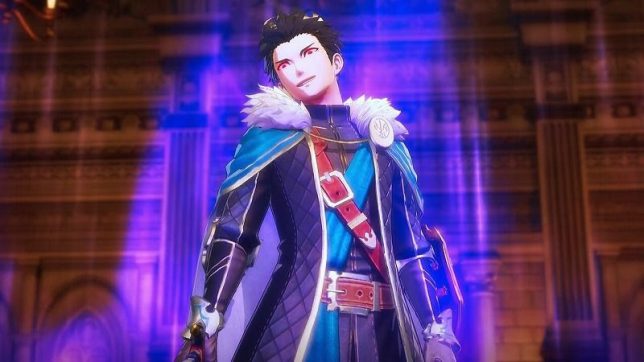 It’s always the hot ones.

Plot twist! Darios is totally evil. He straight up kills his own dad to summon the evil Chaos Dragon to give him infinite power or something, as villains often do. But here’s where I started running into problems with the game. Power was literally Darios’s only motivation for turning evil. He was a standup guy up until this point. He’s evil for about two chapters, then sacrifices himself to save the twins and dies. And that’s his arc.

Anyways, as you can guess, of course, the heroes defeat the Chaos Dragon, save the day, and everyone who isn’t Lianna and Rowan head back to their own worlds by…disappearing into sparkles. That’s safe. Lianna and Rowan head back home to their ruined castle and get crowned together, even though their mother is totally alive and it wasn’t time for them to take the throne. Symbolic coronation, I guess. So that was nice and all. But let’s take a step back. I want to talk about Darios.

I just…didn’t feel right about the villain reveal. I’m used to my Fire Emblem games having super dramatic villains or multilayered villains, and this just wasn’t that. Darios was suddenly evil, was our opponent for a few chapters, and then died. He had no motivation and no buildup—it just kind of happened. I even tried different things, like trying to spare him in the chapters where he is the commander (which is difficult when your party members have AI telling them to attack him, let me tell you) or fighting him with different people to try to trigger some dialogue (which has happened in other installments), but nothing. He’s lost to you. And I was just a bit let down by that. Fire Emblem usually does a better job with its characters and villains than this, and I know Warriors is different from the main series, but I was hoping those core elements of the series would carry over.

Don’t get me wrong, I love this game. It’s addictive in its map design and strategy component, the cutscenes are gorgeous, and the side modes will keep you engaged for hours. I’m still working on them. I just feel like the main story left a bit to be desired, and while that’s something I normally can’t look past, the rest of the good features in this game persuade me to keep going.

And if you think this whole story sounds like a fanfiction, I have two points for you. First of all…it is. It’s mine. My friend suzumicchi and I have been developing very detailed twin AUs (alternate universes) for Fire Emblem since Fates, and we are very offended that someone stole our ideas. So, what are we doing in retaliation? Making a Warriors AU. It’s a work in progress.

Second, if you think this is bad, don’t even get me started on Hyrule Warriors. I never played it, so take what I’m saying with a grain of salt, but I’m pretty sure the villain of that game was entirely motivated by a crush on Link. And I mean, she isn’t wrong—Link is pretty hot—but…I’ll leave the dissection of that villain’s motivation up to you.

Now if you’ll excuse me, I’m going to back to continue to build Chrom and Ryoma’s support. The husbandos need to get along, and I really just need to hear Matthew Mercer having a meaningful dialogue with Matthew Mercer. 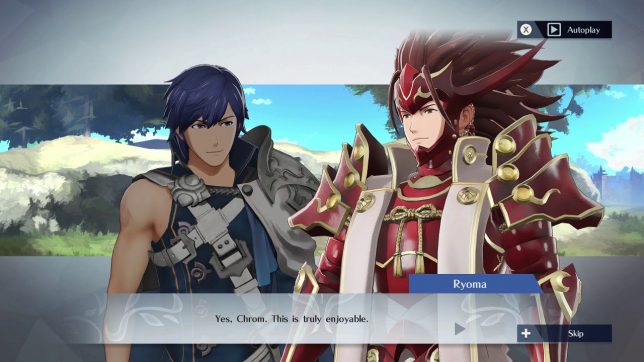 Confession time: I have never played Kingdom Hearts. I know, I know. Everyone tells me that it's a must-buy, because it's the best series ever. And even though I'm a huge Disney nerd, I've never gott