It’s a new year full of new possibilities—time to leave the ups and downs of 2017 behind us. All the scandal, all the disappointment, all of that is gone as we enter into an era of hopes and dreams. What do we have to look forward to as the year opens up? What videogames shall take our minds off of the daily grind? It honestly looks like 2018 will be a better year than ever for videogames, as new technology comes into the mainstream, as we learn from past mistakes, and as efforts are being made to change industry trends on a legal level. Let’s look at the less mainstream videogames that 2018 is going to bring us!

It may not set new ground, but indie games such as Super Lesbian Animal RPG are incredibly important.

First on this list is a game near and dear to my heart. Super Lesbian Animal RPG is a videogame made by Bobby Schrader, a transgender artist who has recently turned videogame design and creation into her full time job. It’s made in RPG Maker with wholly original sound, music, and art assets. The story revolves around a fox named Melody who decides to become a healer so she can go on adventures with her girlfriend Allison. Super Lesbian Animal RPG is full of LGBT representation, is a small-scale indie game, and like so many indie games before us shows what can be done without a mainstream publisher deciding what content does or doesn’t go into a game.

Failbetter Games is back with a continuation of the world established in Sunless Sea and Fallen London.

Sunless Skies is the next game of 2018 to look forward to! Set to release in May, it is the sequel to Sunless Seas and a companion game to Fallen London. Combining Victorian weirdness, Lovecraftian horror, and a little planetary romance, Sunless Skies continues in the style of its predecessors. Having little experience with this one, I looked up the thoughts of someone that’s tried the Early Access. Fraser Brown of Rock, Paper, Shotgun wrote, “It’s a game about making and experiencing your own story through evocative vignettes and quests, rather than following a prescribed narrative.”, which is true to form with Failbetter Games and the content they produce. Another thing to note is that they happen to have the most inclusive games regarding LGBT people, and Fallen London is famous for its approach to nonbinary gender. Failbetter Games keeps producing content of an increasing quality, and I think this is one to to watch in the near future!

The ultimate in the roguelike experience, coming soon.

Caves of Qud is a roguelike that has entranced me in its Early Access state, and honestly is probably the most exciting release within its genre for 2018. Almost every inch of the world is procedurally generated. From food recipes, to faction relations, to medicine, and even readable books, Caves of Qud is never the same game twice. The character options allow for an unheard of variety among what players may pick, from strange mutants to the last unmutated humans now venturing out of their domes. David Schirdaun of the Technical Grimoire said, “With this many interactions and options every game feels unique.” Make no mistake, this is no small claim; the game isn’t even finished yet, but each play through is wholly unique. Even better, Caves of Qud is slated to launch across PC, Mac, Linux, iOS, and Android. Caves of Qud seems to be the ultimate roguelike experience, and after years of development it will finally be completed in 2018.

Josef Fares draws off of dramatic prison escape movies and a unique premise in A Way Out.

A Way Out blindsided me when it was announced at E3, hitting all the right notes to pique my curiosity. It gives off O Brother, Where Art Thou?, The Shawshank Redemption, and even Kane and Lynch vibes. It’s played entirely in split-screen cooperative multiplayer, and it is of a novel yet innovative concept. Trevor Dueck of Sports Betting Dime had written, “Josef Fares’s split-screen, co-op action-adventure game A Way Out has a decent chance to be the top indie performer this year. It has several factors working in its favor: a fairly early release-date (March 23); widespread availability across platforms (Windows, PlayStation 4 and Xbox One); and, last but not least, what looks to be high-quality game-play.” Those are certainly powerful points, and I definitely believe A Way Out is going to catch the eyes of the videogame community. It features a powerful premise, familiar themes, and an execution to gameplay that is wholly unique. 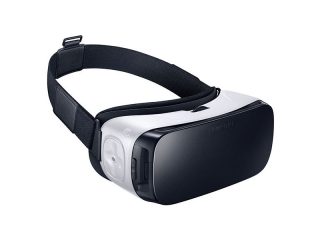 The future is now.

Technology is on the rise, new ideas are getting out there, games that were impossible ten years ago are getting a shot today. These are the games I think you should watch out for, each one an experience that we couldn’t have without the videogame climate of today. Each game makes a statement, draws from iconic sources, and always creates a new experience. It’s important to go into the year with hope, whether it’s hope from having seen something promising develop or coming across something new and surprising. These and many other releases of 2018 bring us into the year on a hopeful start.

With no insult intended to Edgar Allan Poe, his estate, or the literary world at large.