One of our writers, Dan Conlin, likes to come up with his own little backstories for his characters in the games he plays. He recently completed another playthrough of Mass Effect: Andromeda and decided to write down this extragalactic tale as he envisioned it. Now, here’s part two of the story for your reading pleasure. Back for more, eh?

What follows are more of the personal journals of Skip Ryder, Human Pathfinder of the Andromeda Initiative, graciously donated by his friends, who also included several corrupted recordings with troubling labels like “Ryder, festive pants,” “Ryder, yelling at self,” and “Ryder, sans festive pants.”

There is so. Much. Sand.

At what point does sand become dirt?

I should probably focus. We landed on Eos, a really beige planet. Apparently the Initiative tried twice to establish outposts here, but failed each time. Personally, I’d assume the constant radiation and alien attacks (we call them “kett,” by the way) were at fault, but I’ve been wrong before. Since they’re sending me, clearly the common denominator was “some dude with an impressive title and night terrors hadn’t gotten there yet.”

We found one of the abandoned settlements. It was built up and then fell into a sinkhole all before I had even come out of stasis. 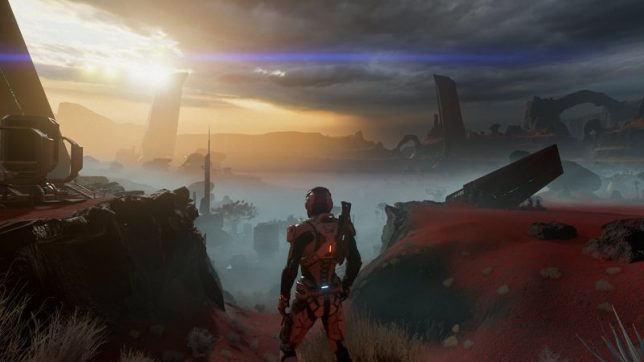 Forgot to mention. I got a car. Makes it easier to get around this dusty world. Six wheels and shiny. I’m sure some really boring people would have more to say about it. Here’s my analysis: and I quote, “wheeeeeee.”

Also met this asari scientist, calling herself Peebee. Don’t ask, cause I sure as hell didn’t. She was apparently just jaunting around this abandoned planet looking for alien tech, as one does. 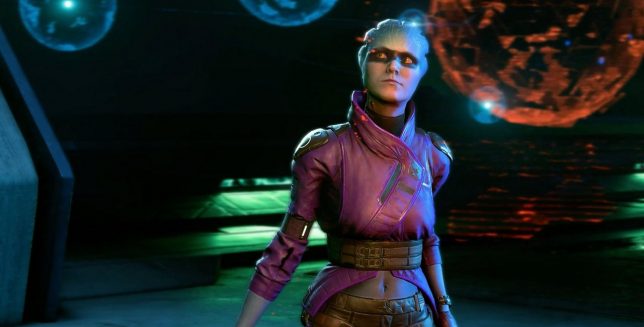 With her help (or maybe more accurately, despite my help), we found some ancient underground ruins like the ones on Habitat 7. Still there, actually. I’m writing this entry while catching my breath in a secluded corner. Though a dirty look from Vetra tells me we should probably get moving.

Is it a dirty look? I can’t read turian facial expressions. Granted, my experience with literally anyone suggests it’s usually going to be a dirty look.

Right, I see you, Vetra. I’m up. By the way, I’m sure you’ll probably read this. Seems like your type of deal. Was that a dirty look? (Note from Vetra: “It wasn’t, but there’s definitely one there now.”)

By the way, I fell face down several times with my helmet off. It’s definitely sand. 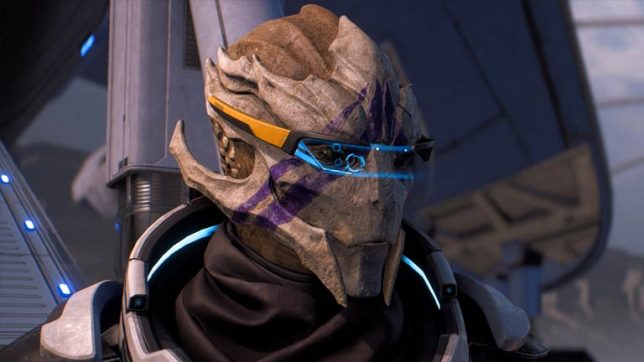 So turns out those ancient ruins all just control weather, because sure. Not only that, but I can control them. Or “interface” or whatever you call it. Guess Dad transferred more than just a title to me. Somehow SAM, the AI he designed, now allows me to do whatever he did with that stuff on Habitat 7.

Anyway, we turned that big ol’ air conditioner on and it started wiping out the radiation almost immediately. It did enough that we could finally start a viable colony on Eos. According to Liam, “They tried and failed twice, but turns out all they needed was someone to turn it off and back on again.”

So yeah, I’m currently writing this while sitting on an uncomfortable chair in a makeshift lounge, sipping some kind of tea Cora says she grew herself, overlooking a vast sea of sand and…I think those are—yep, those are kett coming to kill our dudes and steal our junk. Be right back.

This month, I present to you Wakataka Oozumou: Yume no Kyoudai Taiketsu for the Super Famicom. Yes, it's Japanese, and thank fucking goodness it stayed over there.