The “retro” aesthetic has been a thing since at least the early 2000s, but in recent years, we’ve seen a growth in dedication to a more authentic experience. There’s more to a Game Boy game than just four colors of green, and communities have popped up around developing games under the specific limitations of all the classic systems.

And now we’re starting to see the fruits of all those labors! A recent example is the launch of a Kickstarter campaign for a game I’ve been following for a long time—Orange Island.

They blew past their base goal on the first day, and as of writing this post, they’re about to hit their stretch goal of getting Hiroki Kikuta (of Secret of Mana fame) to compose two additional songs for the game.

Wait, really? The composer from THE Secret of Mana? You can just do that?!

As I get older, it only becomes more apparent what a huge part of my childhood the NES was, and there’s a part of me that feels a sense of loss for having already played all the classic NES games. There’s something special about starting up a new game for the first time, and with a library that’s been static for almost 30 years, there are fewer hidden gems the more you dig.

Thanks to the hard work of people dedicated to the authentic experience, I’ll have a chance to live that dream again! I’m super excited that Orange Island is well on its way to being completed. And, hey—if you support the Kickstarter now, their next stretch goal is a real, physical NES release!

Even if you don’t have the cash to support the campaign yourself, there are plenty of free ways to help out. Maybe your friends would be interested, so you can share the news on your social media platform of choice. Hey, they even have a Discord server like we do! You’re on the GameCola Discord, aren’t you? 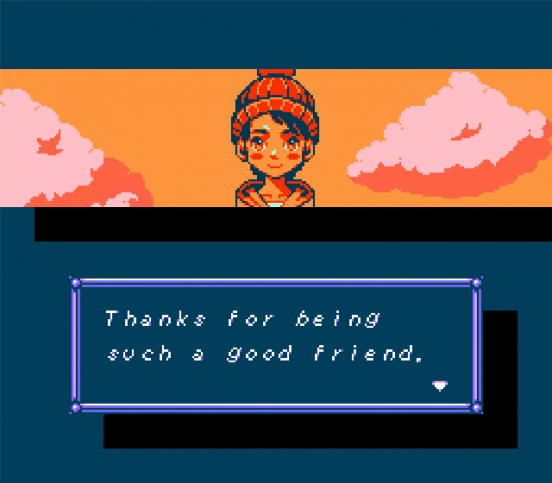 Che Guevara must ride a mine cart while rescuing Cubans with a lasso.