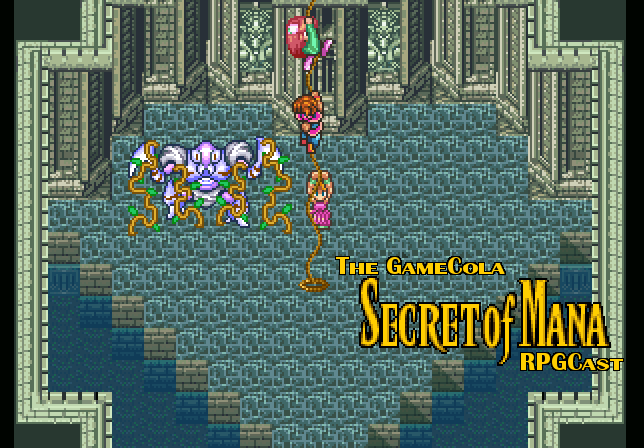 After hanging around in the Northtown ruins for seven months, the party is finally heading back to the Resistance base to report their battle with Thanatos. There’s no time for that, though, because the Emperor has called a truce and invites the Resistance leaders—including the players—to a banquet at the imperial palace!

Join Alex “The DM” Jedraszczak as he guides James “Valor” Pelster, Anna “Harper” Bryniarski, and Joseph “Sprite” Martin through this D&D campaign inspired by the SNES classic Secret of Mana.

You’ll find these things and so much more in this episode of the #GCRPGCast! Make sure to use that hashtag to tell everyone that the RPGCast is BACK, and that they can find us on Facebook and Twitter—and have you SEEN the video versions of these episodes over on our YouTube channel?

So give the episode a listen by clicking the play button below. Or check us out in your favorite podcasting platform! We’re on Spotify, Google Podcasts, iTunes, and probably wherever you get your podcasts.