I know people expect me to have some kind of grand insights about Midnight in Salem, but my initial response was “it’s OK” and “I hope it sells well enough that they can continue the series”. That’s still my basic impression. It’s OK, but it’s not great.

I’ll start with the good stuff. I like the story, which is long and has several interesting plot twists. I would argue it’s one of the most complex storylines we’ve seen from the series.

The music is good. I particularly like the puzzle theme.

I like the characters. There are ten characters, which is a lot. The previous game only had five characters. The characters are consistently interesting. The voice acting is fantastic. Going into the game, a lot of people we worried because Nancy Drew has a new voice actress. Those worries were completely unfounded. She does a great job, and I have no problems with her at all.

I love the scenery and backgrounds. They all look great. For the first time, there are background characters, walking around. You can listen to some of them talk. That was amazing, a good step forward for the series.

Now for the not so good stuff. 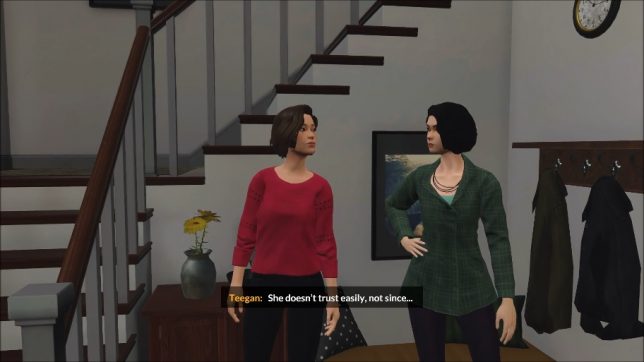 Technical difficulties. The game has crashed on me about five times, which is frustrating. Other people had a hard time getting the game to run, to the point where Her Interactive made multiple videos on the best settings to use to avoid crashing. Luckily, the game has an autosave feature, so players don’t lose their progress when the game crashes, but it’d obviously be nicer if the game ran perfectly without the need for any workarounds.

There are very few puzzles in the game. After the tutorial segment, you have a puzzle opening the Judge’s door. The next puzzle is making johnny cakes on the second day of the game. That is one puzzle, on the first day and night of the game.

Compare this to other games in the series that are three days long. How many puzzles were in the first day of Secret of Shadow Ranch or Warnings at Waverly Academy or Ghost of Thornton Hall?

Answer: More than one. A LOT more. It makes me wonder if this game was going to have way more puzzles, but they got removed because the developers weren’t able to finish them in time. There are definitely places where the game feels rushed or unfinished. I’ll point those out as I go along.

The most obvious room for improvement is the character designs. I think only Jason, Lauren, Mei and the Hardy Boys look good. The others range from “acceptable” to “bad”. The common consensus of the Internet is that they look like characters from Sims 2. It might be an improvement to swap them with some of the better-designed background characters. 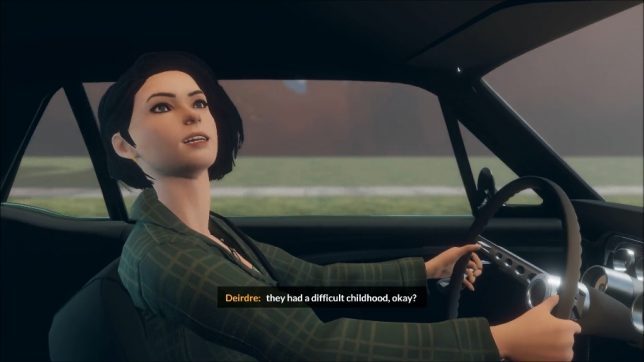 Most of the characters stand at a distance, behind a desk. That somewhat hides the problem, but not enough.

The characters share animations. I noticed that everyone seems to do the strange-looking animation of waving an arm in front of the face, then flapping both arms. The animation I dislike the most is the idle animation. The characters can’t stand still. They constantly sway left and right, like they’re about to fall over. Joe’s idle animation is the worst; he looks like he needs to go to the bathroom, badly.

Finally, the game went through development hell. There was a four-and-a-half year gap between this and the previous game. This was hard to stomach, because Her Interactive made two games a year for over a decade. Fans did not like waiting nine times as long as normal for a new game.

The wait was made worse by multiple delays. Just in the last year, the release date was changed from spring, to November, to December. I can’t blame the people who thought the game would never come out.

I’m fairly certain the game would have had a much more positive reception if there hadn’t been years of drama before its release. You know, in an alternate reality where this was Game 26, or there was only a one-year delay that was announced in advance. 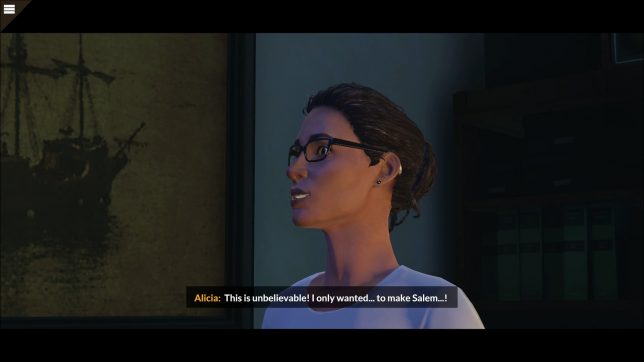 The pacing of this game is fairly different from the others, because it’s dialogue-heavy. A lot of the dialogue the characters go through would have been optional conversations in previous games. Some people didn’t like that, but I was fine with it. I normally talk to all the characters about everything, so it wasn’t all that different for me. And besides, the dialogue is way, way better than the confusing mess we got in The Shattered Medallion.

Still, I can understand why some players would get frustrated by the dialogue and complain that the characters NEVER STOP TALKING. For me, it was the recap sections where I got annoyed by the dialogue. I couldn’t wait for them to stop so I could get back to the game. I skip through all that, every time I replay.

Those are my general thoughts on the game. For those of you who want more, here is my full, two-hour review that talks about every aspect of the game: