The Sun is gone, nobody knows where it went. The Fash are emboldened, and those of marginalized identity live in fear. Four world-weary adults meet in a church, and end up wanted by the law. A mob comes seeking an extrajudicial, hate-motivated execution of a black gay man, and these four adults are only guilty of defending themselves against this violence and injustice. They leave their town of Sundown, bound for Hopeville, seeking other people that call themselves… 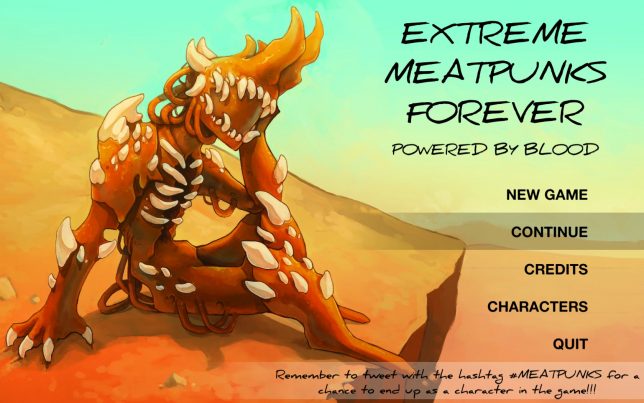 It’s been a while since I cried!

EXTREME MEATPUNKS FOREVER is a mecha brawler and visual novel made in Unity by Heather Flowers and released on itch.io. It follows the story of four multiply marginalized individuals as they run from fascists and the police in an attempt to reach other self-titled Meatpunks in the nearby town of Hopeville. They do this in body horror mecha that puts the EVA units to shame, and with more grit than Gundam could ever muster. The game mostly unfolds in a visual novel format, with some real-time keyboard and mouse combat, and takes about three hours to finish. Artwork is a combination of hand-drawn monochromatic characters, ASCII-looking backgrounds, simple battlefields, and geometric mecha. The soundtrack gives off the vibes of a subtle metal Western, reminding me of Ennio Morricone, Metallica, and Steam Powered Giraffe. All of these parts add up to a game that whets a desire for horrifying mecha, anti-fascist action, and representation of the marginalized.

Most of the game is a visual novel with the mechanics one expects. You pick conversation options and story paths to discover more about the characters you play, and each chapter features multiple points where choices force you to pick which characters to focus on. After the story segments, sometimes before, there’s the mech combat scenes. It’s a WASD movement scheme with mouse clicks for attacks, left being your regular attack and right a unique ability for each character. Each character’s mech plays differently, and each one is better suited for certain scenarios. Combat isn’t won by mindlessly bashing enemy mechs—you gotta knock them off the map to win, but as you take damage your mechs accumulate status conditions and require downtime to recover. Character cycling is how you advance between each segment of mecha combat to new story segments. 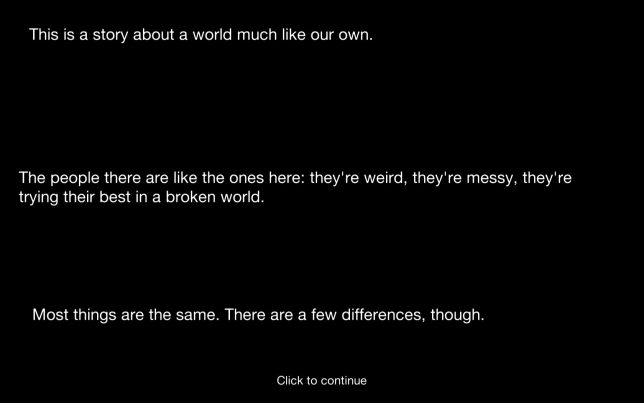 A story in a familiar yet alien world

We’re introduced to a familiar yet alien world with a resurgence of neofascism, marginalized people on the run, a sun that’s gone missing, and mecha powered by blood and bile. We focus on four people, a gay black man named Sam (he/him) and pilot of ROOTS AMONG ASH, a depressed nonbinary person Cass (they/them) and pilot of ALL OR NOTHING, a disabled queer Jewish woman Lianna and pilot of CRASH QUEEN, and a bisexual transman mechanic named Brad who pilots ULTRA BRAD. EXTREME MEATPUNKS FOREVER‘s story is rooted in body horror, existential crisis, marginalization, and fighting back. It’s no surprise that a game I review is grim and depressing, and this story follows that. There’s discussions of racism, suicide, and it ends inviting a sequel. It’s also well written, and funny with a sense of humor and expression that is so nonbinary, so trans, and so queer. Also, it’s like Tumblr memes from when Tumblr was good, so.

Scenes like this are highlighted by the excellent music

Music by Josie Brechman gives the game a metal Western feeling. Sometimes the composition feels like a quaint guitar riff that gives off a homey hellzone feeling, and sometimes there’s the metallic twang that sounds like “Ecstasy of Gold” if Sergio Leone put more body horror in The Good, the Bad, and the Ugly. I get feelings of Steam Powered Giraffe in instrument and tempo choices. Brechman’s music gives emotional weight to esoteric scenes, and sets a fantastic mood in an anti fascist Western wasteland.

Representation matters—holy hell does it matter—and many of you may have this game from the itch.io Racial Justice and Equality Bundle. That’s a statement in and of itself, honestly, but let’s count the ways. The whole cast is queer, half the cast are people of color, most of the cast are trans, and a good portion of the cast are disabled in some way. Of the trans people, there’s at least one nonbinary trans person, and one trans man. There’s discussion of infantilization, racism, and what it’s like to be marginalized in a small town.

This scene made me think of “This Year” and “Ocean Avenue”

What’s wrong with the game, though? It’s very rough around the edges, though in a way that’s expected. Battle isn’t very engaging, and doesn’t really give the feel of body horror mecha that are fighting each other. Art is very minimalist in many ways: monochrome character portraits, plain battlefields, ASCII backgrounds. The game is short, though I suppose the price justifies that. It leaves you on one hell of an emotional cliffhanger. 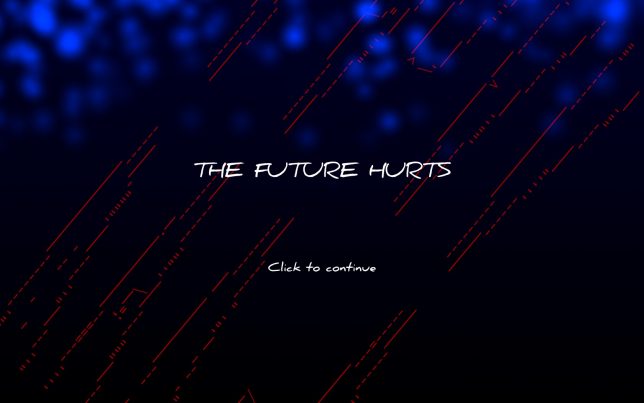 And oh, does it ever

Is it worth playing, is it worth paying for? Definitely, on both accounts. If you’re looking for LGBT representation in a videogame this is a place where being LGBT is central to the story. If you want weird mecha narratives, then this is also for you! Whatever rough edges there are? You’re not going to deal with them for very long, it’s worth your time, and worth your tears, to go through this game. Play it, buy it, and give Heather Flowers a thank you.

Oh, and the sequel’s already out. 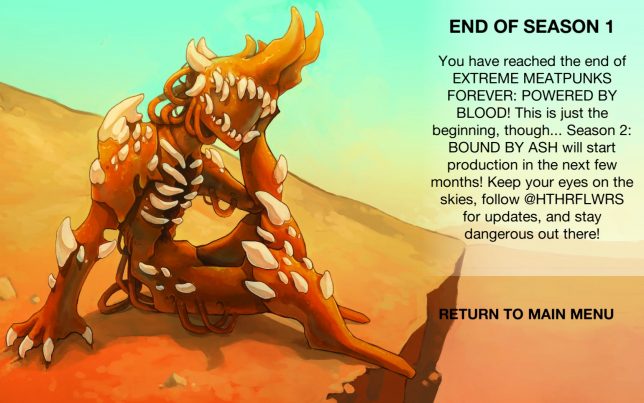 The future is already here.

Great Scott! New revelations from the Phoenix Wright game that takes place in 1912!