GameCola fans and writers describe their favorite (and sometimes least favorite) games of all time.

10) Tetris(nes)- who couldn’t love this timeless wonder. It takes some luck and alot of skill to master this game. The highest i’ve ever gotten was today at level 15. I wish there was an end to that game, i serioulsy wish.

9) Final Fantasy X(ps2)- This is the coolest game ever, the sphere grid is simply amazing. It just doesn’t have what it takes to be better than VII though.

8 ) Final Fantasy Tactics(ps)- ok it was and still is the final fantasy that was just flat out awsome because you can switch job classes, plenty of extras to find out, cool battle set up, and it was only one disc but still took decent amount of time to beat. 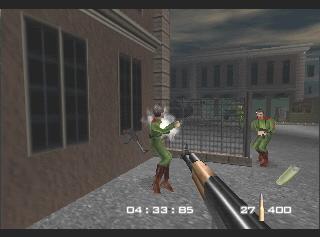 7) MegaMan 3(nes)- who can forget this timeless masterpeice. It introduced the slide, had one of the coolest boss’s ever(snakeman) and it was the first MegaMan that had Rush, MegaMan’s trusty pet/items.

6) Goldeneye 007(n64)- If there was one revolutionary game, this would be it. i think it was nintendo’s higest paying game, just think about it. anyone with an n64 has it, if not they should be stoned to death.

5)Ninja Gaiden(nes)- oh boy do i even have to explain? 1) you are a ninja 2) cool opening scene 3) you just totally flip out and kill alot of people

4) Final Fanta sy VII(ps)- this was just great, i swear i love this game with all my body. Materia….thats alli have to say, it was magnificent.

3) Legend of Zelda(nes)- wow, this is a masterpeice, seriously i heart this game. if i could marry it i would. it was soo much fun playing it as a kid and still is to this day.

2) Super Mario Bros. 3(nes)- This was just the best Mario ever, think about it. It was sooooo much better than 2, and you get to fly, toad has a little shack, and the levels were just awsome.

1) MegaMan 2(nes)- This is my favorite game ever because it allowed the rest of the megaman’s to be great. If it wasn’t for this the others would might still be based by points like the original MegaMan. It had some of the best music for the levels, who can forget Crash Man’s level theme? or Bubble Man’s? its hard. It also was the only MegaMan that had the boss’s names as two words. Well this timeless wonder is just specatular i suggest you all go play it right now.

I'm reading the Legend of Zelda: Ocarina of Time manga for an upcoming edition of "Oh, the Humanity!". I complained about this the last time I read a manga, but it bears repeating—mangas are near