Your e-zine is fine, BUT, when are you going to review a real game, like Madden 2003?  Where are all the sports games reviews?  Expand your outlook!  Try something new!

I was reading the latest issue of GameCola and noticed in the Carbonated News that you say Pirates! was the only good pirate game made.

Now while I agree that Pirates! is an awesome game and all, I would like to let you know that there’s a game out there called Sea Legends (find it at Home of the Underdogs), which is much better.

Not only do you have a storyline that you can follow, but you can raise the Skull and Crossbones whenever you want and go rampaging around taking ships, destroying towns, and other enjoyable pirate-like activities.  And all your ship-to-ship battles are in wonderful VGA-pseudo-3D glory.

Anyway, before this turns into a game review, I just thought I’d let you know about this little gem.  Oh yeah, there’s also a game by Bethesda Softworks called Sea Dogs, which is supposed to be really good.  I own it, but my computer is being stubborn about playing it.

Keep up the good work (neat forums by the way).

did you ever think of having a midi contest?  i mean you have haiku’s and other stuff, why not see if people can pull out some outrageous tunes with midi.  have people in the magazine vote for what one they like and then play that tune when you read the magazine next issue.  Just a suggestion.  i was bored and hummed the Mega Man tune in my head in midi format and got the idea, good thing was, it was during the Calc midterm and i got a B.  Another reason why Mega Man rocks!

Although I was born in ’86
The cycle didn’t start until ’89
When the handheld juggernaut hit the scene
It was a boy!
A Game Boy that is
For some reason that mean green screened
Sum ma ma bitch
Was created with a gender in mind
I guess the mysterious
Ambiguous nature of the technology doesn’t matter
Given the fact that it hooked more kids than the tobacco industry
Causing more children to become one with no discrimination
By every Tetris line
Every Mario mushroom
And every swing of the sword

Then in ’93 came my Genesis
I soon found out how
“Sega does what Nintendon’t.”
“My own personal arcade” I thought
And indeed it was.
The irises in my skull were married to the Sega symbol that awakened on the TV
Once I pushed my baby’s button.
I stayed committed during every gaming session
And spent quality time with my step children:
Sonic
Vectorman
And the twins
Ken and Ryu

Fast forward to 2004
I’ve become a gaming Mormon
In love with 17 significant others
With enough room in my heart for more.
Each one is equal to your “fine wine”
Getting better with the passing of time.
But instead of requiring a new liver
It’s the optics that need replacement
And it all started with the irresistible
Heroine-like first love in ’89
You can say I’ve become a “Player” of sorts 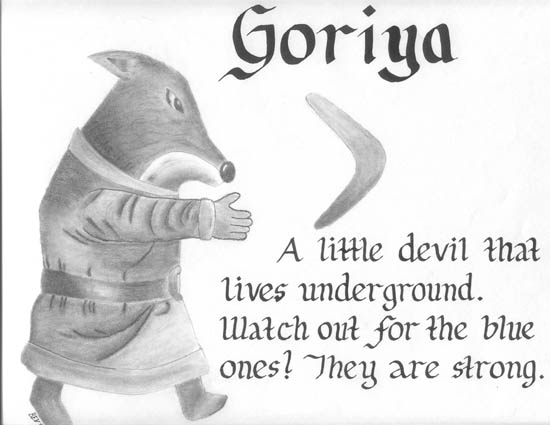 Jumping into holes and fighting giant robots—all in a day's work for the Mana gang.