It’s time for another installment of my increasingly unpopular series that details the plot of the new Professor Layton game. Hooray!

When we last left off, Professor Layton and his friends were captured by the bad guy of the game, who I like to call “Creepy Scientist.” Creepy Scientist has impersonated Layton, kidnapped the Prime Minister, and taken over London. This is all part of his plan to build a time machine so he can go back in time and steal Professor Layton’s now-dead girlfriend.

Well, things get even weirder! Because we then have Weird Plot Twist #9, when a second Professor Layton steps into the room and frees our heroes. Two Laytons? Oh, my!

But instead of capturing Creepy Scientist like you’d expect them to, our heroes let him run away with the Prime Minister. Way to go, Professor Laytons! Professors Layton? In any case, the two Laytons leave along with everyone else, so they can explain the crazy plot twist that just occurred. The explanation was most likely made up on the spot, and it goes like this: the second Professor Layton is Don Paolo, the Master of Disguise from the first two games! It turns out that, back in the day, he was Professor Layton’s buddy, Paul.  He was also in love with Professor Layton’s girlfriend, which is why he’s helping our heroes.

[It’s pretty obvious that Celeste is really Claire. You’d think that Professor Layton and his friends would be able to figure this out on their own, because they’re all super-geniuses, but apparently, they’re not smart super-geniuses.] 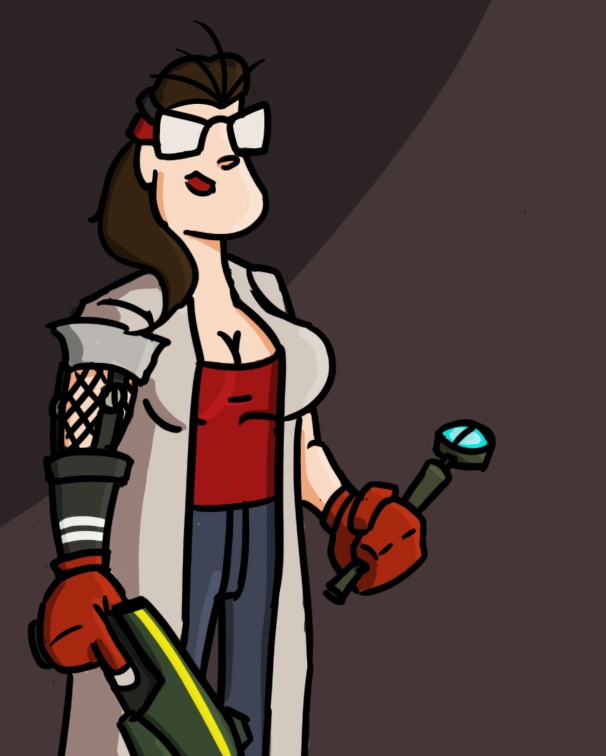 Here’s Claire/Celeste, Layton’s love interest, come to save the day with her
pneumatic punch phists and Time-Wand™. Picture by Colin Greenhalgh.

Let me see…what else is happening in the game so far?

In my next (and final) installment of this series, our heroes go to the River Thames, where they have another dramatic confrontation with the game’s villain. Professor Layton explains how they’re not really in the future, the Prime Minister wakes up after his ten hour nap, London is attacked by a giant robot, Professor Layton tries really hard to show emotion, and the game ends. It’s an exciting ending to the third Professor Layton game!