Well, thank you for coming to this neck of the Internet woods! Today, you are about to witness history. History, because I will be using my UBER SECRET hidden powers. For, you see, I am a videogame psychic. I can see and play games that haven’t even been released yet! To spare your minds from being totally blown, I will refrain from reviewing any games that have yet to be announced. But, to be on the safe side, be sure to buckle your seat belts before reading this AMAZING edition of the PSYCHIC Thumbs. Because you are going on one HELL of a RIDE! BWAHAHAHAHA.

Are you one of the millions upon millions of people who absolutely LOVED the Atari? Well then! You might get some satisfaction out of this one! Now, I know most people would be like, “Games from the future? OMG SWEET GRPHIX!” Thankfully, Blast Works does not believe in such silly notions. Graphics are for schmos. I know it, you know it, and Blast Works knows it. So with some snazztastic old-school graphics in place, what other wonders does this game behold!

Well, here is the good news! You get to shoot stuff! OH YEAH! I said SHOOT stuff. Lots of stuff. ALL THE STUFF. ANY STUFF! STUFF! Yee-haw. However, that is not all! Not only do you get to shoot Atari-esque polygons, you also get to build your own! A truly amazing feet. OK, not so much. Sadly, even my psychic powers could not make this game more fun. Perhaps if it had come out a few years ago, instead of a few years from now, it would have been better! SUCH IS LIFE. 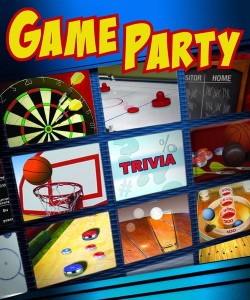 So if you have the balls, man up! Play some VIDEO DARTS! And the best part is that you don’t even have to get and walk or even stand as you play! OH HELLS YEAH! For a videogame pro like myself, these games were quite easy. Child’s play, even!  But, for normal people such as yourselves, I’m sure that you will find a degree of difficulty that just keeps bringing you back for more and more of these instant classics.

When you want to bank off the huge success of your latest Star Wars game, you are going to look for another franchise with an immense world filled with tons of characters, right?! Well, look no further than the world of comics books, right?! What’s that? Not the entire world? Just DC? Oh, well, that works too! Oh, you meant just one DC comic? That’s cool; they’ve got some pretty cool super hero conglomerates, right?! Oooh, it’s just Batman, eh? Huzzah?

Despite the lack of a huge world, this game is still fun because…well, because you’re playing with LEGOs, and that is always fun! For mem the best part was the brooding level where you sit in a dark room as Bruce Wayne and battle the various demons in your head! THE FUN NEVER STOPS! It plays…well.. it plays like…LEGO Star Wars! Tons of levels throughout that famous world of Gotham—you know, that big city in the east.  So maybe it doesn’t have the greatness that is Star Wars LEGOfied, but it’s still LEGOs! And it still was fun.

Well, we all know that the first game of this series was a first-ballot hall-of-famer. No matter how many times the cred-less editor of some low-traffic videogame webazine may tell you otherwise.  So this game has some LOFTY standards to meet up to! However, Blizzard is at the helm, so undoubtedly, in the end, when it finally was released in the year 2012, it was in fact…the greatest RTS ever.

I mean, wow, that’s a bold statement, and yet it is the utter truth. It is not like I am just talking out of my backside here! I have actually played this game with my psychic powers—yes this game that you, the normal individual, has no hope of playing in the foreseeable future! BUT, it is THAT good! Oh, the flexibility it has! The amazing new units, commands, and intense new building schematics. It truly engulfs you and your entire life.  Your family will have to be on the look-out, because, at any moment, a squad of zerglings may bust into your kitchen!! IT’S THAT REAL! So do yourself a favor and just get in line. Now.

Well, the Bioware boys are back at it! Another RPG! And this time…with SONIC, no less! Wow. This one just deserves thumbs up just for that. In fact, if I was just making things up I would throw up the Thumbs right now and send this edition home. Unfortunately, I can’t do that. I have played this game. To say it would be a disappointment would be an understatement. Yes. It was that bad.

Now, see, the problem was that Bioware is known for its epic, grandiose RPGs with stories than span entire worlds and cultures! Well…Sonic doesn’t really have that. Bioware tried to work some things in to spice the game up a little, but.. it just didn’t work. The level where you save Drizzt in the midst of a huge orc battle seemed a bit out of place.  Capturing the Millennium Flacon and using it to stop Dr. Robotnik’s  Undeath Star also seemed a bit out of place.

The gameplay was, well… just average. It wasn’t anything that you would think about a mere five seconds after putting down the controller…most likely in disgust after a certain scene involving Tails. Let me just spare you the rest of that. So, if you don’t go into this game expecting much, you might be able to enjoy it. Just be warned: It is not the end-all-be-all of RPGs that I personally thought it would be!

Well, that is it for this revolutionary edition of the Thumbs. I know some of you may still be shocked by the words that you read here and about my POWERS! But, I assure you that you can trust the words of the THUMBS! I mean, when have they EVER lead you astray? That’s right, never… they’re just too amazing for that.

Welcome to "Carbonated News," the column that gets you up-to-date on the latest videogame-related news. Our biggest story today